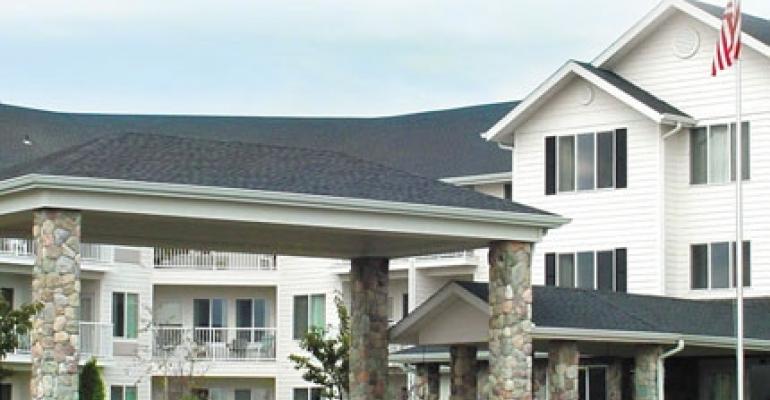 The privatization wave that has hit the multifamily and office sectors is now washing over the seniors housing industry. In a blockbuster deal announced in December, private equity firm Fortress Investment Group LLC of New York agreed to purchase the 35,000-unit North American portfolio of Holiday Retirement Corp. Based in Salem, Ore., Holiday is one of the biggest owners and operators of retirement buildings in the country.

The Holiday deal, which is expected to close in the first quarter, includes 265 properties in the U.S. and 34 in Canada. With an estimated price tag between $6 billion and $6.5 billion, the deal was reported to be among the largest ever for a seniors housing company and could trigger a consolidation wave, experts say.

While industry experts don’t see mega deals like the Holiday transaction on the immediate horizon, they fully expect well-run regional companies to get snapped up along with more M&A activity among REITs. “We’ll see an increased amount of institutional investors in this space,” predicts stock analyst Jerry Doctrow, managing director at Stifel Nicolaus Capital Markets in Baltimore.

On the hunt for attractive yields, institutional investors over the last two years have increasingly been attracted to seniors housing. Investors are drawn to the strong demographics of an aging population coupled with new upscale buildings that offer residents services such as meals and housekeeping.

The real estate fundamentals also are healthy. Marcus & Millichap reports that the occupancy rate for independent seniors housing is 97%. After a period of overbuilding in the late 1990s, new construction has been modest. In addition, rents are rising 5% to 10% a year, industry sources say. “A lot of capital is interested in these deals because the fundamentals are strong,” says Doctrow.

The Holiday deal was priced at about $170,000 per unit, sources say, a top dollar amount. The cap rate was reported to range between 5.5% and 6%, low for a seniors housing portfolio.

With sales of about $1 billion in 2005, Holiday was an attractive buy. Started in 1971 by controlling shareholder William Colson, the company built a reputation as a quality developer and operator of moderately priced apartments for independent seniors. The company’s portfolio drew attention from large investors, sources say, including other big private equity firms such as Kohlberg Kravis Roberts & Co. and The Blackstone Group.

Fortress has $26 billion under management and filed for an IPO last November. This is the first listing in this country of its kind by a hedge fund and private equity investment firm. Timing of the offering, which could raise as much as $750 million by selling a 10% stake in the company, has not been announced.

But the deep-pocketed firm already has a big stake in the industry as controlling shareholder of publicly held Brookdale Senior Living Inc. (NYSE: BKD), which has been on a buying binge. In 2005, Brookdale added about 300 properties when it purchased Alterra Healthcare Corp. Last year, it bought American Retirement Corp. for $1.2 billion.

Sources say it’s unlikely the Holiday portfolio will be rolled into the Brookdale operation, at least not in the near term. They add that Holiday’s strong management team will probably remain in place.