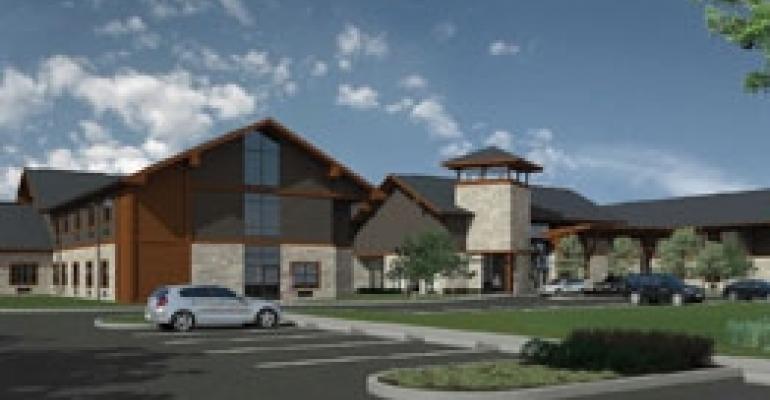 It is clear that seniors housing construction is in a low trough and will remain so for at least the next year. And, as REITs battle for existing portfolios, building new properties remains the purview of small-to-mid-level firms.

Current construction for seniors housing is down more than 100 percent from 2007-08, to just over 2 percent of total inventory, a disparity that’s pushed up occupancy to 88.8 percent. There’s also no question that demand is high, with waiting lists at many properties.

The largest benefit of seniors housing, however, is the expected need that’s going to just keep increasing for the next 40 years. By 2050, those 65 years old and older in the United States will number almost 90 million, more than double the 2010 census count. Thus, the first companies to get established as the top builders of seniors housing could reap strong rewards for at least another generation.

Zeke Turner, CEO of Indianapolis-based Mainstreet Property Group, says his firm currently has a pipeline of about $500 million of new seniors housing in the works or on the drawing board, mostly for skilled nursing. This includes the recently announced development of four seniors communities in Indiana for $60 million. Turner says the average potential seniors resident doesn’t want to receive care in a 30- or 40-year-old nursing home.

“You’ve got about 15,500 nursing homes throughout the United States that were built before 1975, and they’re all virtually obsolete,” Turner says. “The consumer wants private rooms and baths, engaging social activities and restaurant-style dining. They see the old nursing homes as a last resort. We believe there’s ample demand for new skilled nursing and assisted living properties.”

Assisted living properties have seen more of a rise in demand than independent living. Seniors are staying in their homes longer, for reasons ranging from underwater homeowners to the improvement in at-home care. This has pushed the age of those entering elderly housing higher and higher, with more 85-year-olds (mostly female) signing leases than ever before and memory care sites in the most demand (California alone expects to have more than one million sufferers of dementia by 2030). This has kept operators on their toes to provide more need-based care.

Rick Matros, chairman and CEO of Irvine, Calif.-based Sabra Health Care, agrees that the bulk of new construction is led up by small-to-mid-sized companies. His REIT, formed to handle the real estate property of Sun Healthcare Group Inc., is developing up to 10 seniors housing and memory care facilities throughout the country by 2014 with First Phoenix Group LLC. First Phoenix will build, sell and then lease back the roughly $150 million worth of new properties, Matros says.

He says the new product will be a far cry from the current hallway and multistory models. “Those were built in many cases by multifamily developers who don’t think like senior housing developers,” Matros says. “These newer properties are going to be more resident focused, especially the memory care facilities. Technology has advanced for memory care to the point where seniors housing operators can provide this type of care, with better monitoring. Every resident, for example, can have a wristband GPS device, with staff members able to track residents with iPads.”

Other advances will include a pod-type construction for memory care, where unit doorways all face into a central open area. “When you exit the room, it’s hard to get lost,” Matros says. “The activities and dining and staff will all be in one easy-to-get-to place.”