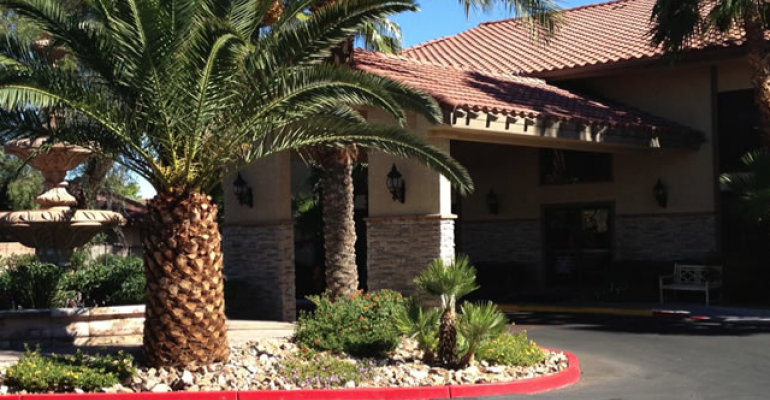 Seniors housing finally cracked the 90 percent occupied mark in the third quarter 2014, and record-high acquisition numbers just continue to grow, according to reports from the industry.

The average occupancy rate for seniors housing properties in the United States was 90.3 percent, an increase of 0.4 percent, according to a third quarter report by the National Investment Center for Seniors Housing & Care. Occupancy is up 3.4 percent since the cyclical low of 86.9 percent during the first quarter of 2010. Also, annual absorption and rent growth both grew by 0.3 percent, to 2.9 percent for the former and 2.3 percent for the latter, according to the NIC data.

Beth Mace, NIC’s chief economist, attributed the growth in the quarter to positive news in the national economy and improving labor markets, such as the nation’s unemployment rate dropping to 5.9 percent in September. “Household net worth has returned, job growth is improving and consumer sentiment is rebounding,” she says. “All of these factors are reflecting on the ability and willingness of seniors to move into housing.”

The demand for seniors housing is at an all-time high, as new development is just starting to roll forward in some markets, with current construction at 3.4 percent as a share of existing inventory. The recession held back construction for a few years, and modern seniors are selective than in years past, wanting modern amenities. Also, people are living longer. A recent report from the U.S. Centers for Disease Control and Prevention’s National Center for Health Statistics shows that life expectancy in the country to 78.8 years old, thanks to a slower death rate for major diseases such as stroke, cancer and heart disease.

The solid occupancy and growth has drawn new investors to the market, Mace says, with the recent annual NIC conference in Chicago hosted about 2,300 people, the highest level of attendance the organization has ever seen. Non-traded REITs raised about $20 billion in 2014 for healthcare finance, including seniors housing, and are expected to raise $30 billion in 2015. Closed transactions through August were at $11 billion for the year, up 28 percent from the first eight months of 2013, according to NIC data. Although this is reflective of the $2.8 billion Brookdale Senior Living acquisition of Emeritus Corp., that figure doesn’t include the pending $4 billion deal by NorthStar Realty for Griffin-American, expected to close sometime in the next few months. “We think interest from all investor levels will be pretty active in the next 12 months,” Mace says.

Seniors property executives agree that acquisitions will continue to be the key growth strategy in 2015, according to a recently released survey by GE Capital, Healthcare Financial Services. Two-thirds of the 150 executives surveyed said their primary strategy for growth next year will be to buy or merge with existing properties or operators. About 51 percent said funds for acquisitions will be the most important type of financing they seek, while only 31 percent said they were likely to seek construction financing.

James Seymour, senior managing director of GE Capital’s real estate financing team, says when combining strong short term property fundamentals, attractive long term demographics, and interest rates that remain very low, conditions are very favorable for continued M&A activity. He says on the recent survey, the question with the most significant change was the one about the industry’s greatest challenge over the next 12 months.

“More than one-quarter [26 percent] told us it’s rising interest rates, and 22 percent said regulatory oversight, but only 19 percent of respondents said the U.S. economy, and only 17 percent said reimbursement pressures,” Seymour says. “That’s different from 2013. At that time, the U.S. economy and reimbursement pressures were seen as their top two challenges by 35 percent and 29 percent of respondents, respectively. Customers are telling us that while longer-term concerns remain, the reimbursement environment is more stable than it has been in the past few years.”