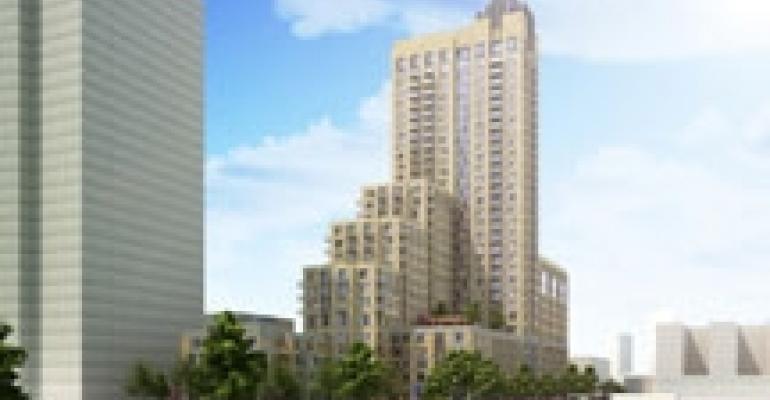 Meanwhile, Greystone Communities, which had been owned by Sunrise, was bought back by current Greystone executives in a deal that included some seller financing.

Greystone develops and manages continuing care communities for non-profit sponsors. Based in Irving, Texas, the company employs about 200 people. Sunrise purchased Greystone in 2005 for about $45 million.

The Greystone sale brings Sunrise some much-needed cash and also ends its commitments for future capital to fund certain Greystone developments. "Sunrise still has an attractive brand and core business. It needs to find a way to raise some capital," says Jerry Doctrow, managing director at investment banking firm Stifel Nicolaus based in Baltimore.

Several years ago Sunrise ran into trouble and was the subject of an SEC investigation regarding a variety of accounting problems. The company also borrowed heavily to finance its growth but has been unable to refinance properties due to the lack of available credit.

Though Sunrise has been in violation of its loan agreements, the company struck a deal with its lenders in late March to waive compliance with certain financial covenants until April 30 to provide some time to work out a new agreement.

Sunrise also cut its corporate staff and began to wind down its development group at the end of last year. Enough development staff has been retained to manage current projects under way, a Sunrise spokesperson says.

For Greystone, Sunrise received $3.5 million in cash, a $6 million note due March 18, 2016 and a $2.5 million cash-flow note due March 31, 2029. Sunrise will also receive 35% of net proceeds from distributions from investments in certain Greystone developments.

"It was clear [Sunrise] couldn't fund its obligations because it was in a cash bind," says Greystone Chairman Michael Lanahan. In order to save Greystone and fulfill its development commitments, Lanahan adds, "We wanted to own [the company]."

Greystone will operate as a privately held company. Its management team remains intact. Institutional and private investors will replace Sunrise as a project-funding source, Lanahan notes.

Some continuing care projects have been delayed, however. Many large projects, with price tags as high as $200 million, are funded with tax-exempt bonds. That market has been virtually shut down since the credit crunch hit last fall.

The Admiral at the Lake will not begin construction until the capital markets improve, Lanahan says. Even so, he is optimistic about the continuing care market. He expects the bond markets to revive in early 2010. Consumers see the value of continuing care, Lanahan adds. "People who've moved into these projects are happy they live in an environment where the monthly fee takes care of 65% of their daily needs.”

On March 31, several former Sunrise development team executives formed Davos Development. "We built one out of every three assisted living units in North America over the last five years [while at Sunrise]," says Frank Rockwood, principal at Davos in San Francisco. "We were building high-quality products in high-quality locations."

Davos plans to continue on that course, Rockwood says, though the firm will develop all types of senior living projects, from age-restricted multi-family buildings to dementia-care facilities. Davos also will develop projects with a range of price points, says Rockwood, and seek redevelopment opportunities.

The company’s focus will be on markets where the principals have been active, mostly top-tier metro areas with high barriers to entry. These include San Francisco, Chicago, and Denver. The company also is looking at opportunities in Honolulu, St. Louis and South Florida.

Rockwood feels the fundamentals of seniors housing are still strong, and the sector isn't overbuilt. "Seniors housing will be one of the products to get funding first," he says, though he doesn't expect to start any projects for six to 12 months.

Davos might even develop buildings for Sunrise one day since the executives left there on good terms. Says Rockwood: "We'd love to work with them."