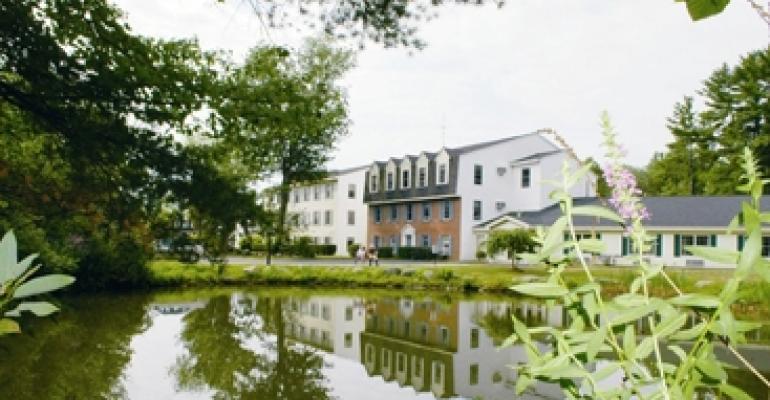 Under the agreement finalized in mid-November, the newly formed Sabra Health Care REIT acquired the real estate assets of Sun Healthcare. The buildings will continue to be managed by Sun Healthcare. Both companies are based in Irvine, Calif.

Sun Healthcare operates 166 skilled nursing centers, along with about 25 other seniors housing properties, in 46 states. Annual revenues are about $1.9 billion.

Sabra took ownership of 86 properties, including 67 skilled nursing facilities, a mix of assisted and independent living buildings, and two mental health facilities. The properties are located in 19 states. The portfolio is valued at about $700 million.

Andrews adds that Sabra’s plan is to diversify its portfolio by acquiring hospitals and medical office buildings. “We do not want a single tenant concentration.”

Investors increasingly favor real estate with a health care component. They perceive it as a defensive measure because the sector has continued to grow during the downturn, experts say.

Health care REITs have been the top performing commercial real estate property sector over the past decade, achieving a 10-year compound annual return of 19.83% through Nov. 30, 2010, according to the FTSE NAREIT U.S. Real Estate Index.

REITs on a roll

The split comes amid a wave of health care REIT activity in seniors housing. Flush with cash, REITs have been on an acquisition spree.

Last week, HCP Inc. announced that it would purchase HCR ManorCare in a deal worth $6.1 billion. Ventas, in October, reached an agreement to acquire the 118-property portfolio of Atria Senior Living Group for $3.1 billion. And Last August, Health Care REIT formed an $817 million joint venture with seniors housing owner and operator Merrill Gardens.

With large REITs snapping up big operators lately, Andrews believes there’s an opening for a REIT like Sabra to partner with smaller operators. “We fill a niche for regional operators and developers looking for an exit strategy.” Sabra’s acquisition targets are properties ranging in price from $10 million to $30 million.

Sabra starts out with about $65 million of cash on hand. The company also has a three-year revolving bank loan of $100 million that can expand to $200 million. About $140 million is currently available to invest, Andrews figures. “We are looking at a number of deals.”

Most nursing home revenues come from Medicare and Medicaid payments. Policies instituted by the federal Medicare program to take patients out of acute care hospitals and place them in lower-cost nursing homes is expected to boost occupancies at Sabra-owned buildings, says Andrews.

Approximately 20% of Sun’s units are short-term stay rehab suites, which are reimbursed by Medicare at rates higher than those paid for long-term care residents subsidized by Medicaid. For example, Langdon Place of Exeter, N.H., now owned by Sabra, offers assisted living apartments and rehabilitative services.

While Medicaid programs are under stress because of state budget shortfalls, Andrews says the Sabra portfolio is spread over a number of states. And, he adds, states are reluctant to cut reimbursement rates to nursing homes, which could trigger the loss of federal matching funds.

Sabra’s triple-net leases with Sun Healthcare have 10-year terms and two five-year renewal options. The leases call for no rent increases until Nov.15, 2011, a year after the original companies split. After that, rent increases will be based on the rise in the Consumer Price Index, or 2.5%, whichever is less.

Also, the Sabra portfolio starts with a 1.6x EBITDAR (earnings before interest, taxes, depreciation, amortization and rent) coverage ratio. That means the operating income is 60% higher than the rent, notes Andrews. “The operators have room to absorb challenges they are facing, so we are comfortable.”