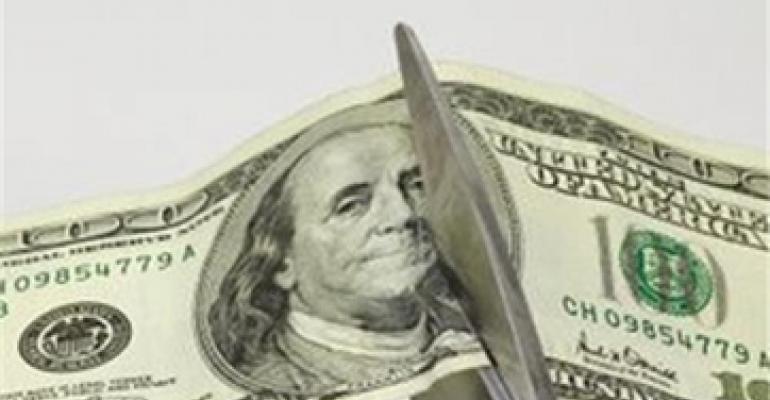 The nursing home industry suffered a startling setback July 29 when the federal government announced that Medicare rates will be slashed by 11.1% starting Oct. 1.

The unexpected rate cut has sent nursing home operators scrambling to figure out how to pare expenses. Stocks of publicly traded nursing home companies plummeted by as much as 50% on the first day of trading after the announcement.

Developers, meanwhile, have scratched plans to build new facilities, as the big REITs that own nursing homes are left trying to gauge the fallout from the policy shift.

“We were stunned by the announcement,” says John Taylor, president and CEO at Stonegate Senior Living, a Texas-based nursing home developer and operator. “We did not expect this.”

The cuts are being made to Medicare reimbursements paid to nursing facilities for seniors receiving post acute care. This care is provided to Medicare recipients recovering from surgery or an illness who require rehabilitative services before retuning home.

Hospitals typically discharge seniors as soon as possible to skilled nursing facilities for care in order to reduce costs.

The changes only impact short-term stay residents at nursing facilities. Medicare does not pay for long-term care at nursing homes.

But over the last few years, a growing number of nursing homes have added more rehabilitative services in order to attract more Medicare reimbursed residents.

Medicare pays about $500 a day for short-term stay services, whereas a long-term care resident might only pay about $120 a day.

“Everyone will have to re-evaluate the earnings potential of nursing home investments,” says Robert Mains, a research analyst based in the Saratoga Springs, N.Y. office of Morgan Keegan & Co.

Nursing home operators are taking the biggest hit. Stonegate is privately held and operates 30 buildings owned by company principals and other investors. Stonegate’s newest property is the Villages at Southern Hills in Tulsa, Okla. The property has 100 skilled nursing home beds and 52 assisted living apartments.

The revenue impact of the Medicare rate cut on Stonegate will be in the tens of millions of dollars, Taylor figures. The impact won’t be the same on every building, however. The loss will depend on the resident case mix at each property, though Taylor expects some buildings to lose as much as $1 million in annual revenue.

Operators can’t make up the difference by raising rates since the buildings rely on set government reimbursements. That means expenses must be cut. “Staff will be decreased,” says Taylor.

The potential revenue loss sent stocks of publicly traded nursing home companies plummeting after news of the rate cut. The stock price of Kindred Healthcare Inc. (NYSE: KND) closed July 29 just before the announcement at $18.84. The price fell to $13.33 on the first day of trading after the announcement.

In an Aug. 8 conference call with stock analysts, Kindred President Paul Diaz said that the company’s nursing center business revenue could be reduced by as much as $95 million. Kindred’s stock closed August 23 at $12.28.

The big REIT stocks also took a hit. Chicago-based Ventas owns 399 nursing homes. Its largest skilled nursing operator is Kindred. Ventas’ stock price after the announcement had dipped by as much as 19% to $43.96. The stock has since bounced back, closing Aug. 23 at $50.37.

In the near term, the REITs that own nursing homes might not be impacted much by the rate cuts. The net operating income (NOI) from the homes will be enough to cover rent payments, according to Ray Lewis, president at Ventas.

“We have strong coverage.” Kindred’s EBITDAR-to-rent coverage, or cash flow coverage, is still in the 1.9x range, compared with about 1.3x coverage for other types of seniors housing properties owned by Ventas.

“We underwrite nursing homes very conservatively because of the potential ebbs and flows of government reimbursements,” says Lewis. Half of Kindred’s leases with Ventas are due for renewal in 2013.

“Our coverage is not as robust as it was,” admits Harold Andrews, CFO at Sabra based in Irvine, Calif. “But our operators have the cash flow to pay the rent.”

Owners and operators alike are shifting their strategy going forward. Stonegate Senior Living had six new projects in the pipeline when the Medicare announcement was made. The company has put those projects on “pause,” says Stonegate’s Taylor, until the full impact of the rate cut can be determined.

Will investors shy away from buying nursing homes? No one expects the wave of nursing home bankruptcies similar to what transpired in the late 1990s after a big Medicare rate cut. But the recent changes will cause investors to take a closer look at nursing home operations, investors say.

“We are still bullish on nursing homes in the long term,” emphasizes Andrews of Sabra. Nursing homes are still the low-cost provider of post-hospital care, he adds, though the Medicare rate cut will figure in underwritring for future acquisitions. “We will focus on strong operators.”