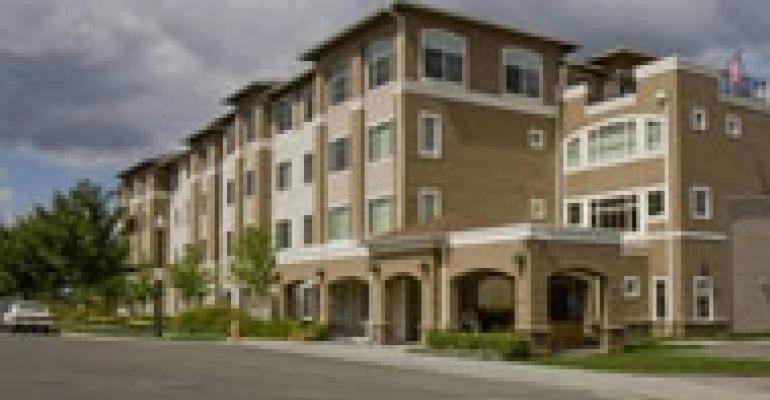 The financial meltdown of Sunwest Management continues to send shock waves through the investor and seniors housing communities, and raises new questions about how tenant-in-common (TIC) offerings will be marketed and sold in the future.

At its peak, Sunwest was one of the largest assisted living owners and operators with over 275 properties in 37 states and an estimated annual revenue of $500 million. The Salem, Ore.-based company employed 12,000 people.

But by January of this year, over 100 Sunwest properties had been placed in foreclosure, receivership or bankruptcy, essentially wiping out investors. A rash of lawsuits have been filed against Sunwest and its owners. State health regulators have targeted some of the properties for quality of care, too.

The SEC complaint says Sunwest raised $300 million from more than 1,300 investors by promising a steady income stream and touting its success in running properties. The properties were sold as TIC investments.

TICs typically purchase apartments and commercial office buildings. The complaint charges that Sunwest told investors that they would be investing in a particular property that would generate annual returns of 10%.

The SEC alleges that at least half the properties lost money, and Sunwest concealed this from investors by commingling funds. Investors were paid from these commingled funds as well as from mortgage refinancings. “By commingling the funds, they were able to move cash wherever they needed it and bury the dirty laundry for some time,” says Fagan.

Steve English, a Portland attorney who represents Harder, the former CEO of Sunwest, says funds from established and well-occupied buildings were used to pay the expenses at new buildings that had not yet reached full occupancy. “They had to heat the place, buy food, and pay the mortgage,” he says.

The fund transfer from one building to another was booked as a loan, says English. “There was no effort to hide it.” The loans were not revealed in the investors’ prospectus, English admits.

But he says investors did receive financial statements documenting the loans. The loans were to be repaid when the buildings reached full occupancy. But when the financial crisis hit last year, English says, “They were caught short.”

For now, Sunwest is being run by turnaround specialist Hamstreet & Associates, Portland, Ore., brought in by Harder when he resigned. On March 12, the SEC and Sunwest reached a court-ordered agreement that allows Hamstreet to continue to operate Sunwest, which is expected to file for bankruptcy.

Currently, 26 buildings, structured as separate limited liability corporations, are in bankruptcy. Another 11 buildings have been returned to lenders and 10 are being transferred to TIC investors, according to a spokesperson at Hamstreet. Six properties are under contract for sale and five have been sold to individual buyers.

Lone Star has hired the Senior Resource Group to operate the properties. The buildings are being managed under the La Vida brand name.

The buildings have an average occupancy of 82% and some of the properties are fully occupied, according to Donna Thomas spokesperson for the Senior Resource Group, Solana Beach, Calif. None of the buildings is involved in a lawsuit. Senior Resource is currently evaluating the buildings to make sure they are in good repair and meet local licensing requirements for assisted care.

As the Sunwest case moves through the courts, questions have emerged about the future of TIC property sales. TICs can be sold as real estate investments or as securities. Real estate TICs are not held to the same high standard of disclosure as securities investments, say experts.

“It’s given all of us in the industry a black eye,” says Wes Larson, CEO and president of ClearView Real Estate Capital, Issaquah, Wash. ClearView sells securitized TIC investments.

Regulators have been cracking down on TICs. In a case similar to that of Sunwest, the TIC operator DBSI has been charged with securities fraud by the Idaho Department of Finance. The lawsuit alleges that investors were bilked out of millions of dollars through the sale of unlicensed securities. DBSI, with 240 commercial properties valued at $2.4 billion, filed for bankruptcy last November.

The Tenant-In-Common Association (TICA), a TIC trade group, recommends that all TICs be structured as securities. “Most of our members sell TICs as securities,” says Katherine Finley, TICA executive director. She reports a recent decline in TIC volume but attributes the slide to the shaky real estate market and not to the securities fraud allegations.

Investment adviser Larson at ClearView Real Estate Capital thinks real estate TICs will disappear. “No broker will want to take the risk of being run up on securities fraud,” he says.

TICs are a security, says Jeff Hanson, president and CIO at Grubb & Ellis Realty Investors, a large TIC sponsor based in Santa Ana, Calif. Hanson expects some negative fallout for the TIC industry stemming from the Sunwest and DBSI cases. “Investors know the blue chip names,” he says, “and who they can trust.”