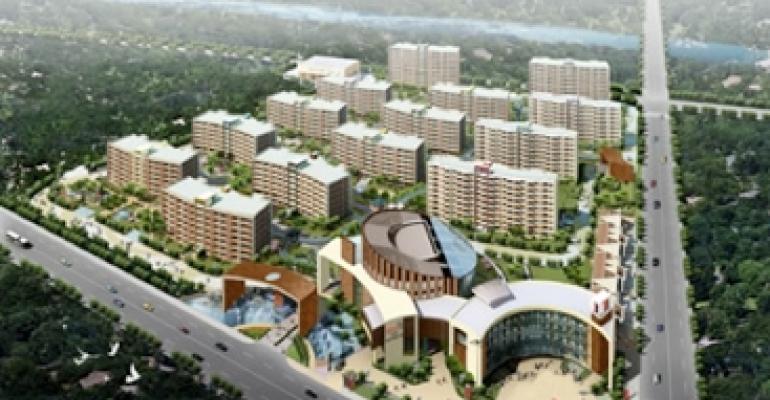 It’s no wonder U.S. seniors housing companies are eager to do business in China, a market with potentially rich rewards and some high risks. The number of persons age 60 and over in China will exceed the entire population of the United States by the year 2050.

“The size of the market and the degree of opportunity in China takes your breath away,” says Robert Kramer, president of the National Investment Center for the Seniors Housing & Care Industry (NIC) based in Annapolis, Md. “But success will not be easily accomplished.”

Among seniors housing companies already doing business in China or planning to do so:

• Memphis-based CRSA announced this month that it has entered into an agreement with a Chinese company to develop and manage senior living communities across China.

• Emeritus, the giant assisted living owner and operator, and Columbia Pacific Advisors are exploring opportunities in China together.

• Merrill Gardens opened an office in China last October, with plans to expand there in June. The Seattle-based seniors housing owner and operator has an agreement with a Chinese company, VCANLand, to consult on a project in Tianjin.

• TransGlobal Assets, based in Nevada, recently entered into a joint venture agreement with a Chinese company to develop a $230 million project in Jinan City.

Besides the swelling ranks of seniors, several other trends are driving interest in seniors housing in China. The country is feeling the impact of its long held one-child policy. The Chinese have traditionally cared for their elders at home, but now there are fewer children to take care of older relatives.

China doesn’t have much seniors housing, even of the affordable type. At the same time, the emergence of a middle class has made it possible for some Chinese to afford service-enriched seniors housing.

“The Chinese government has recognized that seniors housing is a priority,” notes Paul Gordon, partner at Hanson Bridgett in San Francisco. Gordon spoke on seniors housing last summer at a conference in China sponsored by the China Real Estate Chamber of Commerce.

Gordon’s firm also co-sponsored a reception for a Chinese delegation at a recent meeting of the American Seniors Housing Association. “The Chinese are interested in American operational expertise,” notes Gordon.

A purely American business model probably won’t work in China, though, experts say. Direct land acquisition by non-Chinese developers is restricted. Chinese attitudes about aging are far different from those in the U.S. with older Chinese often living with younger relatives. Building design and management must keep Chinese customs in mind.

“No one is sure what the seniors housing model in China will look like,” says Jim Biggs, vice president and director of operations management at Life Care Services, which owns CRSA. Biggs has been traveling to China to learn what kind of housing model might work there.

For example, in China, it’s common for older people to give their homes to their children, or to a relative. “The U.S. model of selling a home to finance retirement is not an option in China,” says Biggs.

China’s first high-end retirement community, Cherish-Yearn, opened in 2008 in Shanghai. The $82 million project has about 800 apartments. Similar to a continuing care retirement community, residents pay a membership fee ranging from $67,000 to $132,000 along with an annual maintenance fee of $3,600.

That’s a high price in a country where the average annual income in the big cities is only about $6,000. But American developers believe there are enough people with higher incomes to capture a small slice of a huge market.

The percentage of older people in the United States who live in assisted living facilities is only in the single digits, and yet it’s a good business, notes Rob Bateman, CFO at Emeritus in Seattle.

So housing just a fraction of the huge seniors population in China could be quite a profitable business. “There’s a huge amount of capacity untapped in China. We have to get in there and try something.”

Emeritus plans to test a few communities before it launches a big development program. The buildings would be 100-unit assisted living facilities that would not offer independent apartments or nursing care. Target markets are Shanghai and Beijing. The facilities would provide assisted services, though care plans would be tailored to the Chinese culture.

Emeritus and Columbia Pacific are 50/50 joint venture partners in the enterprise, though a Chinese partner is also being sought, Bateman says. Columbia Pacific is headed by Dan Baty, who also is chairman at Emeritus. Baty previously headed Holiday Retirement Corp., which built a retirement community near Shanghai in the 1990s that never opened.

The timing could be better now. The Chinese government is known to move quickly when it makes a decision, and seniors housing is now a priority. “Companies want to be in on the ground floor,” says Kramer of NIC.

But American companies are well aware of the pitfalls that lie ahead. They worry about providing expertise and then being cut out of future deals. China already has a growing real estate development industry. Chinese companies are interested in gaining operations knowledge, but want to handle construction and financing themselves.

American companies will have to figure out the best way to work in China, says Kramer. He thinks companies with an equity stake in a project will have an advantage. But, he warns, American companies may provide three-quarters of the intellectual capital, but only get 30% of the returns. “That could be the price to access the market.”