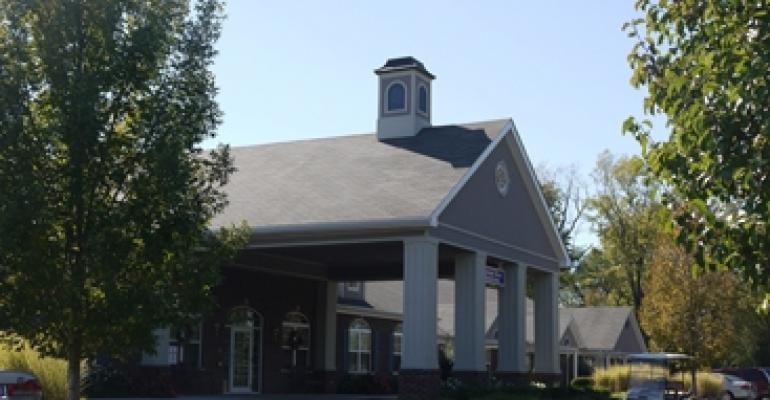 Sales of seniors housing portfolios are heating up as owners of multiple properties find it an opportune time to exit the market while buyers seek to expand their holdings.

Myers, along with Christopher Hyldahl of the firm’s West Los Angeles office, negotiated the $123 million sale of a property portfolio that consists of six seniors housing campuses in Indiana.

The seller was BAI of Indiana, a private, family-owned investment partnership. The buyer was Five Star Quality Care, a publicly traded seniors housing owner and manager based in Newton, Mass.

Another recent sale, brokered by Myers, for $27.65 million featured a portfolio of nine nursing homes in Iowa and Nebraska, representing the first eastward push by California-based buyer, the Ensign Group Inc.

Though the big REITs have grabbed the spotlight with high-profile portfolio purchases, regional companies are buying portfolios as well. They’re paying anywhere from about $20 million to $100 million for 10 to 20 buildings.

It’s a chance for regional operators to enter new markets while garnering some of the efficiencies associated with buying a handful of buildings in one fell swoop instead of one property at a time.

“It’s more work to buy a single property than a group,” notes Myers. He adds that portfolio buyers with an established operation usually enjoy a lower cost of capital than a small investor. “Lenders favor the strongest borrowers,” he says.

In the sale to Five Star, three of the campuses are in the Indianapolis area. The other properties are located in Ft. Wayne, Kokomo, and Noblesville. The Noblesville project is called Riverwalk Village.

All the properties have been operating under the brand name American Senior Communities, but will now operate under the Five Star Senior Living name.

The facilities were built in the late 1990s and some have had recent updates. The portfolio-wide occupancy rate is currently 92%. Five Star owns and operates 10 other seniors housing projects in Indiana.

The six campuses include about 700 total units, with 500 assisted living apartments and 200 patio-style rental homes for independent seniors. Rents average approximately $3,000 a month. Patio home rents range from about $1,600 to $2,100 a month. Assisted living rents are as much as $4,000 a month.

“These are high-quality assets located in solid markets, and their acquisition allows us to further strengthen our presence in Indiana,” says Five Star Vice President Timonthy Bonang.

He adds that the purchase increases the private pay component of the company’s payer mix while decreasing the company’s overall exposure to government-funded programs like Medicare and Medicaid.

In another portfolio sale, the Ensign Group acquired nine skilled nursing facilities for $27.65 million from Sioux City, Iowa-based Careage Management. Five of the properties are located in Nebraska and four are in Iowa.

The average occupancy rate of the portfolio is approximately 74%. The sale included Careage Home Care, a small home health agency based in Cherokee, Iowa. There are no immediate plans to change the names of the Iowa and Nebraska facilities, according to Greg Stapley, senior vice president at Ensign.

Careage President and CEO Dan Myers said in a press release that the company had considered offers from other buyers.

The company’s stock price closed Aug. 22 at $21.95, up from $17.47 a year ago. Like other nursing home companies, Ensign’s stock took a hit Aug. 1, dropping about 22%, after the government announced an 11.1% cut in Medicare reimbursement rates.

The purchase by Ensign represents its first big step outside the western U.S. When entering new markets, the company typically seeks strong-performing, multi-facility portfolios, according to Christopher Christensen, Ensign’s president and CEO.

“We expect the former Caregage facilities to pave the way for additional disciplined growth in Nebraska, Iowa and the Midwest.”