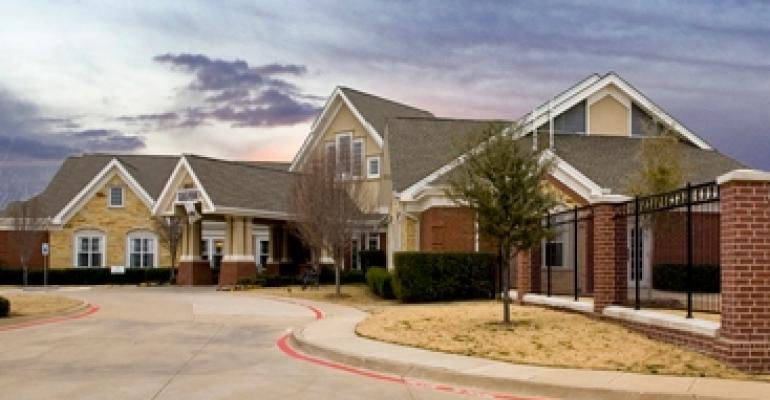 Why Health Care REITs Are Bullish on Seniors Housing

Flush with cash, health care real estate investment trusts (REITs) have been on a buying binge over the past six months, gobbling up nearly $27 billion worth of seniors housing. Industry observers expect more deals to be announced soon as the REITs bet that an improving economy will boost property returns.

Other factors are driving the buying spree. REIT stock prices have been rising, given their access to relatively low-priced capital. Investors are generally bullish and REITs often pay dividends. At the same time, private equity investors that bought seniors housing five to 10 years ago are ready to sell.

The deal, slated to close in the third quarter, will make Ventas the largest health care REIT and the nation’s biggest owner of seniors housing with about 100,000 units. “The deal is a game changer for us,” says Lewis.

Investors apparently like the strategy Ventas is employing. On March 18, the company’s stock price closed at $52.31 per share, up from $47.54 a year ago.

Meanwhile, real estate fundamentals in the seniors housing industry appear to have stabilized. The average occupancy rate in the fourth quarter of 2010 was 87.6%, unchanged from the previous quarter and from a year ago, according to the National Investment Center for Seniors Housing & Care Industry.

Seeking to capitalize on improving conditions, the REITs, in some cases, are using a partnership structure under the REIT Investment and Diversification and Empowerment Act (RIDEA) of 2007. It allows REITs to keep a share of the building’s operating income and not just the lease payments.

“The RIDEA structure is right for certain situations,” says Scott Estes, executive vice president and CFO at Health Care REIT (NYSE: HCN). The deals work best with proven operators with buildings at in-fill locations with little competition, Estes says. But the key to success is to give the operator an ownership interest. “We want the operators to drive performance,” he notes.

In 2011, Estes expects the company’s RIDEA deals to have NOI growth of anywhere from 5% to 13%. The RIDEA properties make up about 18% of the company’s portfolio. The remainder is composed of properties with triple-net leases, which generate income growth of about 2% to 3% a year.

In late February, Health Care REIT announced a $2.4 billion deal to acquire the real estate of Genesis HealthCare, which has post-acute, assisted living, and nursing care facilities. Revenue will come from triple-net lease rents. “We have a good balance of properties,” says Estes. Health Care REIT’s stock closed March 18 at $51.69 per share, up from $45.91 a year ago.

Going forward, the challenge for the REITs will be to maintain control over building operations. “They have to pay attention to modernizing facilities to keep up with competitors,” notes Michael Berne, managing director of the seniors housing group at Jones Lang LaSalle. Berne, who is based in New York, also foresees more new development as the access to construction capital improves.

But the seniors housing market could decline if the economy retreats, or if overbuilding occurs. Nursing homes also are susceptible to changes in how the government reimburses long-term care costs, which is a continuing debate in the U.S. Congress.

Meanwhile, more deals are probably yet to come. Though the cost of Class A and B properties has ticked up lately, pricing remains reasonable relative to returns, according to Mel Gamzon, senior managing director at Senior Housing Investment Advisors based in Ft. Lauderdale, Fla. “A number of small and regional operators are looking to monetize their companies.”