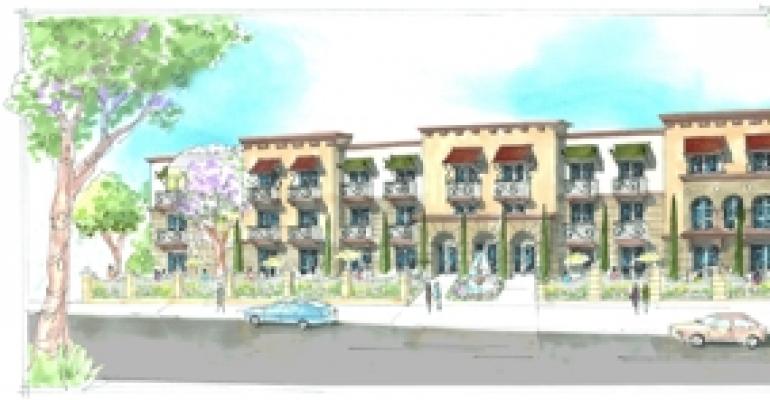 Will Pricing Power Return in 2011?

As a new year approaches, building owners and operators are gauging whether 2011 might be a good time to ditch the concessions and roll out the rent hikes. Landlords think pent-up demand could give them more pricing power as seniors who held off making a move during the economic downturn have no choice now but to act.

Some vital signs are encouraging. Seniors housing occupancies seem to have bottomed out and remain steady at 87.7% in the nation’s top 31 markets, according to the National Investment Center for the Seniors Housing & Care Industry (NIC).

In addition, few new seniors housing projects are under way. The number of units being built is only 2% of the existing inventory, NIC says. The economy seems to be finding its footing again, too. Total nonfarm payrolls rose by 151,000 in October, higher than the 70,000 gain expected by Wall Street economists.

“Pricing will move up with occupancies,” predicts Granger Cobb, president and co-chief executive officer at Emeritus Corp. (NYSE:ESC), a large assisted living owner and operator based in Seattle. “It’s a question of when, not if.”

Landlords are certainly ready for higher rents. From 2009 to 2010, rental rates at seniors housing properties rose only 0.7%, according to NIC. Net operating income at many companies is flat or slightly down, says Michael Hargrave, vice president at NIC. “Rental rates are going up, but at a very slow pace.”

On the plus side, the big publicly traded companies reported higher third-quarter revenues compared with the same period a year ago:

• Brookdale Senior Living (NYSE:BKD) had an increase in revenue per unit of 3.1% at comparable properties.

Despite some positive trends, concessions to boost occupancies are still widespread. Building operators have generally shied away from offering annual rent reductions. Instead, they have relied on temporary discounts such as eliminating the move-in fee, providing a month’s free rent, or paying for a move.

Emeritus just announced a nationwide free rent sweepstakes. Those who tour an Emeritus building before the end of the year can enter their name in a drawing to win free room and board for a year at an Emeritus assisted living community. The prize is worth about $50,000.

Emeritus didn’t offer across-the-board concessions during the downturn. “We look at rates market by market,” says Cobb at Emeritus. On a same community basis, average monthly revenue per occupied unit in the third quarter increased to about $3,800, up about 3.5% from the same period last year.

Rents at the 132 Sunwest buildings acquired by Emeritus last August are not as high, however, averaging only about $3,100 a month. But performance at the former Sunwest properties is improving, Cobb says. The company is rolling out a capital improvement campaign to spruce up the properties. The buildings have new marketing materials, too.

Occupancies at the former Sunwest buildings average about 80%, compared to about 87.1% for the entire Emeritus portfolio. “We have a lot of room there to grow,” says Cobb. Though the overall leasing climate has improved, Cobb doesn’t expect annual rent hikes to return to the old norm of 5% to 6% a year until occupancies go up.

Rent hikes on the horizon

Silverado Senior Living plans to raise rents Jan. 1. The company owns and operates 20 memory care buildings. Rates for current residents will increase about 3% to 5% at the start of the year. Rents currently average $6,000 a month for a shared room. New residents will pay about 5% more for a room in January.

“We don’t offer concessions,” says Mark Mostow, senior vice president of sales and marketing at Silverado based in Irvine, Calif. The buildings have a high staffing ratio of about one caregiver for every seven residents. The buildings also have nurses on duty 24 hours, along with a full-time nursing director and social worker. “We provide the Bentley of memory care,” says Mostow.

Occupancies at the Silverado buildings currently average about 88.5%. A new project, Beverly Place in Los Angeles, opened in 2010. Silverado plans to continue its slow expansion strategy adding a building or two every year, Mostow says.

Fairly typical of many building operators, Senior Lifestyle Corp. will only raise rents very selectively in 2011. The Chicago-based company has 70 buildings in 15 states. The average rental rate increase will be about 4%, according to RonnDa Peters, director of community outreach at Senior Lifestyle.

Rate increases will depend on the region where the building is located, Peters emphasizes, and also on the individual resident’s situation. Peters anticipates that small markets and regions where occupancies are currently soft won’t see big rent hikes in the year ahead.

Rents also probably won’t be raised for residents who can’t afford a hike, says Peters. “We don’t have any blanket increases.”