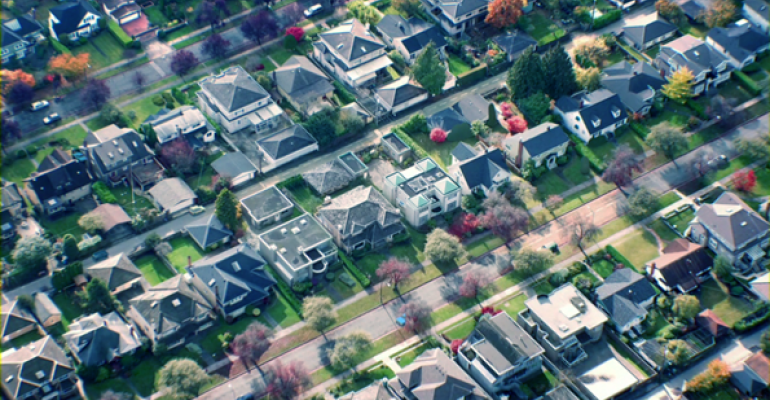 Investors can still find places were the home prices are low and the rents for houses are high.

It’s a tough time to buy single-family rentals. The average purchase price is currently very high, making investing more difficult—even though demand for rental housing is strong and the rents that tenants are willing to pay are rising.

“It’s fair to say we are near the top of the housing market in terms of prices,” says Daren Blomquist, senior vice president at ATTOM Data Solutions, a property data firm.

But investors are still finding attractive places to buy. They are looking for markets where home prices are still low enough and average rents are high enough to provide attractive yields. They also look for counties where average wages are rising and the number of young people is at least staying level or growing.

In 2016, more than a third of all home sales—35 percent—were to buyers who didn’t intend to live there themselves (the tax bill for the transaction went to another address), according to ATTOM. That likely means the buyers intend to rent out the property.

So investors are still finding attractive deals, despite high prices. Some of the opportunities can be found in tech hubs, vacation destinations, rapidly growing markets and overflow areas, according to Steve Hovland, director of research with HomeUnion.

The largest owners of single-family rentals are buying relatively few new assets, even compared to the years before the housing crash. REITs like Invitation Homes and American Homes 4 Rent did not exist back then. These REITs have access to ready money, but with prices so high, they’ve backed off from acquisitions.

“They have shifted from acquisition mode to shoring up their business,” says Blomquist. “They are not selling properties at any scale.”

In 2016, just 3.1 percent of all home sales were to entities that bought 10 or more properties, according to ATTOM’s review of public records.

Where the opportunities are

Nevertheless, investors can still find places were the home prices are low and the rents for houses are high.

“These are focused in the Rust Belt, along with the Southeast,” says Blomquist. “The primary reason for that is the lower price points in these markets compared to other parts of the country.”

In Clayton County, Ga., investors bought single-family rental houses at an average gross rental yield of 23.7 percent in the first quarter of 2017, according to ATTOM. That figure is based on a median sale price in the county of $70,000 and an average rent of $1,383 a month for a rental unit with three bedrooms, according to the Fair Market Rents set by the Department of Housing and Urban Development.

The best places to get yield today are far away from the markets where institutional investors bought thousands of properties earlier in the recovery. “The action has moved from markets like Phoenix and Las Vegas to secondary and tertiary markets,” says Blomquist.

Investors are likely to look for opportunities in places where the local economy is healthy. For example, Oswego County, N.Y. offered investors an average gross rental yield of 16.3 percent in the first quarter. Wages grew by 9.3 percent in Oswego in the third quarter of 2016 compared to the year before.

Investors should probably avoid markets that young people are leaving in significant numbers. In Oswego County, 18 percent of the population was made up of Millennials in 20145,  holding steady with 2014 demographics.

Investors can also find opportunities in cities where home prices are more expensive. But they will need to rely on very high rents to make up for the price of buying the house.

For example, Sacramento, Calif. is still the most attractive market to invest in for single-family rentals, according to HomeUnion data. “Sacramento charged to the top of the list based on the nation’s second highest rent forecast,” notes Hovland.

HomeUnion also includes San Jose, Calif. on its list of the most attractive markets for investment. “Well-paying, high-tech jobs are driving the rents higher,” Hovland says. However, buyers must be careful not to pay more for a house than even rising rents can support.