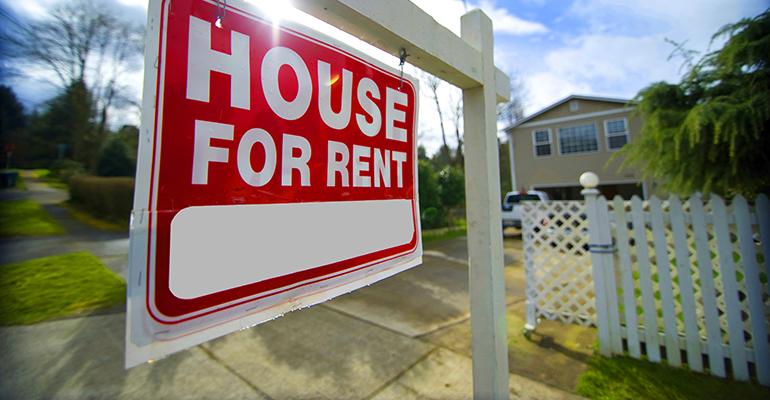 For-sale houses have emerged as a greater source of competition for existing SFR assets, along with new houses that are being built to be rented.

A strong economy is helping drive demand. But rents are not growing as quickly as they used to. For-sale houses have emerged as a greater source of competition for existing SFR assets, along with new houses that are being built to be rented. However, rents do continue to grow in most metro areas, and the vast majority of SFRs are occupied.

The percentage of SFRs that were occupied at the end of 2017 averaged roughly 95 percent, according to data from firms like John Burns Real Estate Consulting, Roofstock and Attom Data Solutions.

“Occupancy rates are ticking down a little bit—not a lot,” says Daren Blomquist, senior vice president with data firm Attom, which reported an average occupancy rate of 95.70 percent for the sector in the fourth quarter of 2017, down  just 20 basis points from the year before.

At the same time, the rents managers charge for SFR units are growing, but only slightly faster than inflation, at an average rate of about 2.5 percent per year, according to Roofstock.

“We have seen rental growth rates come down slightly to a more normalized run rate,” says Palacios. “Markets that ran hot for many years, such as Denver, have cooled somewhat.”

Rents in Denver have grown by 40 percent since 2011, expanding at a rate of 6.0 percent to 10.0 percent annually. During last year, however, rents in the city grew at a rate of just 4.0 percent.

“Eventually you have to come down from stellar year-over-year rent growth,” says Palacios.

Rents are still growing fast in metropolitan areas including Las Vegas, Phoenix and Atlanta, where the rents are now growing at a rate of roughly 5.0 percent year-over-year, according to Palacios.

SFR rents are also growing quickly in strong jobs markets like Southern California. Rents grew an average of 5.0 percent over the last year in Riverside-San Bernadino and 6.3 percent in Los Angeles, according to Beasley.

The demand is relatively stable

Potential homebuyers have started to buy homes again, and that may have drained some demand from the SFR market. The percentage of households which own their own homes rose to 64.2 percent in the fourth quarter of 2017. That’s up from a low point of 62.9 percent in the second quarter of 2016, according to Census data.

“The implication is that rental demand would be waning,” says Blomquist.

However, homeownership might not create as much competition for rental housing operators in 2018. The reform of the federal tax code, passed by Congress at the end of 2017, cut deeply into the tax incentive to buy a home. “One impact of the new tax bill may be increased demand for renting,” says Roofstock’s Beasley.

The number of single-family homes that are available for rent rose 19.5 million in November 2017, up from 19.1 million just six months before, according to Attom.

How did the number of SFRs increase in 2017, at the same time as the number of foreclosures has shrunk and the number of homeowners increased? “Some of the 2.0 percent increase we saw in 2017 comes from developers building new homes as rentals,” says Blomquist. “We believe this will likely be a growing trend in 2018.”