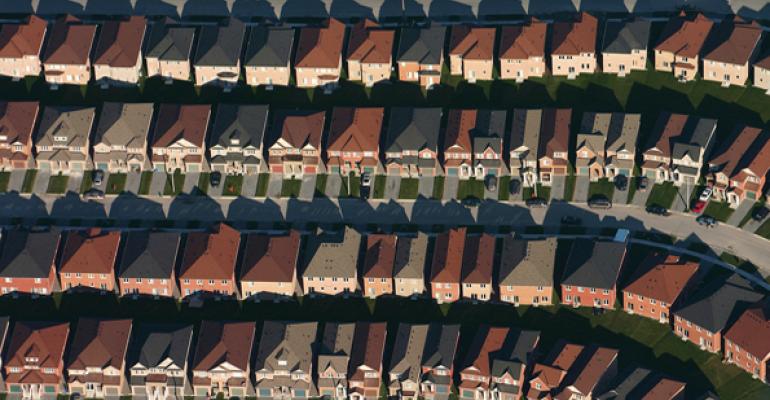 Institutions Have Lots of Room to Grow in the SFR Space, Research Suggests

There is a lot of room for SFR operators to go from a 2 percent share of the housing market to a much bigger number.

Institutional investors helped the U.S. housing market recovery by purchasing single-family rental (SFR) homes after the Great Recession, buying up at least $33 billion in holdings. Compared with the total value of the single-family housing market, that amount is just a start, and a small one at that.

The average purchase and stabilization cost—the amount required to refurbish the homes and get them move-in ready, averaged around $165,000;

Private equity firm Blackstone, through its Invitation Homes business, is the largest single operator in the SFR space;

The Atlanta-Sandy Springs-Roswell MSA is the busiest market for SFRs, and has been since 2010.

NREI spoke with Sandeep Bordia, managing director at Amherst Capital Management and head of research and analytics, about the sector. Bordia shared insights into how SFRs are an emerging asset class with much more room to grow.

NREI: When institutional investors first began investing in this space, they were taking advantage of disruptions in the market. Yet a strong recovery has been underway for some time. What is keeping them invested in the sector?

Sandeep Bordia: The first time we really saw institutions come into the single-family rental market was right after the great financial crisis. At that time, the argument was that it was the first time in history that institutional debt was fortunate to go out and buy homes directly in bulk. That would justify spending any amount of money to either build technology or build scale, and that is exactly what some of the big institutions did. Now, there are two streams of thought. The first is that home prices are cheap. These assets are trading at ridiculously low levels. So an investor might think, ‘It’s a great price. We’re going to buy, then sell at a high price.’ The other is that not only are the assets cheap, but it is actually possible to manage this piece of real estate as commercial real estate, much like apartments or offices. Clearly home prices have gone up a lot. Some entities will sell those properties to either one of the other players or [on] a one-on-one basis. We believe very large numbers of those players will continue to play in this market, because it is more of a business than a trade.

Sandeep Bordia: Going back to late 2014 and early 2015, when we had publicly-traded REITs come into the sector and we had access to data and [quarter] reports—the first set of results claimed mid- to high 50 percent range in net operating margins, compared to 60 percent to 68 percent in the multifamily sector. In the last two years that 50 percent has risen to the low to mid-60 percent range. That is still lower than the multifamily sector, but we’ve seen significant improvement in the last couple of years. We cannot forget the fact that this is still a very nascent industry. Operators are still figuring out better ways of doing things and get economies of scale and expand their portfolios.

As for cap rate returns, one can buy properties at around a 5 percent to 6 percent cap rate range. It is not unusual to assume that home prices could grow at 3 percent on average on these properties. With leverage, buyers can take it to a range of between 12 percent to 16 or 17 percent.

NREI: The report found about 200,000 homes owned by institutional investors, yet the paper also speculates that the figure might be on the lower side. What leads you to believe that they could hold even more properties?

Sandeep Bordia: House sales in the U.S., for the most part, need to be recorded at the county level. We are starting with that data set and tagging buyer names. If Blackstone, as an example, is buying homes, we might go through a bunch of different entries. We would need to parse the data and find that all these eight, 10 or 12 different names represent Blackstone. Even then, we might miss a couple of different entities. When we look at some of the smaller guys, it is not possible to always tag every single name. There are geographies where the data coverage is not great. We have even gone down the path of visiting one of these county places where we signed a bunch of forms so that we could access the data … so clearly the data collection process is all over the place.

NREI: In another finding, the $33 billion in holdings is just a small drop in the bucket compared to the total value ($26 trillion) of single-family homes. How large of a share of the single-family home market can institutional owners potentially capture?

Sandeep Bordia: The total number of single-family rental homes in the U.S. is about 15 million.  Institutions own only 200,000, so that share is really small—less than 2 percent. Multifamily, in contrast, is at 55 percent. There is a lot of room for single-family operators to go from 2 percent to a much bigger number. If single-family operators go from 2 percent to about 5 percent of the single-family market, we are talking about another 500,000 homes coming into the fold. So overall, it is not unreasonable to expect to go to 5 percent in five or seven years from now, but that is conjecture on my part.

Growth in the short-term depends on how much capital is raised. In long run, institutions have significant advantages over mom-and-pop investors. One of the examples is the response to Hurricane Harvey. We look at mom-and-pop owned homes, and they needed, on average, about $25,000 or $35,000 in repairs. They typically did not have insurance on any homes outside of the flood zone, while most big institutions have the insurance coverage. Institutions have the capital and they also potentially have the ability to mobilize resources to repair those dwellings. We cannot belittle what happened to specific individual homes; people have gone through a very difficult time overall. From an experience standpoint, in the case of an institutional operator, they could move tenants into other homes that are not occupied.

NREI: Apparently most institutional buyers gravitate to lower-yielding and higher-priced SFR transactions. Does your research suggest that trend will continue?

Sandeep Bordia: The most important thing to keep in mind is the single-family market is a very, very large market. There is room for multiple players and there is room for each player to have a successful strategy. In some cases, it might make sense to target a higher running income. In other instances, where the capital does not care as much about the running income, the idea is to benefit from strong home price appreciation. It can happen with homes in areas when the mortgage credit comes back. It depends on the investors, but we will most likely see a growth in all of the strategies. The middle part is really the sweet spot, not the ultra high-yield area.