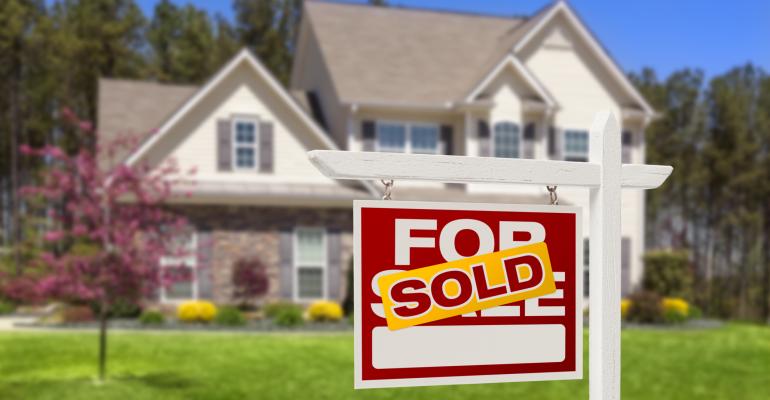 The rate of homeownership in the U.S. has steadily declined since 2006. It has now reached a 50-year low, according to the U.S. Census Bureau. What does this mean for the growing industry of institutional investors in single-family rentals?

Despite a drop in the homeownership rate, many U.S. households are opting to stay in single-family homes. The difference is they are renting instead of buying.

“They have not left single-family living, they have left homeownership. We just have not seen the tremendous influx into the multifamily sphere,” says Matt Vance, economist at CBRE Econometric Advisors.

As a result, institutional investors can still find attractive opportunities for single-family rental acquisitions in pockets of the country. "There are plenty of secondary and tertiary markets with room for pricing to grow,” Vance says.

Institutional investors took advantage of the housing crisis, buying foreclosed single-family properties in bulk, renovating them and then renting them out to meet existing demand. But they remain a minority in the single-family rental market. Institutional investors accounted for only 2.6 percent of all single-family home sales in the first quarter of 2016, down substantially from 4.0 percent in the fourth quarter of 2015, according to Steve Hovland, director of research for Irvine, Calif.-based investment management firm HomeUnion.

“We are forecasting more downward pressure on homeownership. The Midwest and Southeast still present great opportunities for investors. [But] buying in bulk will be more challenging,” Hovland says.

That’s because there’s been a shortage of new supply in the single-family rental space, sources say. Construction of new single-family homes remains below long-term averages, according to Vance. Many home builders were never able to re-enter the market after the housis crisis.

"Housing starts are still 50 percent below the 2006 peak,” according to Hovland. “Building now is [happening] in mostly class-A urban locations, as construction is extremely expensive; you can't buy below investment replacement value like in 2011.”

According to Green Street’s Pawlowski, “The geographic footprint for institutional single-family rental owners is largely concentrated across the Sun Belt region, where single-family home prices are generally more affordable than coastal markets.”

In addition to the financial struggles faced by multiple generations of Americans following the housing collapse and resultant stringent mortgage requirements, there is another reason U.S. homeownership rates have fallen: homeownership is just not as economically incentivized as it was in the past.

"Expansive government policies like GSEs, subsidized home loans for veterans, mortgage interest rate tax deductions, subsidized new transit in the interstate highway system and ring roads, plus free parking, all tended to push consumers to the ownership tenure choice,” says Jim Costello, senior vice president at New York-based data and analytics firm Real Capital Analytics. “Tenure choice is becoming more weighted toward rental today because that collection of largely federal subsidies is not benefitting consumers as they had in the past.”

Federal agencies may have tightened their belts, but so too have the banks. There is a consensus among many real estate experts that the current lending environment is not favorable for first-time homebuyers.

“We are still in a relatively constrained lending environment. Lenders have been slow to loosen standards and the market has become bifurcated—top credit scores have access, but lending remains tight for everyone else. This has led to a persistent limited inflow of capital to homeownership,” says Vance.

Vance stresses, however, that there has been a partial shift in the homeownership paradigm in America—brought on, in part, by Millennials delaying major life events that might otherwise compel them to buy homes. “Millennials are renters by choice,” says Hovland.

But there is another generation starting to experience lower homeownership rates as well: the baby boomers. Their rates of homeownership held steadfast during the recession, but in the past two years there has been a decline, according to Hovland. Baby boomers are selling their homes and looking to rent, counting on home equity to provide their retirement incomes.

"The single-family rental market started off this year very slow because of dislocation in the CMBS market and widening of spreads," says Gaurav Singhania, senior vice president, RMBS, Morningstar Credit Ratings. But now, vacancies are at an “all-time low,” with solid retention rates. “Spreads are starting to tighten—we expect issuance to increase. We think the second half will be busier for single-family rentals with better issuance than the first half, but it depends upon where spreads move," Singhania notes.

During the past year, institutional investors have shifted their focus from acquisitions toward operations and this emphasis resulted in some players exiting certain markets altogether. "Single-family rental issuers paused and refocused their efforts midyear and we saw some consolidations,” Singhania says.

According to Hovland, REITs discovered there were great economies of scale inherent in the single-family rental business. According to Hovland, “At the institutional level, investors are positioning portfolios for operational efficiency. Right now, it doesn't make sense for them to buy in bulk.”

Looking ahead, the single-family rental investment is poised to keep performing well this year, buoyed by capital flow and positive demand for the asset type.