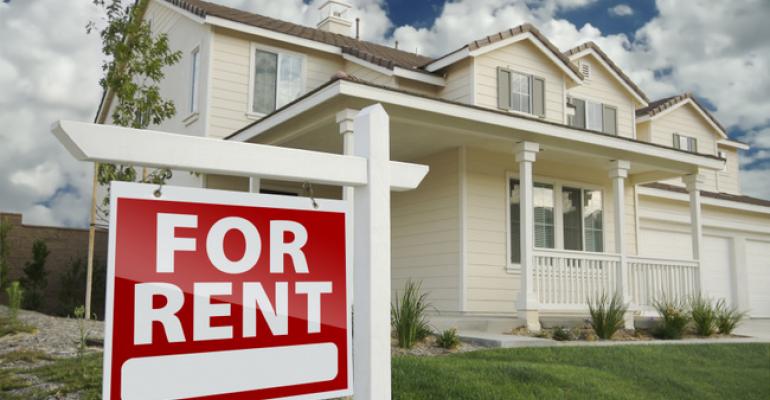 Rent Growth Slows Down in the SFR Sector

Rents are likely to keep growing through 2020, but at a slower rate that will get closer to its historical average of 2 percent.

While owners of single-family rental (SFR) properties are still raising rents, they are not doing so as quickly as they had over the last few years.

After several years in which rents rose significantly faster than inflation, it’s becoming more difficult to press sharp rent increases onto residents. Some residents may not be able to afford another rent increase and may consider moving, even though the vacancy rate for SFRs continues to be low, with little competition from for-sale homes, rental apartments or other rental houses.

In many large markets, SFR rents have risen more than 3 percent on average over the last 12 months. That’s much higher than the long-term average rate of 2 percent per year. “The entire rental sector—both apartments as well as single-family rentals—has had a great run over the past few years as renter household growth has surged,” says Palacios.

Rents are likely to keep growing through 2020, but at a slower rate that will get closer to its historical average of 2 percent. “The single-family rental sector is entering a more normalized phase of the cycle when it comes to rent growth,” says Palacios.

For example, rents for SFRs in Atlanta grew by more than 4 percent over the last 12 months, on average, according to John Burns Real Estate Consulting. But over the next few years, these rents will fall steadily towards 2.7 percent, which is the long-term historical average for the market, according to the firm.

Many SFR owners are hesitating to sharply increase rents again after years of increases. That’s especially true for smaller owner-managers. “In general a mom-and-pop investor is less likely to push rents higher at the expense of losing a tenant, given it’s hard for them to stomach losing several months of rental income,” says Palacios.

The percentage of vacant SFRs is also inching higher, though not yet enough to make a big difference in what managers can charge in rent.

“Vacant property rates for non-owner occupied homes (typically rentals) are quite low,” says Daren Blomquist, senior vice president for research firm Attom Data Solutions, based in Irvine, Calif. At the end of the third quarter, 4.3 percent of rental houses were vacant. That’s up slightly from 4.28 the year before, but just by two basis points, according to Attom. SFR REITs also report vacancy rates of about 5.0 percent.

Vacancy rates are rising more quickly in a handful of markets. “We saw fairly sizable increases in rental property vacant rates in markets such as Los Angeles, Phoenix and San Diego,” says Attom’s Blomquist. “I would expect the higher vacant rate in those markets will ease some of the upward pressure on rents in the coming year.”

Competition from for-sale homes is still too slight in most markets to have a big impact on rent growth. Developers are now building new homes at a rate of roughly a million a year. That’s approaching a historically normal rate of new construction, but it’s not nearly enough to fill the demand for housing.

Also, if developers build for-sale homes in more significant numbers, the impact is likely to be limited to markets where there is land to build.

“As developers begin to provide entry-level homes for sale at reasonable prices, it will compete with homes for rent in suburban and secondary markets,” says Tawan Davis, CEO of Steinbridge Group, a privately-owned real estate investment firm based in New York City. “In urban areas, where the entry point for home acquisition is significantly higher, the uptick in housing development will not impact rental demand.”