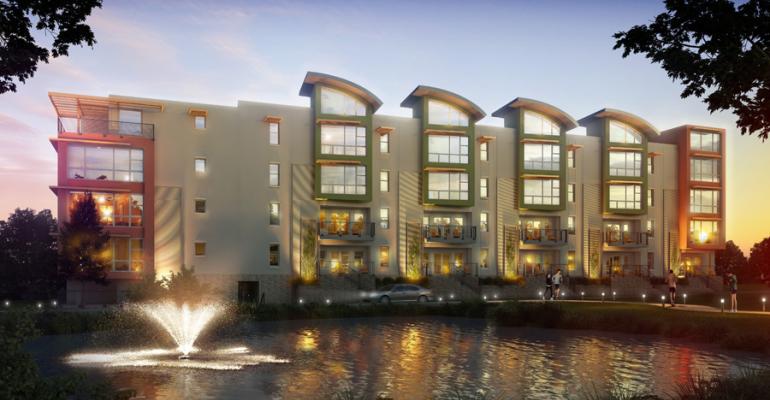 “It would be pretty hard to overbuild in most markets, there is such strong demand,” says Nat Kunes, vice president of product management at AppFolio Inc., a provider of property management software. “In most markets you could double the amount and not overbuild.”

Developers have already revealed plans to build 45,700 beds of new, purpose-built student housing for the school year starting in the fall 2017, according to the latest data from research firm Axiometrics. That number of new beds is likely to creep higher as the months pass, eventually roughly matching the 47,800 new beds delivered or soon to be delivered for the fall 2016 semester.

The number of new beds being delivered has stayed remarkably stable since 2015. Construction peaked in 2013 and 2014 at more than 60,000 beds a year, then fell as developers worried about oversupply and falling enrollment. Those worries have eased, even though the current level of new construction is much higher than during any year before 2013.

Student housing beds did not rent quite as quickly for the fall 2016 semester as they did last year, falling slightly behind in the last few months of the leasing season. However, the balance of supply and demand is still healthy. The average occupancy was the mid-90 percent range as the pre-leasing season ended in late September, according to Axiometrics.

“These results are, in part, driven by properties pushing rents more than before and select markets softening because of an abundance of new supply,” according to Axiometrics’ Taylor Gunn. However, markets suffering from oversupply seem to be the exceptions, not the rule.

Axiometrics looked at the five university markets that received the most new beds this fall. Rents grew at least by 2.0 percent in all these markets in 2016 compared to the year before—though at two of the five schools rent growth is projected to dip slightly below 2.0 percent in 2017. New student housing remains competitive at these schools partly because the average per-bed rent at these new properties was less than the average for university-owned housing.

The three universities forecast to experience the most new construction in 2017, with more than 1,000 new beds each, are also all now in a strong position to absorb the new supply.

“Texas A&M University, Florida University and Baylor University all should see strong levels of new construction and all have strong demand to meet that new supply,” says Kunes.