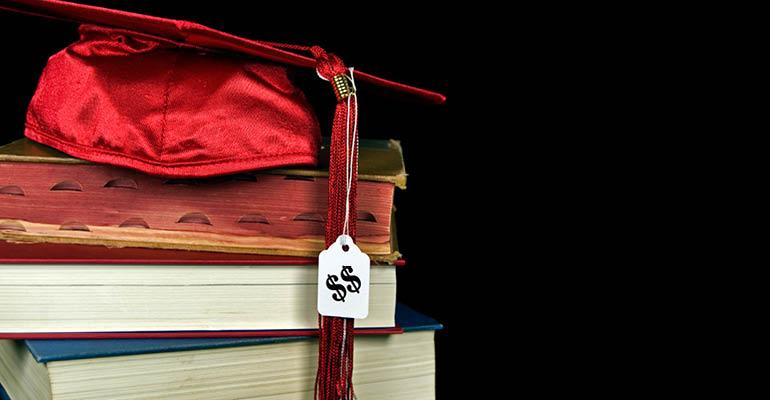 The Future of Free Tuition

Growth in free- and subsidized-tuition programs at public colleges and universities could goose enrollments in some states, but will there be much benefit for the private student housing market?

But Governor Cuomo’s plan is just the latest free tuition proposal. Several other states including Florida, Georgia and West Virginia have already created programs that offer free tuition or dramatically reduce the cost of higher education. There was even talk during the last presidential election of creating a national free-tuition program.

“With New York’s program and others recently approved–we can anticipate enrollment to increase across participating universities, which will then increase the demand for student housing,” says Axiometrics’ Taylor Gunn, the company’s student housing analytics lead.

Student housing developers are hardly rushing to start construction, however. It’s unclear how much enrollment might increase and whether the students who benefit from these programs will be able to afford the costs associated with newly-built student housing.

Also, some free-tuition programs may even lure some students away from competing colleges that don’t offer free or steeply subsidized tuition, creating enrollment growth at some schools at the expense of others.

Leaders like Governor Cuomo are responding to the steeply rising cost of higher education in their jurisdictions. Their proposals are popular with politicians and voters who see higher education as a solid investment. “There is a huge positive correlation between the number of college graduates in a region and a flourishing knowledge-based economy,” says Fred Pierce, president and CEO of Pierce Education Properties.

New York’s plan, like many free-tuition programs, won’t cover the total cost of education. The state plans to give scholarship money to low- and moderate-income students to supplement existing state and federal loan programs.
“These programs cover tuition, but not room and board,” said Caitlin Sugrue Walter, director of research for the National Multifamily Housing Council. “So, while it wouldn’t directly help off-campus housing providers, it could provide some indirect benefits by freeing up more money for the student.”

In New York State, the average student pays $12,500 per year in room and board to get a bed in a college dormitory. “Room and board is more expensive than the cost of tuition at some colleges,” says Bill Feinberg, a partner with Feinberg & Associates, a student housing architecture firm. Free tuition can help students better absorb that cost, although some experts feel it is unlikely to make a critical difference for many students.

That’s because for most college students, changes in their household incomes don’t affect the decision to go to college; that is, unless the change is huge, like the head of the household suddenly becomes unemployed. Free tuition likely influences more nuanced decisions like which school a student chooses to attend, what kind of housing or how many roommates a student has.

“The income of the students determines the product that gets built in a market—not whether we go there,” says Greg Lentine, director of campus development for the PRC Group. “If our likely residents have lower incomes, maybe we offer fewer suites with full kitchens, private baths and private bedrooms.”

While improvements in student incomes is a positive, demand (i.e., enrollment numbers) is really what drives student housing firms’ decision to invest—or not—in specific markets. And if a free-tuition program is conducted on a large enough scale to increase enrollment, that could be proof positive for privately-owned student housing. Experts agree that free-tuition programs can attract some students and may even help schools keep the students they have through graduation.

Moreover, in some cases, free-tuition programs have even lured student away from the four-year schools where student housing providers do most of their business. For example, some student housing providers in Tennessee suffered for a few years after the Tennessee Promise program, which offers free enrollment to community colleges, was put in place.

Though enrollment remained strong at the flagship University of Tennessee in Knoxville, enrollment fell at other, less prominent four-year schools in Tennessee, like Middle Tennessee State. Moreover, community colleges are also typically commuter schools, so there was limited demand for student housing options even as enrollments grew. All that had a negative effect on student housing, negatively affecting occupancies and rental rates.

But the effect was temporary. Once the demand shift caused by cost of tuition stabilized, the enrollment at the most affected four-year universities likewise stabilized, as did their student housing markets.

Similarly, private colleges may suffer similar, short-term hits to their enrollments as free-tuition programs become more widespread at public colleges and universities. “You will see some effects on housing development at and around smaller private universities, especially with regard to the ability to recruit and attract students,” says Smith.

Free-tuition programs’ effect on enrollment growth is also governed by the universities and colleges themselves. There is no requirements for schools to increase enrollment just because free-tuition programs are put in place. In fact, many schools offer scholarships and other subsidies to students without adding to their overall enrollment.

To effectively increase enrollment at state schools, legislators would have to double their investment in higher education. “In most places, state budgets are more constrained than ever and the percentage of state general fund resources available to support higher education is declining,” says Pierce.

As a result, a state that offers free tuition may be forced to limit the number of students who take advantage of that free tuition. Enrollment can’t grow too large, or the cost could break the state budget.

In California, for example, enrollment in the state’s university system is much lower than the number of students who want to attend. California heavily subsidizes the cost of tuition at many of its schools, including both the California State University and University of California.

For example, at San Diego State University, the tuition for California residents is just $7,000 per year. The school gets more than 80,000 applications a year and yet is only able to accommodate the enrollment of about 8,000 students. Many students rejected from SDSU enroll in universities in adjacent states like Arizona, Oregon and Washington, where they pay the higher, unsubsidized tuition offered to out-of-state students.

“The big issue with free or significantly subsidized tuition is that states can’t afford to give it to too many students,” says Pierce.