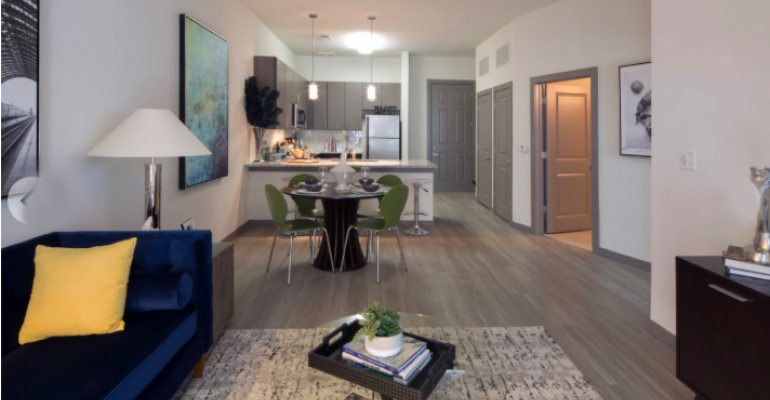 “That story about student housing outperforming on sales volume does not hold water anymore,” says James Costello, senior vice president with Real Capital Analytics (RCA), a New York City-based research firm. “It was the case through 2016 even as the apartment market faltered. Now though, deal activity is falling for student housing was well.”

Sales volume down for student housing

The reason for slow sales may be as simple as the law of gravity—what goes up must come down, at least a little.

“We had an amazing year last year,” says Dorothy Jackman, senior managing director for the national student housing group at real estate services firm Colliers International. “Yes, this year’s volume is going to be down compared to that.”

Experts predict that investors will buy $4.0 billion to $5.0 billion in student housing assets in 2017. If that happens, 2017 will still be a very strong year for sales in the sector. “That range brackets the highest volume years in industry history, excluding the anomaly that portfolio sales brought to 2016,” says Pierce.

However, that premium yield has gradually shrunk. Cap rates on sales of student housing properties averaged 5.9 percent in March 2017, according to RCA. That’s just 10 basis points higher than the average cap rate for multifamily properties overall, at 5.8 percent. Before 2014, cap rates for student housing properties were at least 20 basis points higher on average than cap rates on apartment assets.

“Not surprisingly, sometime after the better yields on offer went away, so eventually did the stronger growth in deal volume,” says Costello.

Even without a premium yield, investors are still eager to invest in student housing. That eagerness will keep the volume of deals from falling too far. “The market has an appetite to buy more. People are hungry for deals right now,” says Jackman.

“What matters most is that student housing in general is and will remain a technically and fundamentally sound investment class due to its recession-resistant investment characteristics, strong Generation Z demographic trends and sustained institutional and cross-border investor demand,” says John Strockis, senior vice president of acquisitions with SmartStop Asset Management, an asset manager that manages student housing, seniors housing and self-storage properties.