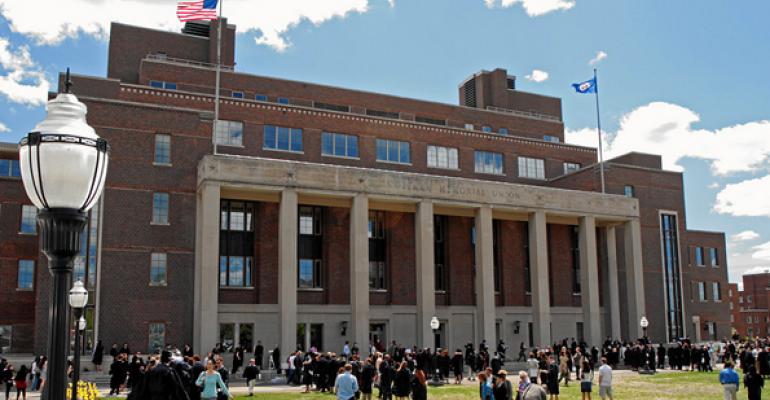 Students are quickly signing leases to live at off-campus student housing communities when the new academic year starts this fall, pushing rents higher despite competition from the thousands of new student housing beds that developers plan to deliver.

“Pre-leasing is ahead of last year at this time,” says Kenny Emson, senior vice president of finance and administration for the National Multifamily Housing Council (NMHC), an advocacy organization for the multifamily industry.

Strong demand and more constrained supply are making the market for student housing stronger this year than it was in 2015, which was in itself a strong year for the sector. Student housing communities are performing well even when they are located near universities where developers are opening the most new off-campus student housing beds.

Privately-owned, purpose-built student housing properties were 60.1 percent pre-leased as of March for the new academic year that will start this fall, according to data firm Axiometrics. That’s 462 basis points above last year’s figure, when the rate of pre-leasing for the fall 2015 academic year was 55.5 percent as of March 2015.

Some of the more established student housing facilities may be having an even better pre-leasing season. Many student housing providers who are NMHC members say their pre-leasing is going faster than the average pace recorded by Axiometrics. “Our members are saying their leasing was in the 70 percent range,” says Emson.

American Campus Communities, a student housing REIT, announced that its same-store, wholly-owned portfolio was already 79.3 percent applied for and 73.6 percent leased as of April 8, 2016. That compares to 78.5 percent applied for and 71.9 percent leased for the same date the prior year. The REIT projects that its rental rate will increase 3.0 percent over in-place rents.

“We continue to see tailwinds in the sector and are very pleased with our leasing execution to date… with our same-store portfolio leasing velocity exceeding what was another strong lease-up last year,” says Bill Bayless, CEO of American Campus Communities.

Even the markets where developers are building the most new student housing beds are performing well overall.

Rents are growing, on average, around the other eight universities where developers have been busiest.

The rents at purpose-built student housing properties now average $683 per bed for fall 2016, up 3.2 percent from fall 2015. That’s much stronger than the 2.0 percent average rent growth at U.S. student housing communities overall.