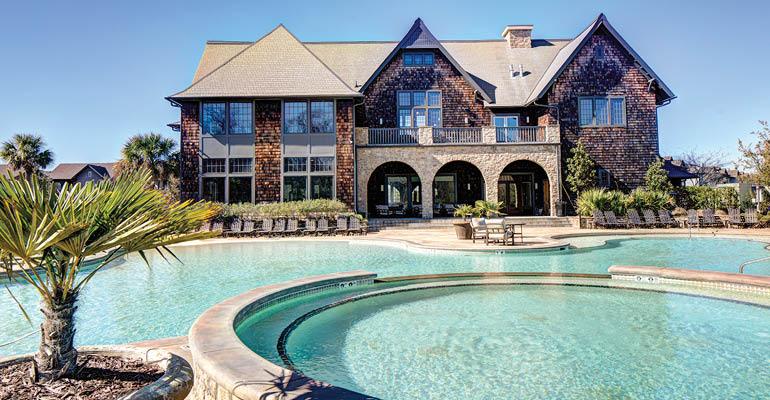 The Market Takes a Breather

After foreign investors scooped up billions of dollars’ worth of student housing last year, 2017 deal volume is returning to a more sustainable pace.

Okay, so $10 billion in student housing investment during 2016 was nothing short of phenomenal. Large portfolio deals? Check. REIT takedowns? You got ’em. Foreign investors splashing the market and domestic players loading up war chests to keep pace? It was all there in a year that many say marked student housing’s final ascendance to an asset class all to its own.

But not so fast. Many market watchers and investors alike say purpose-built student housing as an asset class is still very much like the resident population it serves: bright and promising, but still a bit volatile and, yes, even a tad immature. And that has many looking at 2017 as a sophomore slump-type of year, where the sector returns to some kind of normalcy in the wake of its breakout year last year.

To be fair, student housing investment has been on a 36-month tear, almost doubling every year from $3.3 billion in 2014 to $5.9 billion in 2015 to last year’s final takedown of $9.7 billion, per transaction data from New York City-based Real Capital Analytics (RCA). Professional management of assets and a corresponding mitigation of operational risks (read: failure to lease-up) has wooed institutional players to the sector, and fundamentals buoyed by an enrollment surge during the recession have yet to flag through economic recovery.

Throw in the emergence of portfolio deals that further hedge risk and offer larger investment thresholds, and the buyers have followed. Leaders have been Harrison Street Real Estate Capital, which took Campus Crest off the street for $1.9 billion; The Scion Group, which led a group to purchase a University House portfolio for $1.4 billion; and, most recently, Mapletree Investments, which announced a $1.6 billion portfolio deal in June.

But transaction volume tracked by RCA through May 2017 shows a 43.7 percent year-over-year decline in deal flow. Absent a huge portfolio trade, the trajectory of investment growth and repeat of record-setting performance is unlikely to continue, and the flood of capital to the sector is partially to blame.

“There’s just been a massive amount of money flowing into the space and the top investors are all doing what they can to make a splash,” says Marc Lifshin, co-founder and managing partner of Core Spaces. “There are more groups looking to invest than there are developers and operators with available real estate, so the next 12 months should be very interesting, as the hardest thing for these institutional investors to do is find the right product with the right operator.”

Part of the challenge for institutional investors—particularly when supported by cross-border money—is deploying capital in deals large enough to move the needle. “Signature institutional deals, and particularly those by foreign investors, are most often defined by what can be accessed in the market,” says Jim Costello, president of Real Capital Analytics. “If you are in Abu Dhabi, you are not going to hop on a plane if you can’t put $50 million to work. One $7 million deal in Toledo isn’t going to cut it.”

As a lack of blockbuster listings keeps the institutional set on the sidelines, it opens the door to emerging operators and other investor classes. Backed mostly by high-net-worth individuals and regulated investment company (RIC) money, Stamford, Conn.-based Waypoint Residential entered the market last year with the purchase of three assets for $58.3 million. In May of this year, the company announced the purchase of a five-property, 2,638-bed portfolio from Blue Vista Capital Management for $102 million. Assets include High View Place at the University of Texas at San Antonio, Maverick Place at the University of Texas at Arlington, Rebel Place at UNLV Rebel Place and Spring Place at the University of North Carolina at Greensboro.

“Historically we have been a one-off buyer of conventional multifamily and did our first several deals in student housing the same way,” says Waypoint Senior Managing Director of Student Housing Jeremy Pemberton. “We have quickly pivoted with market opportunity to do more small-portfolio deals.”

And where institutional mega-deals have largely been underwritten to rent growth assumptions to power arbitrage, smaller operators are increasingly keying into value-add opportunities. Waypoint, for one, will invest into capital improvements across the Blue Vista portfolio including unit interior, general exterior and common area amenity upgrades to match strong projected enrollment growth.

“Even absent any large portfolio transactions, investment sales volume in the $4 to $5 billion range will still be a banner year for student housing,” says Frank Pierce, president and CEO of San Diego-based Pierce Education Properties. “There is a healthy volume of value-add opportunities from operational turnarounds, distressed sellers and acquisition rehab opportunities. Over 62 percent of the purpose-built inventory in the top 175 markets as tracked by Axiometrics was built in 2010 or earlier. That’s 433,610 beds, and most are ripe for interior renovations.”

Student housing’s emergence as a bona fide asset class among investors has paralleled a trajectory in professional ownership and management, along with some more limited merchant builder activity that has delivered 261,000 new beds to the market since 2010. “In the same timeframe, the aggregate number of beds consolidated by the top 25 players in the market has increased 75 percent from 276,412 to 482,684,” Pierce says.

Dave Borsos, vice president of student housing for the Washington, D.C.-based National Multifamily Housing Council (NMHC), says industry watchers over the past two decades have witnessed what he calls a renaissance in the professional management of student housing, as well as an almost complete reversal from on-campus, university-owned dorm life to off-campus, fully amenitized and privately financed core assets.

“We’ve seen significant growth in pro-managed, purpose-built student housing in terms of defining it as a new asset class,” Borsos says. “Recession resiliency is one of the reasons why and one of the unique characteristics that makes student housing different from apartments. Another big difference is operationally. The firms that understand those differences and do well have drawn a lot of outside investment interest. Anecdotally, we’re hearing that a third of investors in 2016 were brand new to student housing.”

The sheer popularity of the asset class has brought with it pricing compression, which could also hamper deal flow as 2017 looks to keep pace with the sector’s recent meteoric growth. Average cap rates sat at 5.7 percent for 2016, according to Real Capital Analytics, and acquisition and disposition watchers expect continued buyer demand to push pricing even tighter.

“The competition makes it great for owners, as there is not much of a spread now between student and apartments, says Scott Duckett, chief operating officer of Austin, Texas-based Campus Advantage. “But overall, the volume of capital coming into the space has resulted in way too many dollars chasing way too few assets, driving up prices and compressing cap rates.”

As a result, pro players in the space are—to Pierce’s point—looking more closely for value-add opportunities. “Sure, location is important in student, and that’s why you see the categorical cap rate compression the closer you get to the campus,” says Pemberton. “But many people may be underwriting proximity maybe too much. More careful situational analysis reveals that location is not the only factor, where a better return can be had for being a little further away and having a value-add type strategy.”

Still others haven’t quite written off 2017 as a year where another big deal can’t happen. Both Harrison and Scion are expected to peel off chunks of their deals via smaller dispositions, and the massive weight of institutional money waiting to enter student housing could in and of itself force a major takedown.

“The sector is still small with just a handful of large investors funding multiple competitors,” says Lifshin. “2016 represented the largest year ever for portfolio deals in student housing, and we expect that trend to continue.”