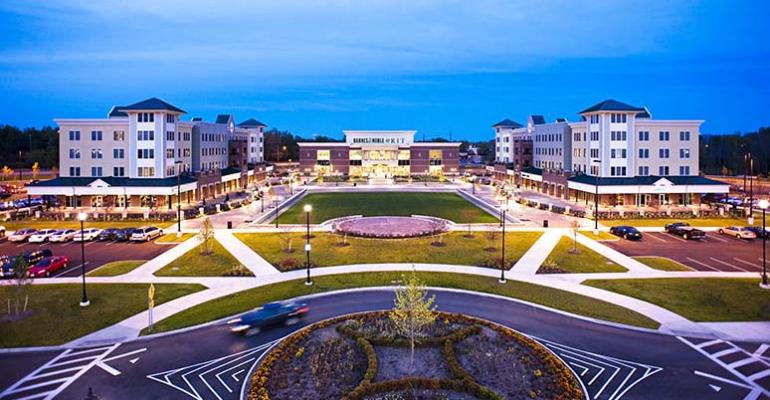 Rents continue to grow and developers continue to open new properties at many schools, at a fairly consistent rate compared to prior years.

After years of solid performance, the student housing sector is on track for another good year.

That’s good news. Last year, student housing operators saw solid occupancies at the start of the school year. Rents continue to grow. Developers continue to open new properties at many schools, at a fairly consistent rate compared to prior years. The only clouds in the forecast hang over student housing properties in the areas around the few universities that have received too much attention from developers.

With roughly half a year to go before the start of the school year, 37.2 percent of student housing beds had been leased as of January 2017, according to RealPage. That’s only 28 basis points lower than the occupancy rate at the same time last year.

Annual effective rent growth for off-campus beds moderated to 1.8 percent, the student housing surveys found, but remained in line with historical averages. “Operators are trying to find a balance between filling beds and raising rents,” says Gunn. At properties where the percentage of student housing beds that are occupied has fallen, operators are often less aggressive in raising rents than they have been in prior years.

‘Developers are on track to deliver a total of 46,000 new off campus student housing beds for the fall 2018 semester. That’s roughly the same amount of new student housing that was delivered every year since 2015, though certain universities have seen fluctuations and even elevated levels of new supply.

Developers have arguably been too busy building new student housing around a few specific universities. There are 15 schools where developers are scheduled to deliver more than 1,000 new beds of for the fall semester.

Experts will be paying close attention to schools like Florida State University, which has not seen this level of supply delivered since 2014, during the peak development years. New supply at the University of Mississippi is tracking above last year’s levels and has led to slowed leasing velocity (down 7.5 percent) and a rent decline of 2.6 percent.

Lots of room to grow

Nevertheless, the student housing sector still has a lot of room to grow. Only 11 percent of the students enrolled in the 68 universities served by ACC live in modern, purpose-built student housing located within walking distance of campus. Another 22 percent live in on-campus dormitories, which are mostly more than 50 years old.

The rest—67 percent—live in other forms of rental housing, often rental properties too far from campus to walk to class. These students represent a large pool of potential residents.