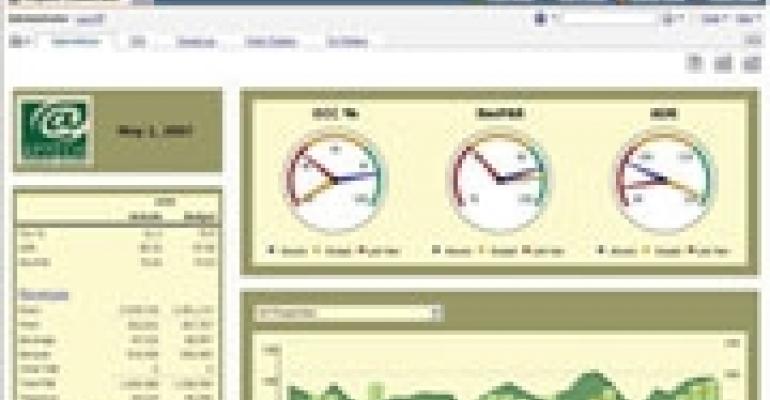 “This solution will lift hotel operations into the next decade of financial accounting,” says Cam Troutman, vice president of Aptech.

Aptech has been equipping the hotel industry with performance management tools for 40 years. It has seen many changes in hospitality technology since 1970, originally installing hardware and software for a front office system for Interstate Hotels.

“The pioneers in this industry were innkeepers in the hospitality tradition and technology was secondary,” says Jay Troutman, president of Aptech. According to the senior Troutman, groups like Interstate entered the industry and looked at such hotel properties as assets first, which brought technology to the forefront of the industry in the 1970s.

Interstate, and hospitality owners like it, started demanding more detailed accounting information about its assets. “The bar was raised because hotels closed their books every night, unlike other businesses, and eventually, more sophisticated investors demanded much more information than technology providers were able to handle,” the company president says.

That opened the door for technology firms like Aptech to provide more effective technology products to the market as the mini-computer era was ushered in the 1970s.

Competition became greater as technology became more affordable. “From the days of the mainframe, which was like owning an aircraft carrier, as time moved on, the computer power you received per dollar just plummeted dramatically in a positive sense,” Jay Troutman adds.

“When we visited one large client and saw their back office financial team up to their chins in hundreds of spreadsheets, the idea of our business intelligence tools just jumped off the page,” Jay Troutman says. “We saw what was needed and developed our remotely hosted Business Intelligence system.” “Owners aren’t passive anymore,” he adds.

“They hire smart people, and now with the Internet’s ease of use, anyone can access the best kinds of tools for an affordable price by signing up for a subscription for those tools.”

He believes that the hospitality industry is a little spoiled to technology now that they’ve had a taste of it, but he’s glad to see more of the industry embracing it, and when times are good, opening the budget to it.

A great barometer of technology’s expanding role in the hospitality industry, according to Troutman, is the influence of Smith Travel Research during the past 15 years, and the quickening pace of its research reports.