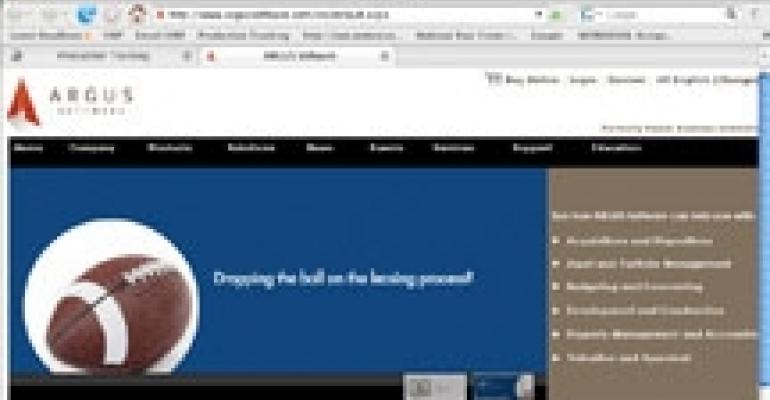 A Houston software company is laying the groundwork to roll out Japanese technology that executives say could shake up the worldwide commercial real estate industry.

ARGUS Software Inc. is working on a partnership with IDU Co. of Osaka, Japan, to bring IDU’s commercial real estate technology to customers in the United States and other countries. IDU already distributes ARGUS’ software in Japan.

“This is a solution whose time has come,” says Mark Kingston, president and CEO of ARGUS. “We’re trying to connect information, work processes and people into a real estate ecosystem within and between markets.”

ARGUS and IDU provide an array of software and services to the commercial real estate sector. Publicly traded IDU was founded in 1999; sales for fiscal 2007 exceeded 53.4 billion yen, or more than $500 million. Privately held ARGUS has customers in 70 countries.

A timetable for an ARGUS-IDU technology deal hasn’t been set, “but we want to move aggressively, and we want to be able to meet the needs of the market,” says Jennifer Brenner Andrade, senior vice president of marketing at ARGUS. If ARGUS and IDU forge a partnership, she says, the joint technology could be launched worldwide or in certain countries.

Executives from ARGUS and IDU recently gave National Real Estate Investor an overview of how the Japanese technology would work:

• Patrons of Mother’s Auction, Japan’s largest online property auction marketplace, would be able to buy and sell property online through a bidding process.
• The technology can aid mapping processes, providing 360-degree hybrid mapping of property in several Japanese cities. Users of Location View can obtain day and nighttime views of properties, along with the nearby environs, including schools, hospitals and post offices. Interactive maps accompany the 360-degree images.
• IDU can offer data on property transactions in Japan. ARGUS executives say IDU’s “comps,” or information on comparable properties on the market, are more substantial than those of other data providers.

ARGUS executives say the IDU technology easily could be adapted to global markets, taking into account each country’s language, culture and protocol. The technology will dovetail with ARGUS Zone, a global information exchange for the commercial real estate industry that’s set for a second-quarter launch in time for Realcomm 2008 in June, the executives add. ARGUS Zone is expected to feature several technology partners, including IDU.

The development of real estate technology has lagged that of other industries, Kingston says. An ARGUS-IDU deal could help close that technology gap.

Online property auctions already exists, albeit minimally, in the United States and elsewhere, but ARGUS and IDU executives say Mother’s Auction advances the process with its ease of use and comprehensive listings. Yoshinori Ikezoe, president of IDU, points out that REITs and real estate funds are latching on to online auctions in Japan. Last year, an office building in Osalea, Japan, was auctioned through Mother’s for about $170 million.

As for Location View, executives say it offers more comprehensive images of property than Google Maps. (For a demonstration of Location View, visit www.youtube.com/watch?v=oxkEqlC1oGY.)

“It’s like the difference between a boy and a man. The gap is that wide,” Kingston says. “This application of technology is remarkable. I expect to see this in every Japanese vehicle soon.”

In Tokyo, Location View has captured images of more than 90 percent of the city’s property, according to Ikezoe. Location View hired retired cabbies driving camera-equipped vehicles to capture footage in Tokyo. Location View images from Tokyo and other cities are updated every two years, Ikezoe says.

And as for IDU’s data on property transactions, Kingston says the availability of that up-to-date information removes “a significant slice of risk” from property deals. Lenders easily can update property assumptions with this kind of data, he says.