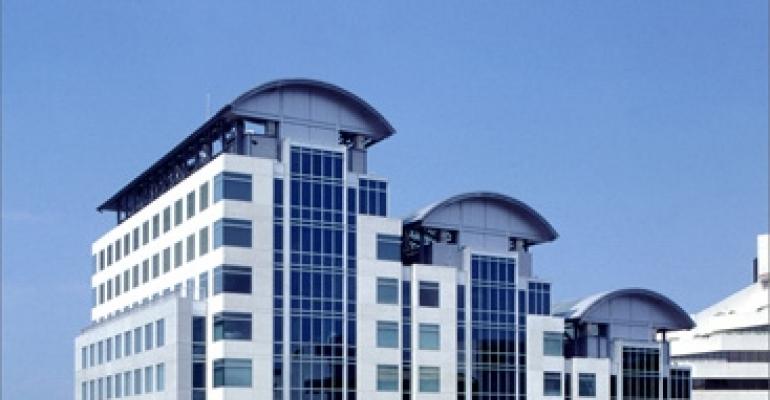 If there’s one lesson that the long, harrowing months of recession and financial crisis have taught, it’s that in a global downturn there are few safe harbors. Stocks, bonds, and commercial real estate can all suffer brutal declines in value.

But there is a commodity that throughout the downturn has demonstrated powerful economic value — information. And one company that has harnessed commercial real estate data to great advantage is Bethesda, Md.-based CoStar Group.

CoStar has developed an exhaustive database of commercial real estate listings across the United States and United Kingdom, reporting at least 1.3 million offerings on its Web site. At a time when many companies are shrinking or falling into bankruptcy, CoStar is growing, and now boasts 1,400 employees.

In July, CoStar acquired Boston-based research firm PPR in exchange for shares of common stock valued at $22 million. The purchase gave CoStar a roster of economists capable of providing banks with specific information that they can use to understand the risks in their portfolios.

Resolve brought data tools that help investors understand patterns such as whether commercial and multifamily rents in a given area are trending higher or lower and whether expiring leases are being renewed, so clients can make informed decisions about their assets.

The group’s acquisitions show that CoStar is still willing and able to open its wallet in order to increase the sophistication of its data offerings. “Over the last 15 years, we’ve spent more than $1 billion collecting information in the United States. That’s an unprecedented level of investment. That is more than the top 50 commercial real estate firms combined,” says CoStar Group CEO Andrew Florance.

Teams of CoStar economists pore through the data to chart trends that investors, brokers, lenders and even government agencies can use to understand patterns that affect portfolios, marketing campaigns and public policy.

Bad news has been good for the information business. “There’s probably more demand for our products and services in a down cycle. When the market is moving up, cap rates are falling and it’s very predictable. Anybody can make money and there’s potentially less value in information and sophisticated analysis,” says Florance.

A number of new customers are lining up for the Maryland company’s information, demonstrating a fundamental shift in the way the commercial real estate industry uses property information.

In the 1990s, brokerage firms began to gravitate to data firms like CoStar to market their listings. In 1999, investment sales information blossomed, along with detailed information about valuations. In the current cycle, sophisticated forecasts, modeling and risk analysis have developed, says Florance.

The nontraditional customers flocking to obtain market analysis and asset prices include foreign investors and institutions. “It could be a lot of hedge funds entering the space who know nothing about real estate and want to get information. They want to get fairly sophisticated modeling of the market so they can try to time market bottoms,” the CEO says.

But government agencies also are trying to understand the current systemic risks involved in real estate so they can set policy or take enforcement action.

“Obviously there is a lot of concern right now about how to manage all the challenges that we face in this economy,” says Florance. “Is mark-to-market the right thing? Is the banking system dealing with some of these loans where you’ve got loan-to-value ratios that traditionally would have caused an instant foreclosure?”

Federal officials and capital market executives alike want to know the best way to manage a soft landing from recession, particularly for properties with sky-high values that in hindsight seem ridiculously inappropriate.

Providing information that could help answer questions like these has generated piles of revenue for CoStar Group. The company reported third-quarter revenue of $53.6 million, a 7.1% increase from the second quarter. On a year over year basis, revenue was down slightly in the third quarter, from $53.8 million in the same period of 2008.

But the data firm is flush with cash. As of Sept. 30, CoStar recorded $253.9 million in cash, cash equivalents and investments, an increase of $10.2 million since June 30. It had no long-term debt.

But there’s a high cost to maintaining that information and a powerful incentive to keep it current. “The second you stop updating the database or analyzing it, it has no value.”

The slight drop from the company’s higher performance is to be expected, Florance says. “We’re a census of what’s been happening in the industry. Hundreds of firms have gone bankrupt this year. Hundreds of commercial real estate players have disappeared.”

How does he know that the real estate companies have gone bankrupt rather than simply merging or departing the industry voluntarily? “They’re the customers that go to collections. Since we’ve got tens of thousands of users, subscribing customers, as those folks leave the industry or fail, we see them one at a time as they turn off.”