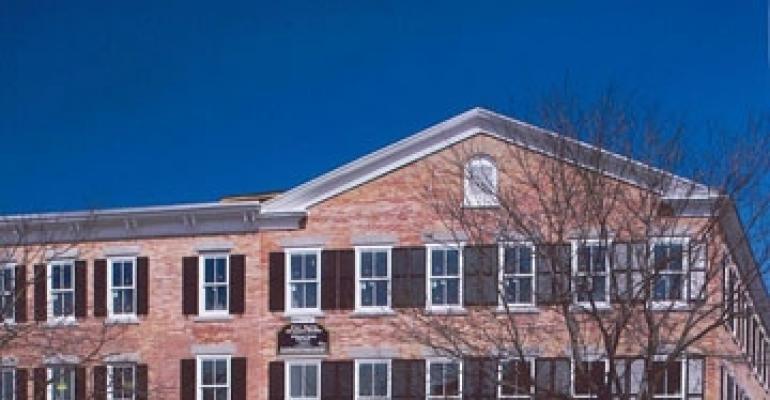 When it comes to redevelopment, small town projects can be at least as rewarding as big-city construction, particularly when the town is as picturesque as the lakeside village of Skaneateles, N.Y.

Jeremy Gorelick, president of Long Island, N.Y.-based development firm Emanon Equities, was captivated by Skaneateles during a 2007 visit, when he noticed a crumbling old building that seemed out of character in the otherwise pristine setting. “I inquired and within a couple of months we had it under contract.”

Nearly 24 months later, the $5.25 million renovation of the Seitz Building in Skaneateles, near the smallest of Upstate New York’s Finger Lakes, is nearing completion. The building has 10 condos priced from about $500,000 to $600,000 and five commercial spaces — three stores and two restaurants.

But it wasn’t easy getting to the finish line. The project required high-tech sonar equipment, for instance, to detect support beams in the deteriorating foundation of the building, which was constructed in the 1820s. The lower level had once been a stable, and workers found 200-year-old signs and horseshoes where the horses once trod.

The foundation had to be shored up, as the building was listing dangerously. “I brought my architect in, he did a full review of the building and told me of all the tremendous structural issues,” says Gorelick. “The support beams were really no longer even supporting the building. If it hadn’t been for the building that was standing adjacent to it, that building would have collapsed inwardly.”

Structural engineers guided a process that included building 10 steel columns in the basement to support the first four columns. And the building had to be sealed against water intrusion. Engineers discovered that at the time the Seitz Building was built, the village of Skaneateles was a full story lower than it is now. The level of the lake, which serves as a drinking water source for nearby Syracuse, N.Y., was raised decades earlier through a system of dams and levies.

The building’s whole skeleton had to be reinforced. During reconstruction, 4,000 sq. ft. were added to the building’s usable space, bringing it to a total of 15,000 sq. ft.

A high-tech elevator, which required less clearance than older models, was built to allow condo owners to travel from their parking spaces in the basement to their condos on the third and fourth levels.

Learning the building’s history was highly rewarding, Gorelick says. In addition to the basement’s earlier use as a stable, during Prohibition in the early 1900s, a secret bar served up then-forbidden alcohol.

But the company’s strategy is not just to build on nostalgia. The adaptive reuse project makes sound business sense, says Gorelick, since the village is a retirement stronghold, and another condominium complex built before he undertook the Seitz project sold out immediately, he says. “I realized it was not only a beautiful place in need of redevelopment, but also a smart business investment.”

Still, Gorelick, whose firm makes most of its money from new construction, is fascinated by the project’s strong ties to the past. “My favorite my pet projects are redevelopment of something that has a real sense of history,” he says.