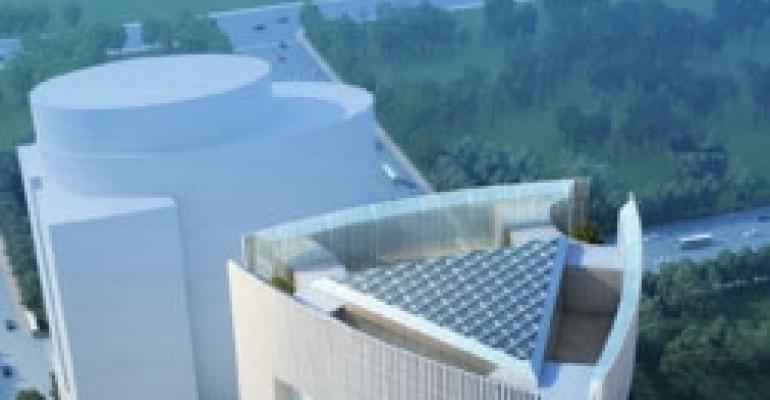 Representing the company’s 12th project in Suzhou, the building will be located across the street from the firm’s first Suzhou commission, the 572,000 sq. ft. Suzhou International Tower, completed in 1999. Since then, Goettsch has designed several other office buildings, hotels and mixed-use complexes throughout the city.

The project will be located along the western edge of Jinji Lake in Suzhou Industrial Park, a major new commercial and mixed-use district outside the city center. The building will represent a modern gateway to the historic city center.

The triangular design corresponds to views of the city and lake, as well as the approaching major artery, and the view of the sun. The triangular form is seen symbolically in China as a balanced and stable form, an image suitable for a stock exchange headquarters.

Goettsch Partners has recently completed office towers in Beijing, Chicago and Shanghai, and luxury business hotels in China, India and the United States. Its current projects include a 25-story addition to the headquarters of Health Care Service Corp. in Chicago and Northwestern University’s new music building in Evanston, Ill.