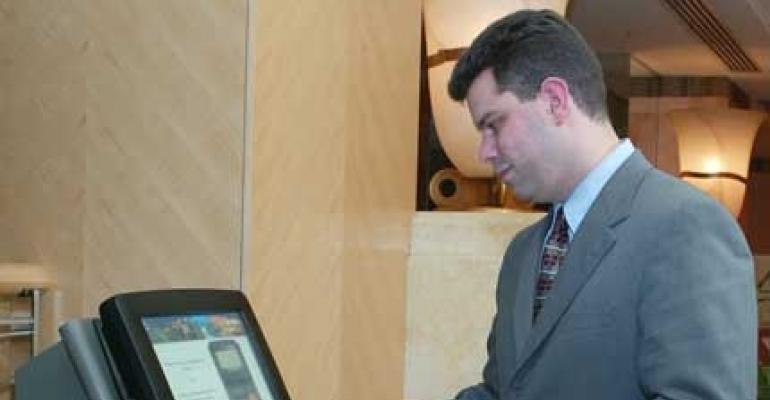 When the travel and tourism business cratered in 2002, following the recession and the 9/11 attacks, hotel operators noticed something. The vacationers and business travelers who were still planning trips were making greater use of online reservations systems and demanding more do-it-yourself options from hotel operators. The chains that were paying attention made major technology upgrades during the lean years to accomplish two things: build customer loyalty and wring out costs. Now those initiatives are starting to pay dividends in a booming travel industry.

Hilton Hotels Corp. and Starwood Hotels & Resorts Worldwide Inc. have each spent upwards of $100 million on enterprise networks since 2000. The systems operate across multiple brands and integrate every conceivable hotel operation, from the consumer’s reservation interface to back office administrative functions.

Hilton implemented its proprietary platform, known as OnQ, across its North American portfolio of 2,300 properties in 2004. Next month, the company will begin a rollout into some 400 additional international properties after closing its $5.7 billion acquisition of Britain’s Hilton International in February.

“We’re always asking ourselves, ‘Are we doing something to OnQ that will improve the customer’s experience and/or are we doing something that will create operational efficiencies?’” says Laurel Bailey, vice president of OnQ marketing and communications. One central OnQ feature: Lobby kiosks that allow guests to check in and check out themselves.

Among other tools, OnQ also provides Hilton employees with profiles of frequent guests who create a profile with the hotelier, such as members of the Hilton Honors rewards program. That allows front desk staff, for example, to offer more personalized service based upon the guest’s preferences.

Just how much OnQ has improved the guest experience remains somewhat of a mystery, however. While Hilton guest surveys indicate a slight rise in satisfaction with the check-in experience since the technology’s implementation, Bailey says the chain can’t determine how much of the improvement to attribute to OnQ and how much is due to staff training and other customer-service initiatives.

What’s clearer, however, are overhead improvements including tens of millions of dollars in cost reductions. In just the 20 largest Hilton hotels, OnQ’s produced $4 million in annual savings, according to a survey conducted soon after rollout, Bailey says.

Starwood, meanwhile, began working with Hewlett-Packard in 2004 to replace its mainframe system with service-oriented architecture (SOA), a generally Web-based technology that allows various information technology systems to operate seamlessly regardless of platform or manufacturer. By implementing the new infrastructure, Starwood expects to cut upwards of $20 million a year in costs to maintain and upgrade the old mainframe system. The hotelier expects to complete the new system’s rollout across its 750 hotels next year.

Douglas Rice, executive director of Hotel Technology Next Generation, an industry-sponsored non-profit launched in 2002 to further technology use in the hospitality industry, says that the move toward SOA environments is but one example of why hotels will keep spending on information technology going forward. “There are always cycles, and we’ll see investment grow and shrink,” he says. But, he adds, many brands will spend over the next five years investing in the next generation of technology to replace the old.