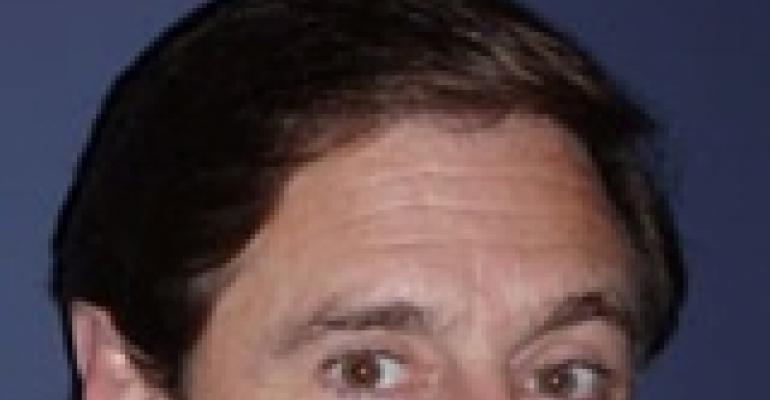 Q & A With RealtyTrac Executive VP Of Marketing Rick Sharga

Irvine, Calif.-based RealtyTrac has become the media’s go-to source for foreclosure data amid the housing bust. But its primary role is to market comprehensive lists of foreclosed property to investors and consumers who would otherwise have to sift through newspaper or court records to find bargain homes. In the process, RealtyTrac has opened up more county and municipal foreclosure data than any other service before it.

Ranked by MediaMetrix as the third largest real estate site by number of unique monthly visits in 2006, the company grew its revenues by 1,629% between the end of 2002 and 2006.

NREI: How do you generate your data?

Sharga: We collect foreclosure filings from public records pulled from 2,200 counties. A small percentage of that is automated. [But] our contact people must capture the data physically. It’s a very manual and archaic process.

Sharga: I think it’s going to get worse before it gets better. The sheer numbers of defaults have exceeded our expectations and just about everyone else’s. Of course, when lenders knowingly provide so many sub-prime loans with adjustable rates with little or no documentation and 100% financing — well, you had to expect a huge downside coming. Between now and next June, $600 billion in [ARMs] are expected to reset.

NREI: Tell us about your customer base.

Sharga: Our customers are typically real estate investors or people who want to become investors. During the boom, we had lots of flippers, but that profile has changed. We now see more people looking for an edge in short sales. There are also a surprising number of subscribers that are first-time homebuyers or who are looking to move up. About 10% of our subscribers are what you’d consider professionals, such as brokers and lenders.

NREI: How do you package your information?

Sharga: Since our inception, we have basically made the data available on an all-or-nothing basis. A flat-rate monthly subscription gives you access to the entire database. We’ve started to add comparative sales, maps, loan histories and tax-assessor information.

We recently developed an algorithm using Microsoft’s Virtual Earth technology, which allows exterior viewings of these homes. It uses satellite photos but also provides aerial views shot from low-flying planes. It’s not a flawless system because sometimes the mapping software doesn’t get subscribers to the exact address. It’s a funny thing: it turns out the earth isn’t flat! So we had to normalize — or adjust — the data to compensate.

NREI: What do you charge for your service?

Sharga: We charge $49.95 per month although there are discounted packages as low $24.95 for people who sign on for longer than a month-to-month contract.

One of our initiatives for 2008 is to create three versions of our experience. One will likely be a low-price version for the average consumer and homebuyer, because much of our current data, frankly, is overkill for them. The second will cater to the investor level, while the third will focus on the real estate professional.

NREI: Do you plan to expand into commercial real estate coverage?

Sharga: Roughly 10% of our data is what I call “accidental” commercial real estate. For example, you might have a multifamily dwelling or a barbershop in a residential neighborhood. We’ve had fairly significant interest in commercial and it’s a safe bet we’ll move further into it, either on our own or with partners.

NREI: Tell us a little about the instances where your data came into question?

Sharga: We did have a glitch in Georgia. We brought in a new supplier and the way their files were submitted threw off our data filter. We were working with a reporter on another project and she noticed duplicate listings. We went through our entire database to make sure this was limited to one state.

There was also an earlier flap with Colorado in 2006. They disagreed with our methodology. We counted all three stages of foreclosure and listed all three while the state was counting one. Obviously, the economic development people don’t want their state to be known as the No. 1 foreclosure state.

NREI: How far-reaching is your data?

Sharga: We’re getting filings from 70% of the counties and 89% of households. [Moody’s] economist Mark Zandi has remarked that this has never been attempted before.

NREI: What’s next for your company?

Sharga: We see so many inefficiencies in commercial data. We would like to create a more efficient online model. And I think we’ll probably expand into other opportunities beyond foreclosures, such as tax sales, commercial and probate.

NREI: You’ve gotten significant media exposure given the high volume of foreclosures. Has this bumped up sales?

Sharga: After 11 years in business it’s nice to be an “overnight sensation.” But we have established great press relations and are obviously filling a void there. We had 4,000 press hits in the first half of 2007.