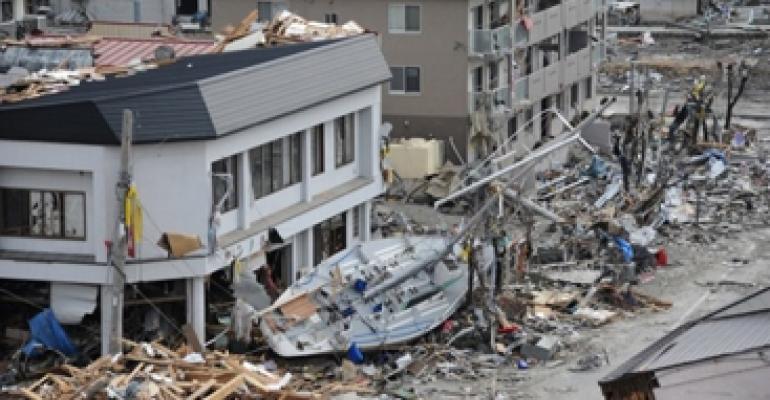 Long before an earthquake and tsunami struck Japan with catastrophic force on March 11, killing 13,000 people and causing $300 billion in damage, scientists at the California Institute of Technology were laboring to find clues that could serve as early warnings to predict when earthquakes will occur and thereby reduce the loss of life.

Wenzheng Yang, a post doctoral scholar in geophysics at Cal Tech in Pasadena, Calif., is among the group of international scientists striving to find answers that could ultimately help to save office towers, apartment mid-rises and other buildings, and the human beings who work and live in them. He studies tiny quakes that occur along the fault lines of California’s coast, tracking data from sensors placed miles away from population centers, where human movement and noise could taint the collected data.

“People in Southern California that have real estate may be on the fault or not. People want to know the potential seismic hazard here,” says Yang. “My research is about studying small earthquakes. Micro earthquakes. The earthquake in Japan, magnitude 9, that’s like one seismic event for a thousand years.”

In a person’s lifetime, he or she may experience or hear of such a major quake just once or twice. Because they occur so infrequently, it’s very difficult to gather data about the large quakes, says Yang. Meanwhile, thousands of small quakes occur every year, although people cannot feel them. “In Pasadena, the smallest quake that people can feel is a magnitude 3. But there are nearly 1,000 magnitude 1 earthquakes in the same area each year.”

Many small quakes occur on any given day. This morning, a magnitude 2.5 quake was recorded a mile from Ocotillo, in Southern California, according to the U.S. Geological Survey. Another quake, magnitude 2.2, struck three miles from Malibu, according to USGS.

Those small quakes are fertile with information, and researchers use seismometers to study them and gather data. “There is a relationship between a large earthquake and a very small earthquake which is very, very important for us to explore — the chance that a large earthquake could occur in this area,” says Yang.

Some 300 seismometers placed from Southern to mid-California track the micro quakes and feed data to Cal Tech’s Seismological Laboratory. “Usually, we put the seismometer in a remote area or on a mountain, close to bedrock,” says Yang. If the area becomes more active, the researchers expect an increase in activity of larger earthquakes, too.

In the past, the ability to accurately predict when large quakes will occur has been very poor, says Yang. “We’re still at the beginning of understanding the reason why we could have a large earthquake in a region, like Los Angeles,” says Yang.

Researchers from the Southern California Seismic Network collect and study the data from the quakes and aftershocks, and use it to predict the likelihood of further shaking. For example, on July 7, 2010, a magnitude 5.4 quake struck the Collins Valley near Coyote Creek along the San Jacinto, Calif. fault line. The quake was widely felt throughout California, network researchers said, and even as far as Las Vegas.

The network scientists projected that eight or nine magnitude 2.5 aftershocks would occur over the 24 hours following the larger quake, with a 30% chance of one or more aftershocks as large as magnitude 4.

But accuracy remains a problem in predicting quakes. When the magnitude 9 tremblor struck Fukushima, Japan, triggering a tsunami, damaging the region’s nuclear plant and leveling buildings, scientists were caught off guard. They had long been looking in another direction where they believed a quake was more likely to occur.

“Most seismologists are very concerned about the area to the south of Tokyo. In the last 10 years, people were focused on that area. They believed that the next disaster was going to occur there,” says Yang. “Nobody — I think only one or two researchers — was trying to say that the area where the recent earthquake occurred is very dangerous. Most research showed the next big one should occur to the south of Tokyo.”

From his investigation, Yang has learned that properties can sustain more damage than expected from aftershocks, since they may have been weakened by earlier quakes. “A large earthquake loosens the earth,” he explains.

Another factor in gauging damage is that different types of rock lying below commercial buildings react to a quake in varied ways. Igneous rock does not respond to violent shaking in the same way as metamorphic or sedimentary rock, and that affects whether a structure above it withstands the impact or collapses. Scientists need to better understand such factors before residents or owners of say, an apartment building, can estimate how severely the structure will be affected by a quake. Still, engineers are improving quake resistance by making foundations more flexible, reinforcing a building’s exterior sheath, and taking other precautionary measures.

Just as Yang studies micro quakes, other researchers study the violent motion of a quake, observing the greater damage done by seismic S-waves, or secondary waves, compared with P-waves or primary waves. The zig-zag motion of S-waves tends to leave more damage in their wake, says Yang.

Studying the behavior of small quakes is critical, particularly in regions such as Japan, where large quakes frequently occur. Japan is located in a zone affected by the thrust of two immense and active underground plates, the Pacific and Eurasia plates.

In his native China, nearly all provinces suffer earthquakes, says Yang. One day, he hopes to carry the knowledge from his Cal Tech studies back home, where it can be applied in the quake zones. Yang is from Guizhou Province, and has studied at the Institute of Earthquake Science in Beijing.

He is convinced that his field of study is essential to understanding catastrophic quakes. With tiny quakes, there are many lessons to be learned, he says. “We need to pay more attention to them.”

Above all, the inability to pinpoint a pending disaster pains the scientist. “Why couldn’t people predict the most dangerous place for the future [quake]?” he wonders, in considering the catastrophe in Japan. “That’s a very important issue for the community. We should have a better understanding of the micro earthquake and that could be one of the most key issues to predict the location for the future [catastrophic] earthquake.”