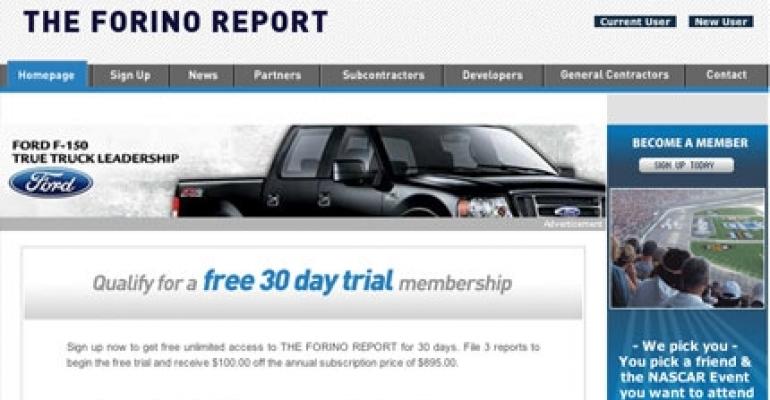 Finding a reliable general contractor just got easier thanks to a new Web-based service.

In early January, The Forino Report was launched to help uncover the professional records of these commercial development groups. Created by a former Wall Street securities analyst, the site offers detailed records of past jobs (and in some cases negligence) through user-generated reports.

Rocco Forino, the third generation in his family to work with the construction industry, believes that his site should help subcontractors make intelligent financial decisions. Given the construction industry’s reputation as an unregulated, Wild West-type business, Forino believes that it’s high time that an online source offered some much needed transparency to subcontractors.
“Until now, the general contractor practices of only paying a portion of the base contract, holding retainage hostage to squeeze additional work, or frivolously using back charges were common,” says Forino. “[This service] will warn [others] about awful past jobs and, worst of all, the general contractors that don’t pay.”

One of the nation’s largest apartment REITs is leveraging its online presence to attract tenants and lease up units.

United Dominion Realty Trust (NYSE:UDR) announced last week that 1.1 million unique visitors logged onto its Web site in 2006, up 71% from 2005. The company reports that nearly 60% of those visits were the result of organic search engine referrals. Most users searched phrases such as “apartment for rent” or “apartments.”

“Technology is transforming the way prospective residents shop for apartments,” says Martha Carlin, an executive vice president at UDR. A full 36% of the company’s 2006 leasing volume was done strictly through the Internet (up 20% from 2005). One long-term goal: Carlin hopes to obtain and process roughly 90% of all signed leases on the Internet.

Prospective residents can take virtual tours of the communities, fill out an online apartment application and be screened for credit from the REIT’s Web site. During the fourth quarter, UDR also posted a time-elapsed video of a kitchen and bath makeover to its Web site to emphasize the dramatic improvements being made to thousands of its kitchens and baths.