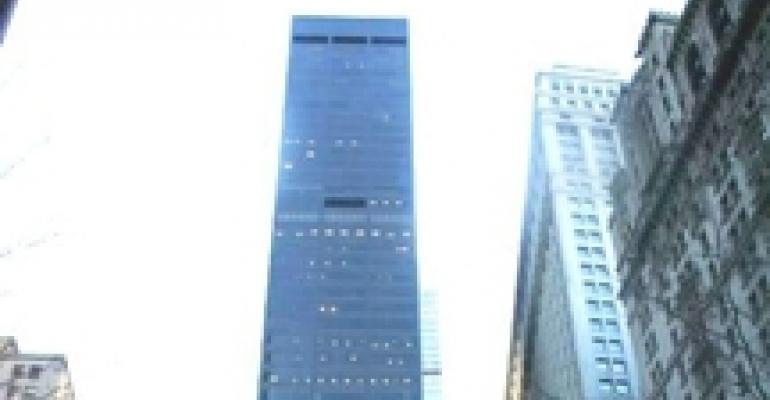 Cash-strapped commercial real estate tenants are increasingly turning to the services of lease auditors to pare expenses and free up capital for other uses. The auditors are using Web technology to pinpoint potential areas for cost reduction, while keeping in touch with clients via secure Internet sites.

For a major tenant occupying a large commercial space, the potential savings are huge if a discrepancy is found between the expenses allowed by a lease and those actually charged by a landlord. A firm can reduce operating expenses by 10% to 20% in some cases.

“I once found a landlord charging probably 10 times the cost of certain cleaning supplies that the tenant would have paid had it been an independent cleaning contractor,” says Anthony Collura, president of Corporate Real Estate Services Inc. (CRS), based in West Long Branch, N.J. After an audit, the tenant recovered more than $1 million from the landlord.

In another case involving garage and management expenses, the tenant recovered $700,000 from the landlord, says Collura. Many financial recoveries are far smaller, however, such as the $38,000 returned by a landlord who had passed on electricity expenses to the tenant, while adding his own charges.

Business has increased 15% to 20% over the past 12 months at CRS. Some of the new clients asking for help are in dire straits, says Collura. “Right now, everybody is looking to tighten their belts and to cut back on expenses.”

Most clients, however, simply want to improve the bottom line. “We deal with a lot of Fortune 1000 companies, so they’re not so much underwater as they are looking to improve profitability.”

Technology has helped both landlords and tenants to reduce their operating expenses, although most CRS clients are tenants. The CRS system is Web-based. “We communicate with our clients in terms of keeping them up to date on the status of everything we do,” says Collura. The clients can log in using a secure password to access the status of the audit work.

Because so much can be done online, less travel is required, although Collura frequently meets with clients in person. “Certainly I’m on an airplane a lot less than when I first started doing this 20 years ago.”

It saves a great deal of time if a company has created online files before the initial visit by a lease auditor. The auditor carefully examines a firm’s portfolio of leases to determine which ones are likely to yield savings.

Generally, the more complicated a lease is, the more likely it is to become a candidate for audit, since simpler, more straightforward leases leave little room for misinterpretation, according to Collura.

Energy costs are one area frequently targeted for close examination. “In most cases, landlords are not allowed to charge a premium on electric and make a profit passing through energy costs,” says Collura.

CRS reviews files to be audited at each location and develops a report for the client recommending specific actions. During the audit itself, CRS informs the landlord of potential claims, and examiners review the landlord’s records as a key part of the audit process.

The tenant’s site may also be surveyed. For example, CRS may undertake the physical measurement of a tenant’s space to clarify whether the square footage stated in the lease corresponds with the actual space occupied.

It pays to check the math. At times, simple calculation errors are found — transposed numbers or a formula inaccurately applied. Some errors can lead to big overcharges for tenants.

The auditing firm represents the client to the landlord and negotiates on the tenant’s behalf to come to a resolution. It’s a process that requires diplomacy, says Collura. “People don’t like to be told that they’re charging incorrectly,” he says. In about 90% of cases where inaccuracies are found, there was no malicious intent, he says. “They’re just honest errors.”

Each client’s needs are different, and an individual approach is necessary, says Collura. “The turn of a phrase, the change of a word could make a big difference in a lease, so you have to be very careful on not only drafting these leases, but in appropriately administering them after they’re drafted.”