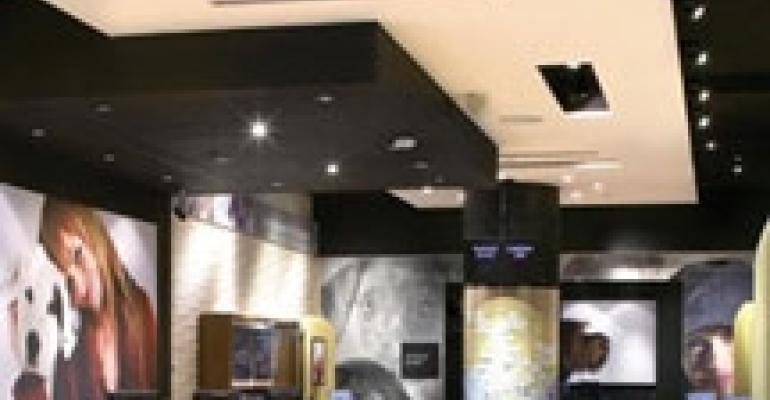 A number of submissions caught our judges' eyes with nice details or design solutions, but came just short of being full-fledged award winners.

Judges admired how GHA Shoppingscapes handled the assignment of creating a new store for Canadian cell phone chain Fido. The trend has been to go modern (see Nokia on p. 12). But GHA went in the opposite direction. The dark fixtures and wood floors give the space a warm feel.

In a renovation facade in Washington D.C., Cooper Carey activated what had been a dead corner. Judges admired the solution, but felt the statement could have been more dramatic and the element been extended to a second story or higher.

FRCH Design Worldwide nearly won an award for Lotte Mia — a 10-level, 361-square-foot department store in Korea. Judges saw it as an interesting counterpoint to Harvey Nichols (p. 16), but saw it as being a notch below that design. Of particular note is the five-story crystal chandelier that drapes through the center of the escalator well.

Omniplan took the acclaimed NorthPark Center — a fixture on the Dallas retail scene that has always been half-museum, half-mall, and doubled the property's size with a design that melds perfectly with the original. Judges admired how Omniplan took the idea and ran with it. But they were torn, though, since much of the credit for the property's look belongs to the original architects.