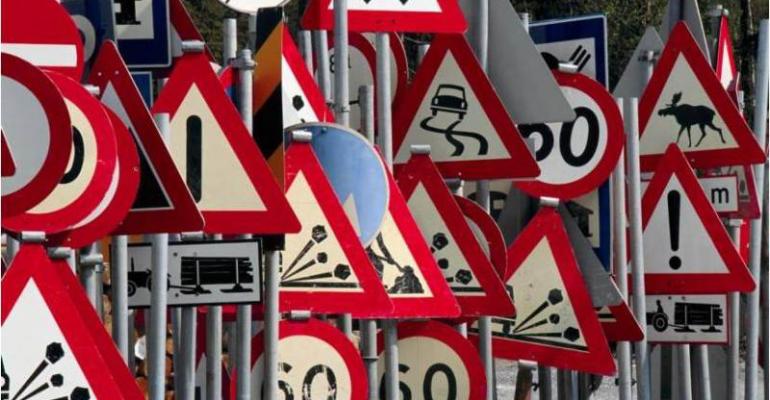 “If you put good, accurate data into Portfolio Manager, you get good results,” says Tony Liou, president of Partner Energy Inc., a national energy consultancy firm. He is referring to the federal government’s Energy Star benchmarking computer program, which is mandated for commercial buildings by many cities and local municipalities. “But garbage in, garbage out,” he says.

Sometimes, for example, companies can game the system with benchmarking systems to make a building look like a miser when it is really an energy hog, Liou notes, by indicating fewer operational hours than there are in reality. Other errors are honest mistakes. “People might use net rentable square footage instead of gross square footage, which will throw things off,” he explains.

Retail Malls and Multifamily Left Out

One frequent criticism of Portfolio Manager is that there is not yet an Energy Star rating for multifamily or retail malls, even though many of those property types participate under a general commercial category. But some within the commercial real estate industry even criticize the data Portfolio Manager uses to compare buildings. Input a building’s energy use into the system and the program gives you a 1 to 100 score. Score 75 or better and you can call yourself an Energy Star-rated building. But that comparison data is from at least 2003, and the intervening 10-year lapse is an eternity in technology-time. Buildings were much worse off a decade ago, so people are comparing buildings with a low bar.

For example, Darlene Pope, owner of the energy consultancy CoR Advisors, says she found many ways for a Boston client to save energy. Benchmarking came back with an Energy Star score of 84 and the client was thrilled. “It’s a good score, but it’s an old database,” Pope says. “Compared to buildings in Boston from the 1950s, it’s okay, but for today’s standards it’s horrible.”

Because of the unrealistically high score, the client had been prepared to tackle major improvements, says Pope, but then abandoned them. “Benchmarking is a good start, but it doesn’t do anything other than give you a number,” she says. “Buying a scale does not make you lose weight.”

Energy Star should be using more current data within two years, says Nils Kok, executive director of the international consultancy Global Real Estate Sustainability Benchmark and a visiting scholar at University of California, Berkeley. But once that new data comes out, buildings that performed well might see their scores plummet, Kok says.

Can Compliance Be Enforced?

Laws that require commercial buildings to benchmark with Energy Star don’t always work as hoped, says energy consultant Dustin Gellman. Theoretically, when the data is made public, as the laws are more and more frequently requiring, tenants should shop for good scoring buildings, encouraging all owners to improve. But that doesn’t always happen.

For instance, says Gellman, when a Seattle benchmarking law was just days away from implementation, his Chicago-based company, Green Per Square Foot, analyzed how many buildings had met the standard, and was surprised by the answer. “Only about 20 percent had done it,” he says.

Gellman’s advice for ensuring city-wide compliance would probably have a lot of building owners screaming. “Absent a really steep fine, I don’t think a lot of these cities have a good way to convert everyone over,” he says. While some companies were honestly ignorant about the law, he notes, others didn’t want to know what they’d find. “It takes the health of your building and makes it public,” Gellman says. “A lot of owners don’t want that.”

Getting the Best Out of Benchmarking

CBRE Group Inc. is certainly not in the reluctant category when it comes to benchmarking. About 95 percent of the 1,500 buildings the company manages use Portfolio Manager and about a third of the total are Energy Star rated or would qualify for the rating based on CBRE’s analysis.

Dave Pogue, global director of corporate responsibility for the firm, agrees that data input errors can skew benchmarking scores, so the company is working on a system to upload data directly as bills are paid. But there are other complications. “The regulation requires the owner to disclose the information but they don’t always control the meter,” he says.

Another pitfall comes from the inherent nature of commercial buildings. Tenants use the energy and impact the energy score, but owners carry sustainability responsibility. “The building can go from Energy Star to non-labeled because of the use of the occupants, Pogue notes.

That’s why many leases are starting to reflect sustainable realities, says Gene Leone, a partner with Pircher, Nichols & Meeks. “Leases can call for tenants to install lighting that senses occupancy,” Leone says. Some leases have riders that require the tenant to adhere to the building’s sustainability programs, from recycling trash on site to the use of low-flow toilets. And other changes in leases are being seen when it comes to off-hours use of buildings.

“Landlords are saying, ‘If you need to supply off-hours HVAC, nights, weekends, the like, you have to build it into your system—we’re not going to cool 10 floors so you can have a few guys on your floor on a Saturday afternoon,’” says Leone.