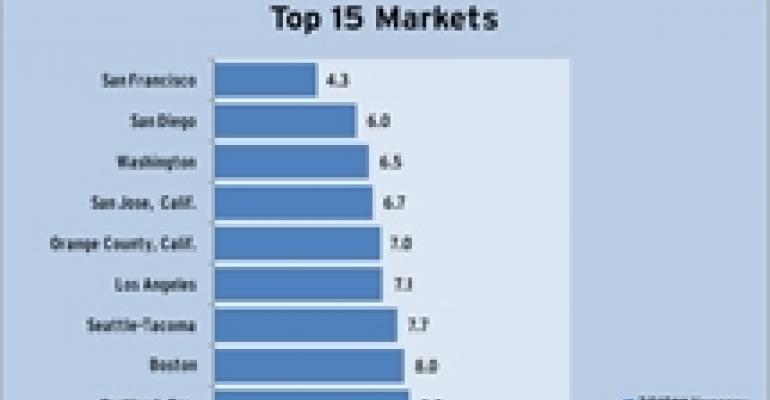 Weaker markets include some cities that had steep housing bubbles and where retail projects were built in anticipation of new rooftops that never materialized. Fizzling housing markets in Florida like Orlando and Fort Lauderdale along with California's Inland Empire, Las Vegas and Phoenix are all ranked in the bottom 15. Also on the bottom 15 markets list are struggling Midwestern markets plagued by high levels of unemployment including Detroit and a triumvirate of Ohio cities: Cincinnati, Cleveland and Columbus.

Aside from the market ranking, Marcus & Millichap Managing Director of Research Services Hessam Nadji provided an economic outlook and provided commentary on how the recovery is shaping up.

Nadji pointed to the Commerce Department's retail sales figures--which are now showing year-over-year gains--as one sign that the economy is strengthening.