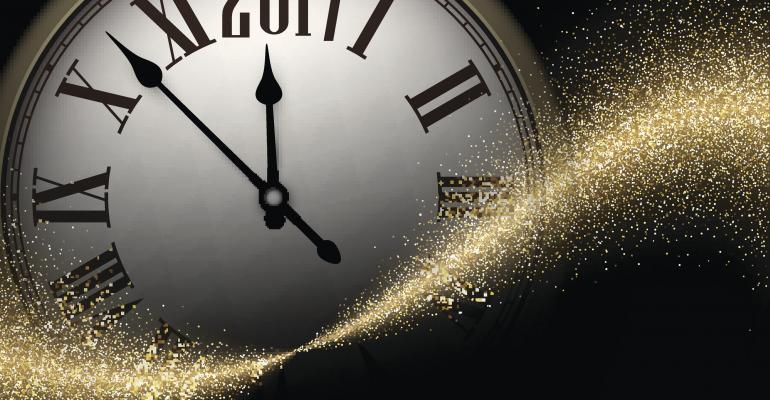 CMBS Is Ready for Fresh Start in 2017

CMBS is proving yet again that the market may be down, but it is by no means out as a key capital source for commercial real estate. Despite looming risk retention rules set to go into effect Dec. 24, many in the industry are looking ahead to 2017 with more optimism.

There is no question it has been a tough road for CMBS lately. Even with a late-year rally, activity is still well off the pace of 2015. Year-to-date issuance totaled $65.0 billion as of mid-November compared to $95.5 billion issued during the same period a year ago, according to Commercial Mortgage Alert, an industry newsletter. In fact, CMBS issuance is on pace to post its lowest level since 2012, when market activity reached just $48.4 billion.

The CMBS market has spent much of the year trying to recover from volatility early in the first quarter that significantly reduced the issuance pipeline. After posting solid results for fourth quarter 2015 at $23.4 billion, issuance dipped to $19.3 billion in the first quarter and slowed further to $11.4 billion in the second quarter, Commercial Mortgage Alert reports.

“Equally significant is a dawn of this new regulatory regime that we are entering,” says Pat Sargent, partner in Alston & Bird’s finance group, who focuses on CMBS and structured finance. New risk retention rules have slowed deal flow as issuers worked to revamp structures. “All of the participants in the industry have been trying to determine how best to comply with risk retention, and frankly, whether or not they can still make this a profitable business under the new risk retention rules,” says Sargent.

Yet the new rules are also getting credit for spurring issuance in the second half of the year as lenders look to push deals through ahead of the deadline. In addition, the market has been more active with issuers experimenting with new structures that comply with risk retention rules.

“We have seen a couple of vertical strip risk retention deals that have been well-received by the market because of the quality of the loans that were in the pools and the perception that the bank was standing behind the deal with their own money,” says Tom Fink, a senior vice president at Trepp. CMBS issuance rebounded to $19.2 billion in the third quarter and Trepp is forecasting that issuance will reach $25 billion in the fourth quarter for a year-end total of $75 billion.

Although the regulatory onslaught is “throwing sand in the cogs” of the CMBS market, Sargent is optimistic that issuance will hit the $100 billion mark again in 2017. One factor that should help issuance rise in the coming year is the high volume of commercial real estate debt that is maturing and needs to be refinanced. In addition, investors continue to have a healthy appetite for CMBS and spreads have also narrowed compared to earlier in the year. As of mid-November, spreads on 10-year AAA conduits were at S+111, which is down from the 52-week average of 127, while BBB- rated conduits were at S+563 compared to the 52-week average of 624, according to Commercial Mortgage Alert.

And the few deals with vertical risk retention in place that have hit the market have been pricing 15 to 20 basis points tighter for the 10-year AAA shares as compared to other deals. So it appears that investors are willing to pay more for risk retention right now, says Fink.

Although President-Elect Trump has been vocal about his plans to “dismantle” Dodd-Frank, the CMBS industry will likely have to get comfortable with risk retention rules that may very well be here to stay. Risk retention rules are low on the priority list of most bankers in terms of changes they would like to see in regards to Dodd-Frank. Most bankers are more focused on bigger issues, such easing the regulatory burden on smaller banks and making changes to the Volcker Rule, which prohibits banks from engaging in certain speculative investment activities.

It is going to take a long time to change Dodd-Frank and some in Congress are going to fight it tooth and nail, says Fink. “So I think the folks who are planning on doing issuing with risk retention in place are probably going to have business to do in the first half if not all of 2017,” he says.