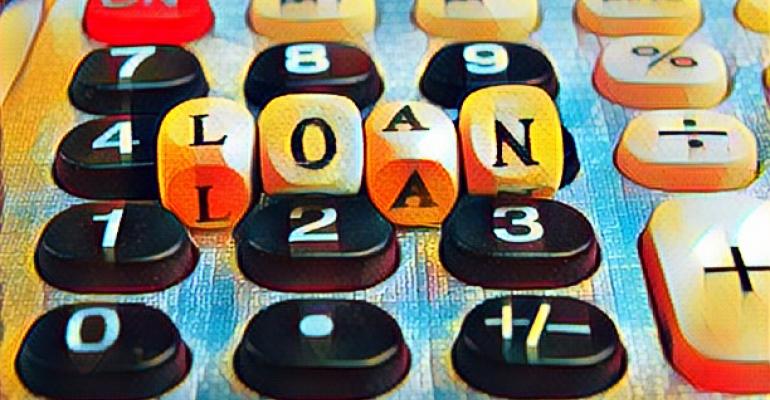 The ratings agencies described the overall declines in CMBS loan quality as “modest” and “benign.”

It appears the credit quality of CMBS loans is deteriorating.

But analysts at several credit ratings agencies are not too concerned, describing the declines in CMBS metrics as “modest” and “benign.”

“Anecdotally, quality has probably slipped a little bit,” says Robert Grenda, senior vice president at Morningstar Credit Ratings, which has not rated any conduits recently. “But I wouldn’t say it’s anything that’s been too dramatic or too concerning.”

In the first two quarters of the year, S&P Global Ratings reviewed 15 transactions and rated six in total. Leverage levels stayed relatively constant between the two quarters, but were a bit higher than in 2017 on average, says John Connorton, a director in the CMBS group at S&P Global Ratings. S&P’s data shows that the average loan-to-value ratio (LTV) last year was just below 90 percent; now it’s at 92 percent. “In general, not that much worse than in 2017,” says Connorton. “Really, the biggest changes are in the effective loan count, pool sizes and composition of the pools.”

According to a recent report from Moody’s Investors Service, the average LTV ratio remained flat at 117.3 percent, a high level and similar to its 2007 vintage.

Overall pool size decreased “slightly” from $1 billion in the first quarter to $825 million in the second, Connorton says. There have also been more multifamily, industrial and self-storage properties in the CMBS pools; there was a decline in office loans, he adds.

Joe Baksic, associate managing director at Moody’s Investors Service, adds that there has been an increase in single-tenant properties included in CMBS pools. Forty-four of the office loans were single-tenant, increasing loan vulnerability should those tenants leave. “The single tenancy [issue] is one, unfortunately, by-product of having a lower retail concentration,” Baksic says.

While 2018 is shaping up to be better for CMBS loan quality than the period between 2014 and 2016, it is slightly off from 2017, notes Huxley Somerville, managing director and head of Fitch Ratings’ U.S. CMBS group. The year of 2015 “was substantially worse from a credit quality point of view compared to this year and certainly last year,” Huxley says. The average LTV that year was 109.3, according to Fitch data, and the average debt service coverage ratio (DSCR) was 1.18 times.

The late stage of the cycle may in part be contributing to the decline in loan metrics. “This type of deterioration you almost expect to see,” Grenda says.

In some ways, the deterioration in credit quality has been anticipated for a bit, Somerville notes. “There [has been] talk that CMBS needed to increase leverage in order to remain competitive with other sources of finance,” he says. “However, there were also concerns about the ramifications of higher leverage.”

Despite average DSCR and LTV remaining fairly constant at the pool level, how they are dispersed throughout the pool can create the need for more CE. “That’s something we are concerned about, and that concern is reflected in higher CE levels,” Connorton says.

Still, it is unclear if the increase in leverage is a direct result of the sense at the beginning of the year that leverage needed to increase for conduit lenders to stay competitive—or is simply a response to market conditions, Somerville says.

There is one metric that has some analysts a bit worried: the increase in loans that feature some form of interest-only (IO) period, which is approaching the peak years of 2007. That year, right before the financial crisis, full-term and partial-term IO loans represented 85 percent of conduit loans. These types of loans are more susceptible to default than amortizing loans, according to a report from S&P. Now, about 75 to 80 percent of conduit pools are comprised of IO loans. Moody’s’ report also notes the overall average share of IO loans is at more than 75 percent.

About 50 percent of CMBS issuance involves full-term IO loans, and 25 percent involved loans with partial IO periods, according to Natalka Chevance, a director in the CMBS group at S&P. “Full-term IO percentage is very close to the levels that we saw historically during those years of high issuance; partial IO is slightly lower, as it has declined in the past few years as full-term IO increased,” she says.

There are several mitigating factors to IO loans that might make them appear better—better DSCR, they are for better properties, and they have pre-amortization, for example—but those mitigants are not as good as they are made out to be, says Kevin Fagan, a senior analyst at Moody’s Investors Service.

It is possible that there is a greater share of IO loans because of late-cycle competition. “Lower quality properties are able to get IO when it was only the higher-quality properties and borrowers,” says Fagan, adding, “It is similar to 2007 in that sense.”

But unlike 2007, there is high DSCR. “The coverage is substantially higher because of lower interest rates and because of IO,” Fagan says. “DSCR is quite good right now relative to pre-crisis.”