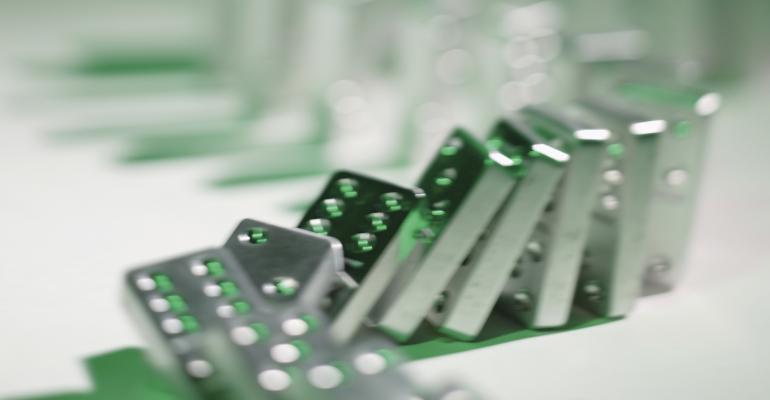 The rate is the highest the firm recorded in 18 months.

The overall delinquency rate for U.S. CMBS loans climbed by 13 basis points in February month-over-month, to reach 5.31 percent, according to a recent report from research firm Trepp LLC. The rate is the highest the firm recorded in 18 months.

According to Trepp researchers, the increase was caused by $2.3 billion in newly delinquent loans. “A sizable portion of that $2.3 billion came from notes that were current, but are now ‘non-performing loans that are beyond the maturity data,’” they write.

The office sector was largely responsible for the increase, with a 54-basis-point increase in its CMBS delinquency rate, ending at 7.65 percent in February. All the other core commercial asset classes experienced delinquency decreases, the largest being in the retail sector where CMBS delinquency declined by 17 basis points month-over-month, to 5.93 percent.

Similarly, ratings firm Fitch reported that CMBS loan delinquencies increases by three basis points in February over January, to 3.37 percent. The firm’s researchers report that the largest delinquency last month was a 660,223-sq.-ft. office complex in Uniondale, N.Y., with carried a $108 million CMBS loan that defaulted at maturity.