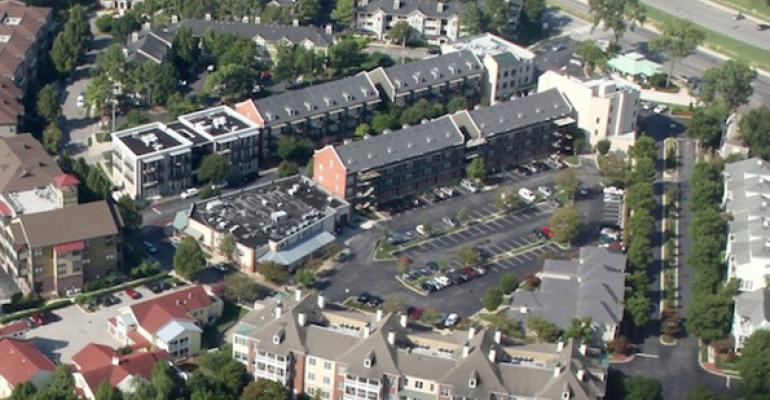 Multifamily Developers Favor Downtown, But Suburbia Holds Its Own

In the midst of the Great Recession, vacancy in the multifamily sector hit a cyclical high of 8.0 percent. Over the next several years, the vacancy rate nearly halved, reaching 4.1 percent in early 2014. Vacancy now stands at 4.2 percent as of the end of the first quarter, where it has plateaued for 12 straight months.

What these figures don’t reveal is whether a disparity exists between the urban and suburban market segments. So we aim to dissect these headline figures in order to answer some very specific questions, in particular, how has the recovery affected multifamily properties in suburban areas versus those found in urban neighborhoods? Have both subsets of properties shared equally in the recovery and subsequent expansion? And perhaps most importantly, how will the influx of new supply influence market fundamentals in each category?

First, an examination of vacancy trends in the urban and suburban subsets highlights one of the key findings from this analysis. During the first quarter of 2015, the vacancy rate for all suburban properties fell to 3.9 percent. Aside from one small quarterly increase in mid-2014, suburban vacancy has been on a consistent downward trend since late 2009, declining 420 basis points in that timeframe. Contrast that with downtown properties where vacancy has actually been rising for roughly two years now. After hitting a cyclical low of 4.4 percent in the first quarter of 2013, vacancy among CBD properties has climbed to 5.8 percent as of the first quarter of this year.

To understand what is causing this divergence in trends, an examination of the supply situation within both subsets of the overall market is needed. Developers and investors have made significant bets on urban areas attracting high-income renters. Recent data bears out this trend in construction activity, and Reis forecasts indicate the CBD buildup will continue for the near-term future. It is important to note the relative sizes of the two market subsets; total suburban inventory is almost eight times greater than the size of the CBD apartment market.

As a result, absolute construction figures are much greater in suburban markets given their overall size. For example, in 2014 nearly 126,000 suburban units were completed versus roughly 42,000 units in downtown markets. But when we compare percentage increases in inventory, the lopsided rate of construction in CBDs becomes apparent. Those 42,000 new units in urban areas represent a 3.6 percent increase in inventory. Meanwhile, inventory growth in suburban markets was only 1.4 percent during 2014. This trend has been evident since the end of the recession. Between 2010 and the first quarter of 2015, total suburban inventory grew 4.8 percent. Over the same timeframe, CBD apartment inventory rose by a sizeable 12.5 percent.

What about the demand side of the equation?

The heightened pace of new supply in downtown metro areas noted above has been a significant contributor to rising multifamily vacancy rates in CBDs. A more nuanced look at absorption figures is required to evaluate the differences in demand between CBD and suburban areas, but it tells an interesting story as well.

As a percentage of inventory, net absorption has been stronger in CBDs (2.6 percent of inventory in 2014) than for suburban markets (1.5 percent), but as we know, a high rate of construction is bolstering CBD absorption. In 2013, net absorption in CBDs totaled 2.7 percent of the subset’s inventory versus 1.4 percent for suburban areas. Yet new supply in CBDs outpaced demand by over 4,000 units (hence the vacancy rate for CBDs beginning to rise in 2013). Meanwhile, deliveries have yet to outstrip net absorption in suburban markets in the post-recession landscape.

Last year was the first year in which a large disconnect between new demand and new supply developed in CBDs, driving up vacancy rates. Occupied stock increased by roughly 1,000 units less than was observed in 2013. While not significant in and of itself, the fact that it did so when deliveries increased by roughly 7,000 units is telling. Given the boost to net absorption that new supply brings (that is, any portion of it that is quickly leased up), the fall in net absorption implies that demand for existing CBD space declined more than headline figures indicate. As such, the CBD vacancy rate spiked 90 basis points to 5.7 percent by year-end 2014.

The outlook for CBD and suburban markets

Due to the relative size of the suburban apartment market, declining vacancy in this segment has prevented CBDs from pushing the headline vacancy rate up by more than 10 basis points. However, the suburban market will not be immune to the influx of new supply. Reis forecasts that 2015 will be the first year since 2009 in which deliveries outpace net absorption in suburban areas, resulting in an increase in vacancy around 60 basis points. Inventory is likely to increase nearly 2.0 percent. Regardless, the pressure on the CBD vacancy rate will be much greater. Inventory is projected to rise almost 5.0 percent in downtown areas, with net absorption falling well behind the pace of construction. We expect vacancy in these areas to climb to 6.9 percent in 2015 alone.

Occupancy may be declining in CBDs, but rent growth remains healthy. Effective rents have increased by 22.2 percent since the end of 2009, relative to a 16.0 percent increase for suburban apartment properties. Annual rent growth for both segments has likely peaked as the supply pipeline for both market segments remains elevated. We expect rent growth in urban areas to stay above 4 percent for 2015 before dropping into the mid-to-low 3s in 2016. The suburban market will still exhibit growth above 3 percent in 2015, but this will drop below 3 the following year.

These results may give pause to those who have invested heavily in urban multifamily markets. The downward trend in homeownership and the popularity of city life among Millennials appear to back up the claims of CBD optimists. The homeownership rate currently sits at 63.7 percent, its lowest level in decades. Moreover, the rate among the 30-to-34 and 35-to-44 age brackets is much lower, at around 46 percent and 58 percent, respectively. Yet it is always dangerous to assume that recent trends will persist into the future. The oldest of the Millennials are now hitting their mid-30s and having serious discussions about starting a family. Renting in an urban area may be preferable now, but the lure of better public school systems, affordability and more living space may pull Millennials to suburban areas.

The fate of the apartment market most likely lies between the rosiest and the most pessimistic of predictions. Favorable demographics will continue to benefit multifamily for the next five years, though stronger supply growth will likely prevent the possibility of double-digit NOI growth. As this analysis indicates, investors in downtown markets will want to be particularly cognizant of their market’s supply pipeline and its potential impact on fundamentals.