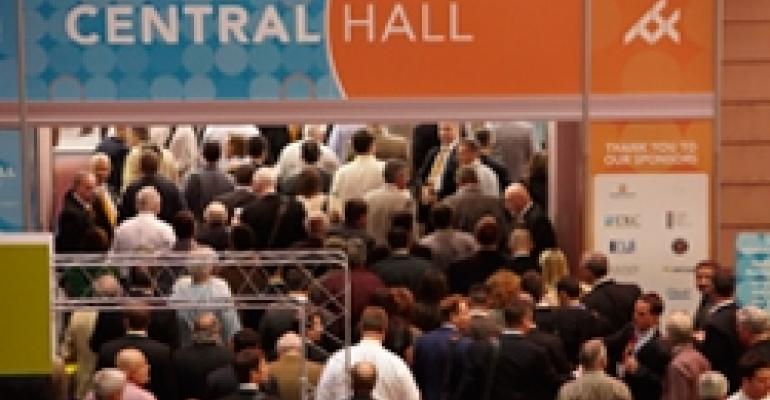 Industry Has Great Expectations for RECon 2011

Retail real estate professionals heading to ICSC’s RECon in Las Vegas year expect to see one of the busiest conferences since the market crashed in 2008.

Though the retail leasing environment still has a lot of room for imporvement , development and brokerage firms are sending more personnel, planning more parties and anticipating closing more deals with retailers than during last year’s convention.

As of Thursday, ICSC’s preregistration figures showed 30,000 attendees—up about 1,400 from 2010’s RECon attendance. To put it in perspective, however, in the show’s peak years attendance was about 50,000. Still, after a somber mood in 2009 and cautious optimism in 2010, most attendees are expecting the attitude to be much more positive in this year’s edition.

“Our clients are excited and the mood is definitely upbeat,” says Greg Maloney, president and CEO of Jones Lang LaSalle Retail, an Atlanta-based third party management firm. “Last year, retailers were saying ‘We are looking, maybe we’ll do a few deals.’ This year, they are definitely expanding.”

Brokers with Stan Johnson Co., a Tulsa, Okla.-based commercial real estate investment firm that specializes in single-tenant net lease transactions, have wall-to-wall appointments planned throughout the conference, starting on Sunday, according to Jerry Hopkins, director. He notes that deal appetite from institutional investors in retail real estate continues to be strong, which is why Stan Johnson will be sending more brokers than it did in 2010.

Another firm that will increase its presence at the show is Faris Lee Investments, an Irvine, Calif.-based retail real estate brokerage firm. Last year, 12 Faris Lee brokers attended RECon. This year, the number will rise to 20, with the team starting its meeting schedule on Sunday and flying out of Vegas on Wednesday night, according to Richard Walter, president. Walter’s goal is to generate about 15 new transactions from show meetings.

“I think the mood is going to be pretty good,” Walter says. “Everybody I am talking to is pretty up, everybody is fully booked and wants to do deals.”

This year, some of the tenants are as enthusiastic as brokers and developers.

Bill Horner, senior vice president and chief real estate officer with sports club chain LA Fitness, says his team will head out to Las Vegas on Sunday and will be looking for dozens of new sites. In 2010, LA Fitness opened 26 new locations; in 2011, it will likely open 23—the firm’s goal is about 30 new locations a year, but it’s been having trouble finding enough appropriate sites, Horner says.

“I expect to see a mood that’s probably more upbeat than it has been in the last three years,” he says. “Everybody is a little unfrozen and getting back to trying to do business.”

Retailer activity at the show will likely be divided along two lines—luxury and discount chains will be signing new leases, while most of the big-box retailers will be trying to gauge the direction of the market and determine what the development pipeline will look like over the next few years, according to Mark Keschl, national director of retail with Colliers International, a commercial real estate services firm. Colliers will have about 200 representatives at the event, all of whom are booked solid from Monday through Wednesday.

“This year certainly seems much more upbeat than 2010,” Keschl says. “But although a lot of people are heading out to the show with the expectation that things are good for them, they want to see if things are good universally. They want to make sure that optimism is shared.”

Despite the optimism, the industry has not yet fully returned to normal business conditions.

While leasing activity at centers in infill areas has certainly picked up in recent months, getting tenants to sign up at properties in secondary and tertiary markets continues to be a struggle, according to Jim Maginn, president and CEO of the Watt Cos., a Santa Monica, Calif.-based development and management firm. Watt has been able to replace most of the big-box retailers it lost in infill areas during the downturn.

But “we had a problem with big boxes in outlying areas—in the Inland Empire, outside San Francisco,” Maginn says. “ICSC won’t help us there.”

At the same time, Maginn notes that he expects a much bigger showing at this year’s RECon than in 2010. “I expect to see more people coming by our booth,” he says.