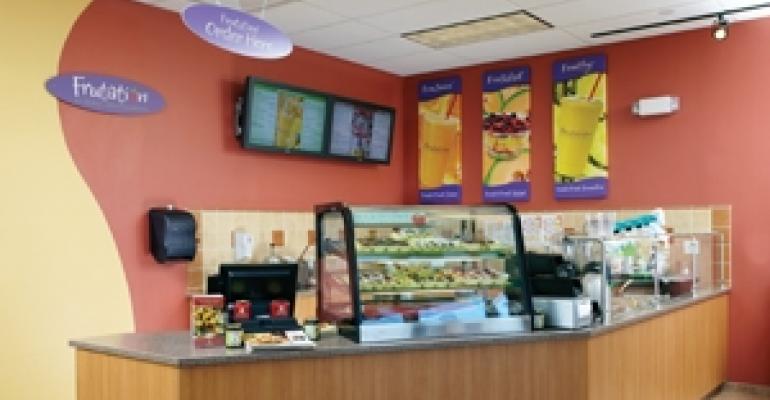 Most retailers have had slow growth plans since 2007. But Edible Arrangements, a Wallingford, Conn.-based chain that specializes in assembling elaborate bouquets of sculpted fruit for special occasions, has not been one of them.

The company offers a strong example to other tenants of how it is possible to expand, even amid a deep slump in consumer spending. In 2010 alone the company has opened a total of 69 new stores to date and plans to open between 30 and 40 additional stores before the year’s close. In 2011, it will open between 150 and 200 new stores. In 2009, it also launched a new spin-off concept, Fruitation, which sells grab and go smoothies, juices and salads made with fresh fruit.

“Our long-term goals keep changing as our concept evolves,” Edible Arrangements COO Kamran Farid says. “We are in the majority of the densest parts of the country, but there are a lot of pockets still empty. Our goal is to keep going and to be able to service every single consumer in the U.S. And with Fruitation, our grab-and-go concept, there is a lot of opportunity there. That concept we see growing and maybe having one or more stores in every city. You’ll start seeing a lot more [of us] in high-traffic areas.”

Farid identifies the Washington, D.C. market as one where the company would like to expand, in addition to mentioning parts of Florida and California. In general, however, Edible Arrangements’ site selection strategy tends to be opportunity-based and depends in large part on where it can find new franchisees.

Today, all of the company’s stores are franchises. While Edible Arrangements initially started off with five company-owned stores, the founders decided that managers who invested their own money in the business were more likely to do a good job. Edible Arrangements doesn’t require its franchisees to have previous retail experience, but it’s looking for people with a drive to succeed.

In terms of locations, Edible Arrangements looks for spaces between 1,200 square feet and 1,500 square feet in high traffic strip centers. For its Fruitation units, in particular, the company puts an emphasis on locating in class-A centers, Farid notes.

In addition to steady foot traffic, high visibility and easy access, the chain prefers to be near co-tenants who draw women shoppers, including the Children’s Place and baby Gap, since women tend to be designated gift-givers in most families. It also works well in centers that house national bank branches.

“We are looking for someone who wants to start their own business, but needs our help,” Farid says. “We will help them with funding and help train them from A to Z. Our franchise is all about the system, and knowing how to do it and make it successful.”

It has had some bumps, however. In September, the EA Independent Franchisee Association (EAIFA) filed a complaint against Edible Arrangements with the United States District Court for the District of Connecticut alleging the company violated the terms of its business arrangement with the franchisees and unfairly implemented some system-wide mandates.

In a statement, Edible Arrangements said it “strongly disagrees with the EAIFA's characterization of the facts and conclusions.” It plans to fight the complaint “vigorously.”

The company “certainly had very strong growth in only 10 years,” says Jim Bieri, president and CEO of Bieri Co., a Detroit-based real estate consulting firm, and an X Team International partner. “We have an Edible Arrangements here in a project we represent in Michigan [the Renaissance Center in Detroit]. The landlord was a bit skeptical at first because they haven’t heard of the concept, but they have been opened for a couple of years now. It’s proven to be a successful franchise.”

Overall, Edible Arrangements operates more than 900 stores in the United States, and 960 worldwide, in countries ranging from Italy to Turkey. When the company was founded, 11 years ago, its long-term goal was to reach the 50-store threshold.