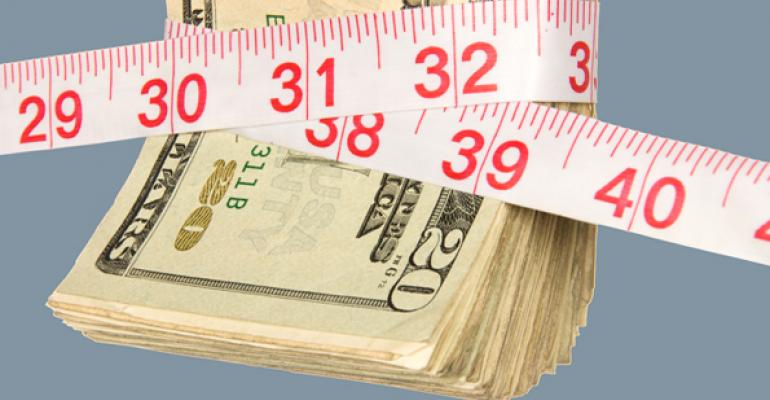 Looking to cut costs? You’re not alone. Milwaukee, Wis.-based Johnson Controls Inc. is working with retailers to manage portfolios and provides a range of services, including finding and building new locations, renewing leases and managing maintenance projects. The company says with the economy still struggling to rebound from a recession now in its second year, retailers are increasingly coming to Johnson Controls for help with lowering their bills, disposing of surplus space and other cost cutting measures.

“Much like their customers, our customers are looking for ways to be able to save money,” says Jeff Walters, vice president and general manger of the retail business group in Johnson Controls’ building efficiency division. “It’s a very, very cost-competitive market right now.”

In response to the difficult economic conditions, many retailers have been deferring repair and maintenance of HVAC systems and generators, Walters says. But he warns that although a retailer may be able to get away with stretching these systems on short-term basis, firms are risking bigger costs down the line if the mechanical systems suffer catastrophic breakdowns due to neglect.

“We expect that as the economy improves, things will get back on track and preventive work will emerge,” Walters adds. Construction work has also slowed since fewer retailers are looking for new sites given the economic environment, he notes. The drop in construction spending pushed sales in Johnson Controls’ building efficiency division down 14 percent during fiscal third quarter to $3.2 billion from $3.7 billion. Deferred maintenance projects also contributed to the decline, the company said in a conference call to investors in July.

One growth industry that remains a boon for the company, though, is energy management. “Right now, one of the emerging needs is, ‘Get my utility bills down as low as possible without a large capital investment,’” Walters says. He adds that Johnson Controls has been performing “energy audits” to identify ways employees can change their behavior, such as turning off lights or adjusting temperature settings.

Besides finding ways to lower bills or cut costs, Johnson Controls works with retailers to manage their store portfolios through the company’s 150 branch locations. Johnson Controls maintains a list of standards for each of its retail customers and then checks to make sure the merchants are living up to their own standards at each of their stores. The standards may be as simple as keeping the store windows clean to removing snow from walkways. Walters says with its national presence, Johnson Controls can make sure those standards are adhered to at every store in the retailer’s store base.

For example, the firm manages over 1,200 JCPenney locations—a job that includes monitoring indoor air quality, deploying maintenance staff to handle emergencies and auditing the condition of each department store in the Plano, Texas-based company’s portfolio. Johnson Controls says its strategies have helped the retailer save more than $8 million annually over the last 15 years.