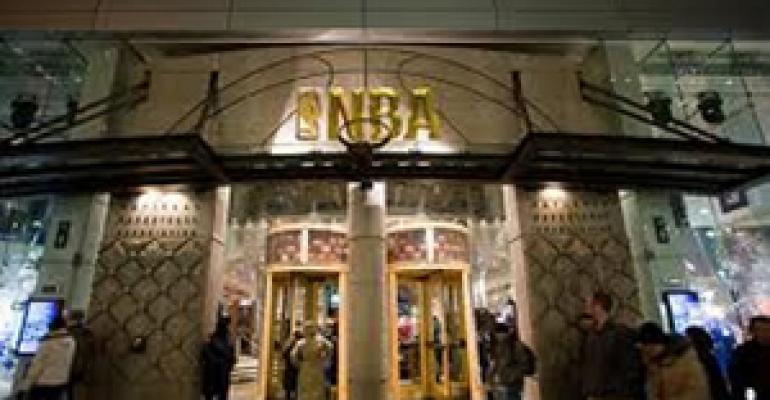 While Realty Income’s acquisition of these properties is subject to a number of conditions, it is anticipated that the majority of the properties will close during the first half of 2011. If the transaction is completed as planned, the company currently has sufficient liquidity from cash on hand and availability under its revolving credit facility to fund the transaction.

The properties to be acquired are located in 17 different states and consist of approximately 3.8 million square feet of leasable space. The majority of the lease revenue from these single-tenant properties is generated from investment grade tenants, or their operating subsidiaries, in 11 different industries.

“While the vast majority of assets in our portfolio are 'retail' properties, this acquisition continues the expansion of our portfolio into additional single-tenant, net-lease, asset types,” CEO Tom A. Lewis said in a statement. “Should all of the properties in this transaction close as expected, the distribution, office and manufacturing properties, acquired in this portfolio, will represent approximately 3.3 percent, 2.4 percent and 0.8 percent, respectively, of our company’s total pro forma rental revenue.”

The portfolio currently has approximately $291 million of existing mortgage debt. Realty Income anticipates paying off approximately $223 million of the mortgage debt at, or shortly after, acquiring the properties. It will pay off the remaining $68 million as soon as prepayment penalties and other costs make it economically feasible to do so.

Inditex, the parent company of brands such as Zara, Pull & Bear, Massimo Dutti and Stradivarius, among others, is taking the retail condo at 666 Fifth Avenue on the northwest corner of Fifth Ave and 52nd Street. The space was formally occupied by an NBA flagship store.

“This deal proves that prime retail real estate remains in strong demand from investors and operators alike and that Savills has the international reach, expertise and discretion needed to coordinate and conclude sensitive and high value transactions,” Savills CEO John D. Lyons said in a statement.

“There is no better retail in Manhattan and our client has reinforced this through their acquisition,” Savills Europe CEO Borja Sierra said in a statement. “Rather than committing to a $300 million long-term lease commitment, our client has clearly endorsed the Fifth Avenue shopping district by demonstrating it is prepared to maintain long-term ownership on the street” lead the transaction on behalf of Savills.

Savills LLC is working with a wide range of domestic and international clients on a number of similar transactions. The firm expanded the its U.S. footprint with the opening of two new offices and established Savills Cross-Border Investments group, which is dedicated to enabling foreign groups seeking to invest in U.S. real estate.

As part of the transaction Savills worked with the seller to negotiate the early termination of the NBA lease thereby allowing Inditex to move forward with plans for a new flagship Zara store.

Developers Diversified will not receive any proceeds from the sale of its common shares until settlement of the forward sale agreements, which is expected to occur on April 4, 2011.

The company anticipates using the net proceeds it receives from the forward equity sale plus $60 million from the exercise of warrants to purchase the company's common shares by Alexander Otto and certain members of his family for the redemption of $180 million of the company's 8 percent Class G preferred shares. Any excess proceeds will be used for general corporate purposes. The company has been advised that the Otto Family will exercise their warrants on or about March 18, which entitles them to purchase 10 million of the company's common shares at $6.00 per share.

“Regardless, we had to work hard to defend our financing proposal,” Mozer said in a statement. “The structure included a significant cash-out for the borrower, and recent sales for the grocer were flat. GSP and Doerken reassured the lender with in-depth market research, detailed analysis of the anchor’s year-over-year sales, strong performance history for the overall property through the recent market downturn, and Doerken’s operating expertise.”

The 10-year CMBS loan closed with a 5.69 percent rate, 30-year amortization, 70 percent loan-to-value and a sub-10 percent debt yield. Prepayment was based on yield maintenance at no additional cost. In addition, the loan was structured with minimal reserves.

The recently constructed center is anchored by a 56,000-square-foot Harris Teeter Food Market and Pharmacy, which opened in October 2010. The acquisition is the second purchase by Black Oak in the past four months as it also acquired the 130,000-square-foot South Cumberland Marketplace in November 2010.

Hastings Marketplace is currently 73 percent leased and is occupied by tenants including Bank of America, Verizon Wireless and Neibauer Dental Care. Black Oak Associates is working with Rappaport Retail Brokerage, the exclusive leasing representative for the property, to complete the lease up of the available 25,000 square feet.

Built in 2009, Waxahachie Crossing is anchored by Best Buy, Ross and PetSmart. Shadow anchors include JCPenney and Home Depot. Wal-Mart, Target, Lowe’s and Belk and various national restaurants are located within the area.

The center’s tenants have triple-net leases and pay their own taxes, insurance and common area maintenance. Anchor tenants have recent 10-year leases. Shop tenants are on five-year original term leases.

Plaza Advisors announced the recent sale of a 14,820-square-foot Walgreen’s store in Cape Coral, Fla. Plaza Advisors represented the seller in the transaction and co-managing partners Anthony Blanco and Jim Michalak, together with senior associate Lenard Williams, were involved in the engagement. The purchaser was a private individual and was represented by Cassidy Turley BRE Commercial.

TNP Strategic Retail Trust Inc. announced that its boards of directors authorized the company to pursue the acquisition of the 109,250-square-foot Craig Promenade in North Las Vegas, Nev. An affiliate of Thompson National Properties LLCM, the Company's sponsor, has entered into a purchase agreement to acquire Craig Promenade for a substantial discount from the original loan balance on the property. The property includes 91,750 rentable square feet and two raw land parcels consisting of 17,500 buildable square feet that can be sold, ground leased or developed. Constructed in 2005, Craig Promenade is 77.5 percent leased and anchored by Big Lots. Other tenants include Carl's Jr., Popeyes Louisiana Kitchen and MetroPCS.

The Boulder Group completed the sale of a single tenant property ground leased to Walgreens, located in St, John, Ind., for $2.74 million. The 63,162-square-foot parcel is 100 percent leased on a long term basis to Walgreen Co.Randy Blankstein and Jimmy Goodman of The Boulder Group represented the seller, a Chicago based developer. The purchaser was an institutional investor based in the Midwest.