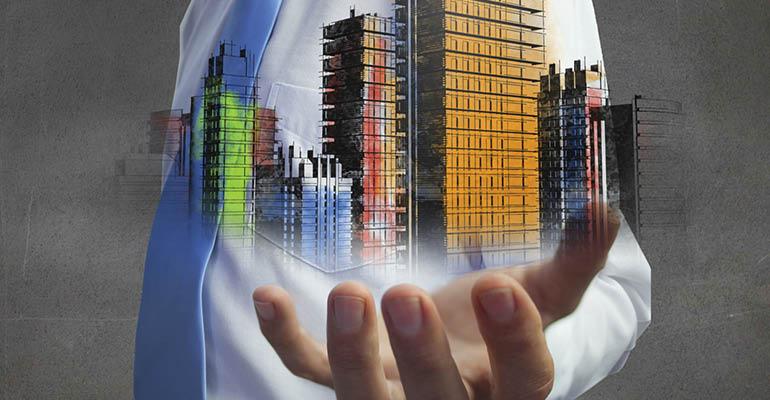 This article will explore those types of repurposing that have had particular successes as compared with those in which the properties continue to struggle.

As the U.S. domestic economy continues to gain traction, and the unemployment numbers have dropped to one of the lowest percentages in over a decade, building owners and developers are rightfully examining all of the options for maximizing the income from commercial properties, and especially from existing bricks and mortar in already mature areas. This article will explore those types of repurposing that have had particular successes as compared with those in which the properties continue to struggle and offer suggestions about how to tell one from the other at the outset of the repurposing plan.

Investment in the project begins with the projection of the ultimate outcome of the repurposed commercial property, and it is most likely to originate if it can predictably throw off a sustained acceptable net income for at least 10 to 12 years. With the limited exception of cash buyer owners, the attractiveness of the repurposing scheme to commercial lenders is typically the starting point. Since the cheapest money to borrow has historically been for loans of at least 10 years, the repurposed use must demonstrably show that the net operating income (NOI) will support the debt payments and achieve a loan-to-value (LTV) ratio of usually 70 percent or less over the life of the loan, plus the years following to allow for refinancing.

The type of repurposed use does, and should, depend greatly not only on the region, but the anticipated growth and development in that region. Though this may be stating the obvious, research in advance will often better align the repurposing plans with projects that have not been developed, but are on someone else’s drawing board. For example, the rapid expansion of enterprises such as SpaceX, renewable energy firms and all manner of private schools may not be currently present in the region, yet once situated, would leave the would-be developers in the dust of others who foresaw the needs that would attend such a radical new regional influx. Also, some areas are enjoying the benefits from vast investment sums flowing in from foreigners who are looking to maximize returns by securing assets in the U.S., or are interested in placing their assets outside the reach of certain governments.

The types of properties which are seeing the greatest challenge to sustaining their value on a national scale are older, traditional big-box stores and regional malls, large walk-in bank buildings and all manner of commercial properties in certain areas of the country which have sustained industry downturns, in sectors such as cars and oil and gas.

A survey of the greatest success stories in commercial building repurposing include the innovative developers who predicted the proliferation of charter schools in states which offered subsidies and other incentives to court the development of early and grade-school education. Other types of successful re-uses of commercial properties are: entertainment, such as music and movie venues with adjacent dining opportunities; hotels which have sprung in city cores from older office buildings or government centers that are no longer needed as such; community college or annex properties of established colleges and universities taking up residence in churches or other assets that have large auditorium spaces and plenty of parking.

Added to the plan of action should be the determination of any subsidies, grants or other government incentives that sometimes attend a city planner or leader’s desire to refresh a historic or venerable area. Few politicians are shy of words or proposed deeds, if elected, and the review of the last campaign platform of the local governing leaders will often serve up clues of areas where the city, county or state will support the redevelopment of existing properties for the greater community good, as well as for those developers savvy enough to have done their homework. And, of course, parking and other access should be at the top of every page of analysis for redevelopment as the end users’ ability to park, and/or the willingness to use public transportation or valet services, can mean life or death of a new going concern.

A discussion of the successes and best practices is often placed in best context when compared with those repurposing ideas which decidedly do not work as sustainable new uses nor offer the needed NOI.

Independent church groups, unaffiliated with any of the nationally-recognized and backed church organizations, are usually seen as among the biggest risks. For the most part, they are simply at the mercy of the current parishioners’ contributions for an income stream. Most lenders do not recognize this tenant use as occupancy at all or, at best, place it at the lowest tier of tenants. The fabled “credit tenants” of the past decades are also on the ropes to the extent that retail is in the throes of full-fledged attack from e-tail. Non-retail uses such as schools and professional offices can add stability to the income stream, but can also add greatly to the costs of specialized build-outs.

Commercial real estate analysts are tackling the issue of whether the curtailing of traditional retail due to Amazon-like influences is here to stay or whether there may be a resurgence of the need for more local stores and outlets. In addition, the recent acquisition of Whole Foods by Amazon, followed immediately by drastic reductions in prices, and incentives for shoppers to become members aligned with the parent company, is perhaps a warning that new development needs to be able to adapt to a marketplace which may have no need for mom-and-pops. Ideally, a repurposing plan is hedged to favor both outcomes.

A careful plan for repurposing commercial property will be a well-mixed balance of research of the area based on announced government preferences, private influx of development dollars into the area and the statistical rebounds for the type of new venture, combined with thorough due diligence on the industries and population coming to town.

Kim Ashby serves as a partner and litigation lawyer with Foley & Lardner LLP. She represents developers, contractors, and governmental entities on a range of complex  litigation matters, including lenders and special servicers in CMBS foreclosures and workouts.