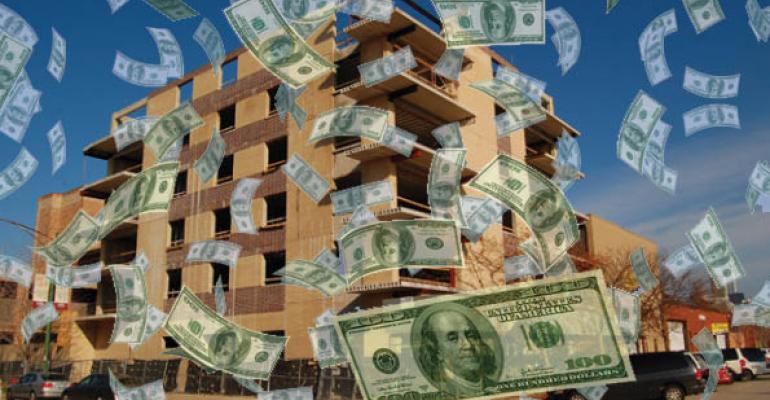 Why Are Development Costs Getting Higher in Major U.S. Cities?

Investors are encouraged by the sunny predictions for commercial real estate in 2015, with strong demand and value for U.S. real estate expected to continue for at least the next three years, especially in metropolitan areas, where property prices are expected to rise by 10 percent. Primary drivers of the projected increase in commercial real estate value are the escalating multifamily residential rates, hotel room rates and commercial office and retail rental rates. While this is all good news, there is a question as to whether the rapidly increasing costs for development and construction of new projects will stymie the currently sizzling U.S. urban development markets.

Land costs in the urban cores have dramatically escalated, making it difficult for developers to find developable parcels that pencil. Adding to the issue of expensive land prices, in December 2014, the Wall Street Journal reported that construction costs are rising faster than the inflation rate: the U.S. Labor Department’s consumer price index had risen only 1.3 percent above the previous year, while the construction index was higher by 5.2 percent.

Land is scarce and expensive

In most major U.S. urban markets, the cost of land has risen aggressively, in line with the greater demand for urban living by millennials and empty nesters. In Los Angeles, for example, land for industrial developments—many of which are changing from industrial use to residential mixed-use—have averaged approximately $23 per sq. ft. at the beginning of 2014 and  by year‘s end, asking prices were as high as $32 per sq. ft. There has been and continues to be keen competition for every developable site, with the urban core expanding into previously blighted areas.

Construction employment was disproportionately affected by the recession. As a result, many construction professionals—both labor and management—left the industry. Across the country, there are 1.4 million fewer people employed in construction than there were at the peak in 2007, according to the U.S. Bureau of Labor Statistics. Many in the construction industry who lost their jobs during the recession have found new careers, and many skilled tradesmen left the industry all together. Compounding the shortage is the lack of high-quality training available to young people entering the construction workforce today. Construction has not been recommended as a career option, neither during the recession nor in these recovery years. While the movement in secondary education is trending toward creating more technical training—California’s SB 1070 Career Technical Education Pathways Program is one example—the pace at which young people are entering the construction workforce is not keeping pace with demand. Add to that the immediate need for seasoned construction professionals and labor, and it’s not difficult to imagine how this personnel shortage will contribute to a slowdown in commercial development.

A 2015 survey by the Associated General Contractors of America found: “Among respondents that were trying to hire workers, 87 percent report having a hard time filling key professional and craft worker positions. In particular, more than three-quarters (76 percent) of the firms that are hiring report having a hard time finding qualified craft workers to fill vacancies, while 62 percent say the same about professional positions such as project managers, supervisors and estimators. Worse, eighty-one percent of firms expect it will either become harder or remain as difficult to find qualified craft workers during the next 12 months … 72 percent of responding firms predict it will get harder, or remain as hard, to find qualified construction professionals this year.”

As developers who perform their own construction work compete with commercial builders to hire the right kind of talent, both are feeling the shortage. In the Los Angeles metro market, which tops the nation with $5 billion in current multifamily/mixed-use construction, many of the leading builders are at full capacity, and some have even had to turn away contracts due to the personnel shortage.

When contractors do find and hire the people they need, the current market demands premium compensation for their talents. Subcontractors are having the same experiences and, accordingly, have increased their pricing.

Countering some of the rise in construction costs is the fact that most materials costs, apart from glass, have not greatly increased. Associated Builders and Contractors Inc. reported in April 2015 that, although concrete products prices are up 4.1 percent on a yearly basis, total input prices have fallen by 3.6 percent since the same time last year. For example, iron and steel prices are down 11.5 percent and softwood lumber prices are 7.4 percent lower than one year ago. Current crude petroleum prices are down 55 percent and crude energy materials prices are down by 43.7 percent from the same time last year.

This year, the multifamily residential category is expected to remain the most desirable asset class all over the country, based on projected employment growth and other demographic trends. Despite rising construction costs, investors and builders in the multifamily market expect that these costs will be offset by increased demand and rising rents. In Los Angeles, year-end vacancy is projected at 3.0 percent, and average effective rents are already more than $1,800 a month for a one-bedroom units and nearly $2,400 for two bedrooms. Many new apartment developments target tenants in the age 24-to-34 demographic, the peak ages for renting. If the pace of new multifamily construction doesn’t outstrip demand, the predictions of growth in the market will most likely prove to be justified.

Steve Pellegren, DBIA, is executive vice president with Bernards, a nationally-ranked commercial builder headquartered in Los Angeles, which is currently building a third of all multifamily units currently underway in the Los Angeles and Orange County, Calif. metro areas.