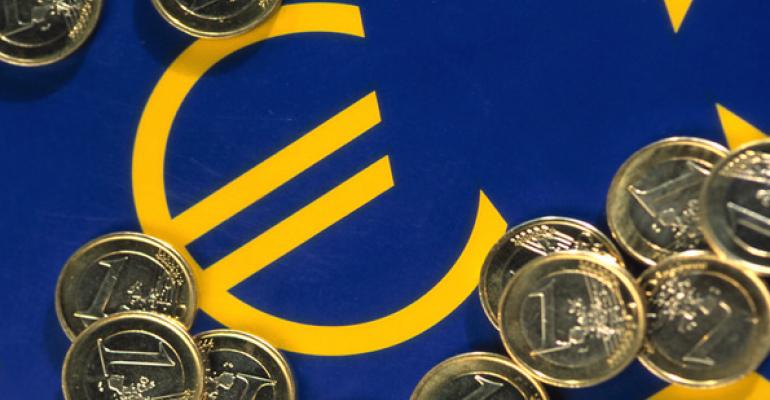 Pipeline of European NPLs Is On the Rise

Last month, an affiliate of New York City-based Cerberus Capital Management announced that it had acquired two portfolios of German retail real estate properties from Wells Fargo. The group acquired 10 German retail properties in the “Monsoon” portfolio totaling more than 865,000 sq. ft., and another approximately 301,800 sq. ft. in the “Phoenix” portfolio. According to a statement from Cerberus, the acquisition is part of the firm’s broader strategy to expand its footprint in Germany, while also injecting fresh capital to spearhead a turnaround of the properties in order to create value for stakeholders.

Firms such as Cerberus that are shopping for deals in Europe are finding both more competition and more acquisition opportunities. “We are seeing a lot of private equity funds from the United State coming here. Every week there is a new one buying something, and it is quite active,” says Federico Montero, a partner, EMEA Corporate Finance for Cushman & Wakefield in London.

Initially, it took some time for banks to do their homework to prepare non-core or non-performing loans (NPLs) for sale. Banks have been busy gathering and validating data, which has been a challenge in itself as these financial institutions are not property companies, notes Montero. Now the banks, and asset management agencies charged with cleaning up the bad banks, are moving forward with sales.

There has been a notable uptick in activity from agencies such as the National Asset Management Agency (NAMA) and Irish Bank Resolution Corp., both in Ireland, and Spain’s SAREB. Since it was created last December, SAREB has brought two transactions to market. SAREB closed on its first property portfolio deal in early August with H.I.G. Capital, a global private equity firm. The portfolio of 1,000 homes around Spain sold for €100 million.

During the first two weeks of July, €5.4b billion in non-performing loans closed, bringing the year-to-date closed transaction volume to €11.2 billion across Europe, according to a recent report released by Cushman & Wakefield. Furthermore, the current pipeline of €12.1 billion in live sales and €44.1 billion in planned sales suggests that the total transaction volume in 2013 will exceed the full year 2012 total. Based on the likelihood of closing, Cushman & Wakefield predicts that over €30bn will be transacted by year end.

The big players such as Blackstone, Kennedy Wilson and Goldman Sachs were the first to the table. Certainly, those large investment groups remain active in their pursuit of NPL portfolios. “Every time a bank puts out a big loan portfolio for sale, it is very difficult to compete with them,” says Montero.

Yet the banks and asset management agencies also have realized that in order to draw more mid-size buyers to the market and fuel more competitive bidding, the portfolios need to be sized in more palatable portions. For example, if a bank puts out a $1 billion portfolio on the market, it might generate two, three or four potential bidders compared to 15 to 20 bidders on a $200 million portfolio.

That increased competition is putting more pressure on pricing. Eighteen to 24 months ago, the expected IRRs were about 20 percent or an equity multiple of 2x. “Now if you want to be competitive and you want to buy something you have to lower your return expectations,” says Montero. Although returns vary from country to country, the expected IRR for most acquisitions has dropped to the mid-teens or 1.5x to 1.8x multiples, he adds.

Initially, NPL transactions have been occurring largely in the United Kingdom, Ireland, Germany and Spain. However, attention is starting to turn to other countries with live sales now underway in markets such as the Netherlands, Italy and Finland. The Netherlands is a potential hotspot due to the fact that the Dutch banks lent a lot of money to commercial real estate, and there are issues with an oversupply of office space. Case in point is SNS Reaal NV. The fourth-largest Dutch bank suffered significant losses in commercial real estate loans and underwent a €3.7 billion nationalization earlier this year.

In addition, international banks that have significant commercial real estate loan exposures in countries such as Poland and Portugal have opted to focus on issues in their home countries. So, they are now starting to deploy their foreign loan portfolios, which will generate more sales activity in those countries, notes Montero. As a result, the window of opportunity for investors will continue to broaden over the next three to five years. “It is a very interesting opportunity for investors. There is a big volume that you can find in a lot of different countries,” he adds. 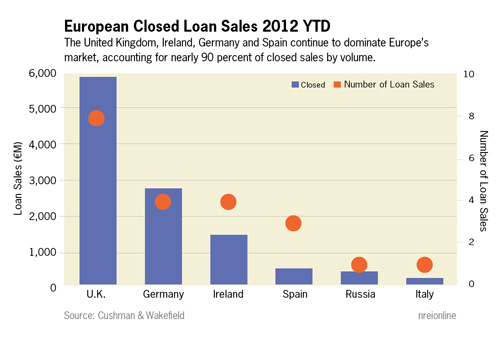