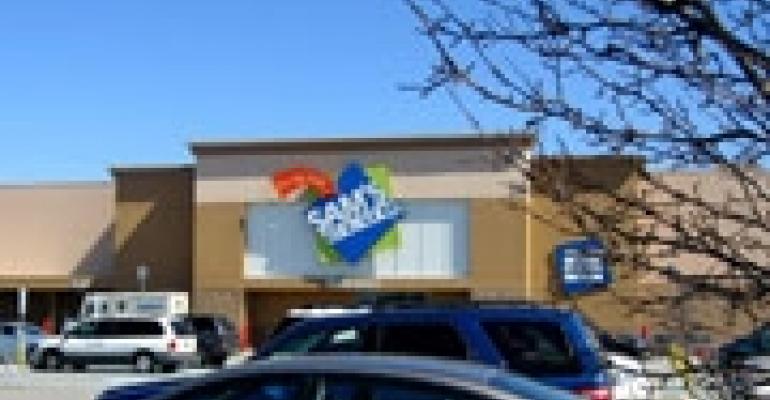 When the credit crunch took hold in late 2008, there were expectations that there would be a pressing need for receivers and REO specialists as banks and special servicers grappled with troubled loans. Instead, lenders “kicked the can” down the road, extending loans whenever possible rather than dealing with properties.

Yet through all that some firms have been able to build successful receivership businesses. In the Northeast, North Plainfield, N.J.-based Levin Management Corp., has had a steady stream of receivership and REO work on retail properties. Levin’s management and leasing portfolio includes more than 90 retail properties totaling more than 12.5 million sq. ft. in New Jersey, New York, Pennsylvania, Virginia, North Carolina and Florida.

For example, in April 2010, Levin Management was named the court-appointed receiver for ITC Crossing North, an 180,000-sq.-ft. shopping center in Mount Olive Township., N.J. Levin was brought in to fill about 20,000 sq. ft. of vacant space and also manage day-to-day operations of the center.

In addition, in January 2011, the firm was named the exclusive leasing and managing agent for the retail component of the Livingston Town Center mixed-use complex in Livingston, N.J. The project was an REO property owned by an undisclosed bank.

With banks and special servicers now starting to be more aggressive in dealing with troubled loans, Levin expects more opportunities to emerge in 2011.

Retail Traffic Editor-in-Chief David Bodamer spoke with Robert Carson, executive vice president of Levin Management Corp., to discuss trends on distressed retail properties and lessons the firm has learned in dealing with troubled assets. What follows is an edited transcript.

Retail Traffic: How did Levin get started in the REO business?

Carson: We did some work in the last cycle, 10 to 12 years ago. That’s when some lenders contacted us to say they were taking back properties or needed to put them into professional management. We really cut our teeth on that. Today’s work is a natural progression of that. We also feel it’s a natural outgrowth of our management and leasing.

Retail Traffic: Commercial real estate professionals expected a big wave of distressed properties for a long time. That never materialized. But do you see volume picking up in 2011?

Carson: We are seeing some lenders and special servicers expressing a greater need to pay attention to these properties than they were doing 12 to 18 months ago. There’s a huge amount of maturing debt coming due in the next few years. Lenders were willing to do nothing and wait it out with borrowers, hoping that things were going to get better. Now as the economy has sort of made some progress, we’re seeing those special servicers and lenders looking to people like us to take over properties. They want to try to increase the value and get them on the market so they can deal with their distressed debt situation. So we’ve seen more activity.

Retail Traffic: Can you generalize at all in describing the kinds of retail assets that are becoming distressed? Are there common qualities that stick out?

Carson: In general, we see properties that have suffered some vacancy issues that are driving them toward lenders or special servicers. It can be that they’ve lost an anchor, co-tenancy clauses get triggered and it affects rent from other stores.

In addition, there can just be general vacancy issues that are not necessarily tied to anchors. You see centers where it might be 25 percent vacant because a lot of the small shop space is empty. It is a real mixed bag of what you’re seeing in the types having trouble.

When we first get involved, we don’t always see the whole picture until we get our hands on leases and get the economic figures out. A center may look good from an occupancy standpoint, but then you get in there and find that the borrower made concessions to keep lights on, but hasn’t done anything to maintain the value of the center with the stores that are still operating there.

Retail Traffic: What are some of the common issues you run into when taking over management of a distressed asset?

Carson: Most of time, when it comes to this point, the lender is so distracted that we see a lot of things. We can buy out servicers better through bidding or asking vendors to reduce costs. We look at how things are being billed. Sometimes the old owner may not have been billing for everything they were entitled to bill from the tenants, or perhaps the owner was simply not doing it efficiently. So it’s both taking advantage of income opportunities and from the expense side. We push as much as we can, so that when a lender decides to dispose of a property, it makes things look a lot better to a prospective purchaser.

Lenders and special servicers want us to come in and spruce things up — take care of things that have been neglected, such as painting the center and fixing up the landscaping. That will enhance the appearance of the center at a relatively small cost. We do see deferred maintenance.

The other thing we see is that the tenants have a negative feeling about the property. We have to turn that around and be responsive to them. We try to instill a feeling that we are going to make the effort to fix up the property and try to bring in more tenants.

In a recent project, we found that the retailers were mostly doing okay, but the goal was to try and make them feel better about the situation and have a more positive feeling about the landlord.

Retail Traffic: What steps do you follow when you take over a distressed property?

Carson: Usually on day one our property manager goes through every tenant’s store. We want to listen to everything the tenants have to say. They are a tremendous source of information. We may not get all the information from the old owner that we need. Later, we may organize a tenant meeting to try and have everybody collectively talk about things. That can be tricky, depending on the situation. But the first [step] is to spend a lot of time with each tenant.

With ITC Crossing — a bunch of us went up there the first day. We all have a very real sense of what’s going on and we are available to meet them. Each of us brings a specialty to the table and it assuages some of their fears. In a distress situation, a landlord may have been not so present. We make ourselves very present. In that sense, we’re also able to inform the new owner of what’s going on in the stores.

Retail Traffic: How do you deal with a property that may have a lot of vacancies?

Carson: We try to come up early on with a well thought out leasing strategy so we can target the category of tenants needed. In a lot of cases, we do have that tenant somewhere else in our portfolio. That gives us a bank of people to talk to. But we do also want to make sure the tenant is right.

Retail Traffic: How important is it to talk with the community early on to make it aware what’s going on with the property?

Carson: We meet with the town officials, the police, zoning officials and others just to tell them we’re on duty and that we will run things properly. Usually we find that there hasn’t been a good relationship with the town or no communication at all, and the town is wondering what’s going on.

You also get from these meetings a clear indication of what communities are looking for. Some towns have visions of all kinds of things happening that may not be realistic. We want to listen to those ideas and hear what their vision is. Those are very important relationships, and a lot of times they do get screwed up as a property deteriorates.