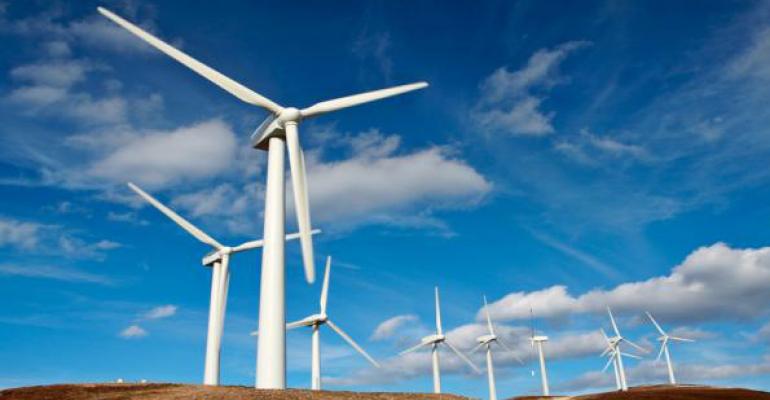 (Bloomberg)—An Italian construction company just sold its lease to develop a wind farm in waters off the New Jersey coast for $215 million, about 21,000 percent more than it paid only three years ago.

Toto Holding SpA’s U.S. Wind unit, which paid about $1 million for the lease off Atlantic City in 2015, resold it to Electricite de France SA, which plans to develop the site though a joint venture with Royal Dutch Shell Plc.

“The market was ripe,” Salvo Vitale, general counsel for U.S. Wind, said in an interview.

It’s the latest sign European energy giants are eager to build wind farms off the U.S. East Coast. Companies including Orsted A/S and Equinor ASA have invested in leases for sites from Massachusetts to Virginia as states offer incentives and the costs of installing massive turbines at sea fall.

Last week, three companies offered a record $405.1 million to lease parcels near Martha’s Vineyard off Massachusetts. That’s nine times the previous high mark of about $42 million for a site off New York’s Long Island in 2016.

Interest in U.S. offshore wind has surged since 2016, when the nation’s first, and thus far only, project was completed off Rhode Island. The developer, Deepwater Wind, agreed to be bought in October for $510 million by Denmark’s Orsted, the world’s largest builder of offshore wind farms.

While offshore wind costs have fallen dramatically, it remains one of the most expensive ways to generate electricity. The 600-foot-tall (183 meter) windmills also draw opposition from commercial fisherman and coastal property owners, as evidenced by the failed Cape Wind project off Cape Cod that was scrapped after more than a decade of litigation.

Efforts to build wind farms in waters off New Jersey stalled under Republican Governor Chris Christie, who effectively blocked projects by never fully implementing a program to subsidize them. His Democratic succession, Phil Murphy, ordered regulators to make plans to resume development when he took office in January.

When U.S. Wind bought the lease in 2015, developers still viewed the American market as risky and, hence, there were fewer bidders than today, Vitale said. The company plans to use profits from the sale for projects it’s planning off Maryland and South Carolina, he said.

“In 2015, the market was empty,” Vitale said. “We were able to secure the New Jersey lease at a very competitive price.”