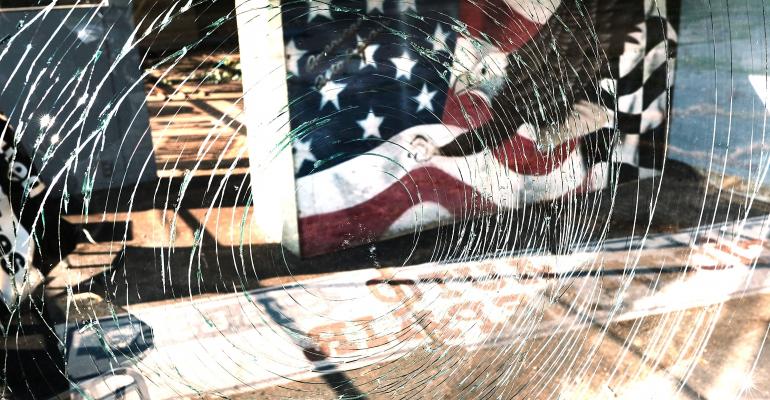 The American Cities Left Behind Now Get Their Turn: Conor Sen

(Bloomberg View)—The past decade has divided U.S. geography into haves and have nots. The haves: educated, wealthy communities in large metro areas like New York and San Francisco. The have nots: places with structural problems like cities in the Rust Belt; communities that suffered the worst in the housing bust like Riverside, California; plus perhaps smaller and mid-size cities that lack the infrastructure, amenities and diverse economies of larger metro areas.

There's good news for those left-behind places. The strength and breadth of the current economic expansion is finally about to give them a chance to adapt and reorient themselves as we look toward the next decade.

Price begins to explain their moment. In the highly educated, coastal urban hubs, housing costs have become exorbitant. That's been the case for years now, which has led to rising housing costs in metro areas "one step down" from those primary hubs. In the western United States that's meant Seattle, Portland and Denver. In the east it's meant places like Philadelphia, Nashville, and the Research Triangle in North Carolina and Atlanta. But now even those places are grappling with affordability crises, forcing budget-strapped people to consider places in a third, more affordable class of metros.

Additionally, a job market as strong as the one we have now increases labor mobility. Workers have more employment options, so they're more likely to quit their jobs and look for new ones. This tends to increase migration from the Northeast and the Midwest to the South and the West, and from high-cost cities into lower-cost cities and suburbs.

All of this represents an opportunity for left-behind places. But unlike places like New York or San Francisco, or the next tier of places like Denver and Nashville, there are reasons they've been left behind until now. Rust Belt cities struggle with poor demographics. Housing-bust communities like Riverside struggle to build more balanced economies less reliant on real estate speculation. Mid-size cities lack the global airports and deep talent pools that bigger metro areas have.

But while these three types of communities may never be able to match up to their more desirable counterparts, they can still offer value to people and come up with better models than they have today. Urban downtowns have been revitalized by converting old factory buildings into loft offices and apartments. Rust Belt cities have plenty of old factory buildings. The Wall Street Journal recently covered the effort in Fort Wayne, Indiana, to convert an old General Electric factory complex into a $440 million loft office-and-apartment development.

The approach for "busted suburbia" like Riverside is to give the communities more of an urban feel. That might mean mid-rise apartment buildings and mixed-use developments instead of strip malls on major corridors, and townhomes with some walkable amenities replacing some neglected neighborhoods of single-family detached homes. Additionally, by creating "nodes" with somewhat higher density, you create the scale for public transit to make more economic sense for city governments and have more value for residents.

For mid-size cities, the answer might be emphasizing what makes them unique. Whether it's mountain towns in the West, grittiness and character of the Rust Belt, or the mix of old and new in the South, most mid-size cities have something distinct about them that can be appealing to both locals and potential migrants. Additionally, because they're smaller, it's often easier for them to move quickly on retrofits like bike trails and walking paths.

One of America's great strengths is its diversity -- in its people, its geographic regions and in its urban form. With a strong labor market and persistently high hurdles to affordable housing in our most desirable metro areas, this could be the moment that provides our greatest opportunity to build communities of all types that can succeed in the 21st century.