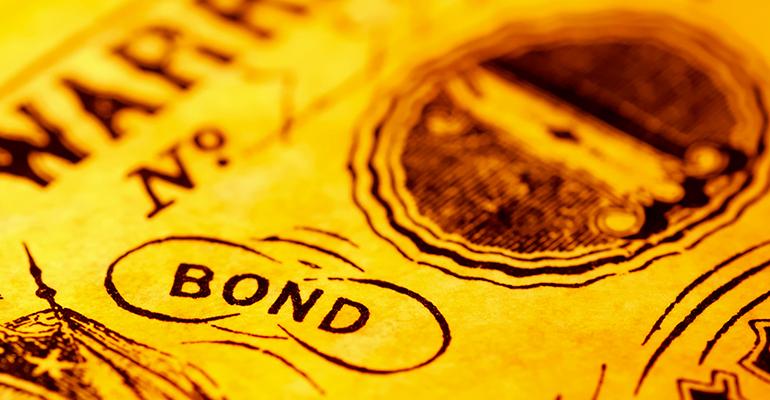 What mortgage bonds have going for them is that they trade often.

(Bloomberg)—Money managers who have gorged on corporate debt this decade are increasingly worried about how they’ll shed their holdings when the credit cycle turns, and some are now opting to instead buy the most actively traded mortgage bonds.

The demand for government mortgage bonds from investors like BlackRock Inc. and BNP Paribas SA’s asset management unit has been enough to make the securities one of the better performing debt sectors this year in the U.S.. That’s a surprising turn given the headwinds for the more than $8 trillion market, including the Federal Reserve’s plans to continue hiking rates, which it reiterated on Wednesday, and the central bank’s shrinking holdings of the debt.

"We haven’t found an overweight in agency mortgages to be interesting in quite some time, but it is now," said Rick Rieder, global chief investment officer of fixed income at BlackRock, the world’s largest asset manager. He said the firm, which manages $6.3 trillion of assets, has been adding to its position and likes the ease of trading the securities.

What mortgage bonds have going for them is that they trade often. An average of around $221 billion of the securities changed hands daily in April, compared with about $32 billion of company notes, according to the Securities Industry and Financial Markets Association, a trade group. The liquidity means that if clients start demanding their money back, fund managers will have more assets they can easily sell.

Major money managers have been concerned about liquidity for corporate bonds for years. Boston-based firms including Fidelity and Loomis Sayles met with nine of Wall Street top’s banks in 2012 to discuss the decline in trading volumes in the securities, according to the Financial Times. BlackRock released a white paper in September 2014 in which it said that trading in corporate debt was "broken," and recommended fixes including more electronic exchanges and encouraging companies to issue debt with more standardized terms to reduce complexity in the market.

For about the last decade, money managers have been much more interested in buying corporate bonds than selling them. With Treasuries paying low yields, investors could earn an extra one or two percentage points of income a year by buying company debt, and were eager to do so. Corporations were happy to oblige, and their outstanding debt swelled by around two-thirds to more than $8.8 trillion as of the end of 2017.

To earn that extra yield, investors were taking at least two kinds of risk: that companies would grow more likely to default on their obligations, and that money managers would later want to sell their corporate securities and would struggle to find buyers. Both of those concerns, known as credit and liquidity risks, are worth preparing for now, said John Carey, head of structured securities investments at BNP Paribas Asset Management.

"We have been concerned about corporate credit and the substantial give-up in liquidity," said Carey, whose firm manages $683 billion. "Folks are waking up to the idea that the best days of the corporate credit cycle are probably behind us." Carey said he’s been buying government-backed mortgage bonds when he can take advantage of recent volatility in the space.

Investors’ growing fears about credit risk are evident in at least some corners of the debt markets. The prices of guaranteeing baskets of high-yield and investment-grade corporate bonds against default in the credit derivatives market has been rising this year, and returns on both the classes of debt are negative.

Investors’ concerns about defaults, though growing, still appear to be modest. The riskiest junk bonds have generated positive returns this year, and many money managers have said they are more alarmed about rising interest rates, at least for now. Longer term, money managers including Guggenheim Partners, Pacific Investment Management Co., BlackRock have expressed fear that a day of reckoning is coming after the last decade of swelling corporate debt loads.

Mortgages on the other hand have recently been a bright spot. In April, the Bloomberg Barclays U.S. MBS Index had its best monthly performance since September. Excess return over Treasuries was 0.18 percent and trading volumes have been on the rise.

Not all strategists are sure that mortgage bonds are a great place to put money instead. Analysts at top firms including Citigroup Inc. and Wells Fargo & Co. are advising investors to underweight the securities because the Fed is gradually reducing its holdings. After nearly a decade of buying mortgage-backed securities and Treasuries to help juice the economy after the financial crisis, the Fed began to allow its holdings to run off last year.

The U.S. central bank is reducing its mortgage book at a rate of up to $12 billion a month, flooding the market with supply. That deluge is set to get bigger when the offloading rises to $20 billion a month this fall. Buyers like asset managers, banks and real estate investment trusts need to absorb the securities.

Another headwind for the bonds is rising interest rates, which reduce the proportion of homeowners that refinance their mortgages. An index of U.S. home loan refinancing activity has dropped by about 60 percent since July 2016 as U.S. mortgage rates have risen. That’s turned the bonds into longer-term securities that may end up paying lower total returns than they would otherwise.

Investors that are buying mortgage bonds note that the securities pay higher yields than Treasuries. BlackRock’s Rieder has been looking at shorter-duration mortgage bonds, which can yield around 0.22 percentage points over Treasuries but carry the government’s guarantee, a better bet in his estimation than the roughly 1 percentage point extra yield that U.S. investment-grade corporate debt is paying now.

Paul Norris, head of structured products at Conning & Co., which manages $123 billion, said he’s been advising clients to overweight mortgage securities in their portfolios instead of alternatives like BBB rated company debt. He points to bonds like 3.5 percent coupon Fannie Mae securities, many of which yield 3.6 to 3.7 percent, putting them on par with yields on blue-chip corporate bonds maturing in three to five years.

"These are good opportunities to add," Norris said. "If spreads were to widen in corporates, we think mortgages are just going to outperform."